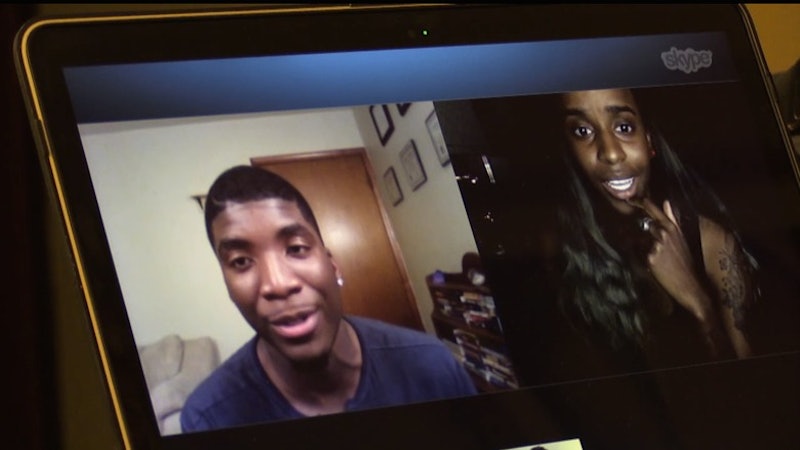 On Wednesday night viewers saw a classic Catfish story with a twist of little to no regret at the end of the episode, which is always a little bit unsettling. Harold and Armani began speaking via social media, as usual, and there were certain things that made this Catfish story seem hopeful. First, Armani had supposedly dated someone that Harold knew, so that seems like a point in the right (real) direction. But all of that eventually unfolded into a classic catfisher, named Tamila, a woman who seemed to have no remorse for her online deceit.

So Harold seemed like a good guy in this episode. He was hopeful to fall in love with Armani — even though he was judgmental when he saw Tamila's photos —and had been through a lot of tough things before college began. Overall, he seemed like a guy who let down his guard and trusted Armani, even though we all know that he was bound to have his heart broken. Well, the episode might have ended with Harold not meeting the real Armani (which Angel Haze, co-host of the week, had a lot to say about), but Harold did find a little fame from the episode, and he is not hating it. Here's what he and Tamila have been up to since their Catfishstory ended.

Harold has definitely enjoyed the attention he has been given from the show. If you go onto his Twitter, he's giving shout outs to his other social media accounts for his new found "fans." It almost seems that the attention is the only reason why Harold went on the show. Which is why this series of tweets (which were deleted by Thursday morning) raises so many red flags.

So while the episode aired, Harold took to Twitter to claim that the episode wasn't real.

According to the end of the episode, Tamila had reached out to Harold a few times but never received any word back. Can't say I blame the guy. But Tamila wasn't working this Catfish alone, as her friend Babay Gotem Madd was also in on it. Tamila's social media accounts don't have much action (her last tweet was from 2009), but "Baybay Montana" (aka Babay Gotem Madd) has posted on Facebook since the episode aired, and posted a comment saying that it was "all cash n laughs" on her and Tamila's end.