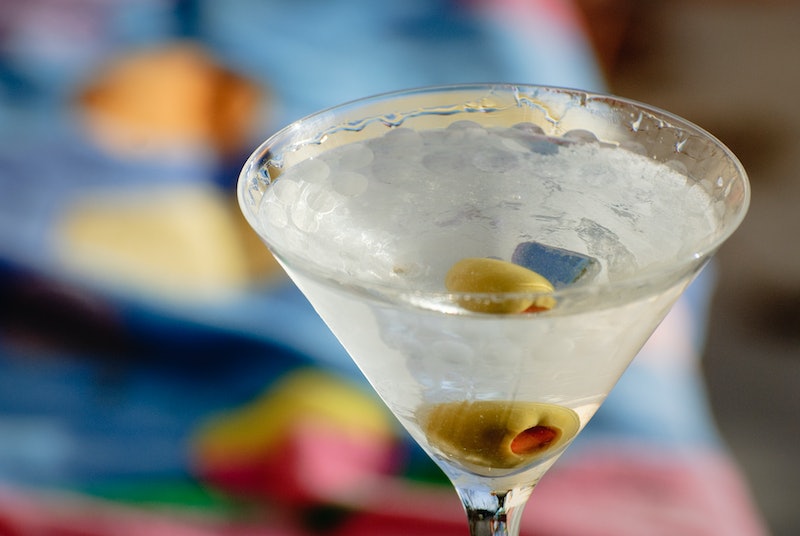 Senior editor-in-chief of The Alcohol Professor and 10-year veteran of the beverage business, Amanda Schuster highlights the considerable progress she's seen within the last few years alone. For instance, she's seeing brand ambassador positions being increasingly offered to women. At tasting events, she notices far fewer eye candy "models" in place of knowledgeable female brand representatives. And Schuster is quoted as saying, "Women are holding top positions at breweries, wineries, and distilleries more than ever before, running the marketing and distribution agencies that promote them. Women bartenders are now commanding as much respect for their talents as their male colleagues."

But don't get me wrong, this doesn't mean that us ladies can start dropping mics left and right. Because much like the political and professional arenas, gender stereotypes are still alive and well within the liquor industry — precisely why it's important for us to showcase our social progress, applauding the amazing women paving the way for others to transcend conventional gender roles — whether you're a fan of booze or not.

So with that in mind, I now give you the spirited women working hard to inspire change within the liquor industry, just by doing what they love most.

Who she is: Marrero is a former bartender turned beverage director turned entrepreneur, who now creates premium cocktail programs for her catering company, Drinks at 6. She also serves as the New York chapter president of LUPEC (Ladies United for the Preservation of Endangered Cocktails), and is the co-founder of Speed Rack, the nationwide cocktail competition that aims to spotlight the top female mixologists of the country while raising money for breast cancer research, education, and prevention.

Why you should know her: As a leader of LUPEC, not only does Marrero know how to chip away at the patriarchy while having a good time, she also knows how to give back to the community. On March 8, International Women's Day, LUPEC teamed up with Ladies of American Distilleries (LOAD) to organize the "LOADed Passport Program," a night out in New York City where a $35 ticket bought like-minded lady bon vivants a night of craft cocktails and sizable donations to Bottomless Closet and Toklas Society — two hospitality-centric non-profits working to empower women through professional development.

Who she is: Quintana is the first woman to become Maestra Ronera of Brugal Rum and, at 29, is currently the youngest Master of Rum in the industry.

Why you should know her: Quintana has led the company to become a world leader in the premium rum market using the same aging processes that took place when production was handmade in the Dominican Republic in the late nineteenth century. Quintana believes there is definitely a new wave within the spirits industry, which is increasingly offering more opportunities for female master blenders.

Who she is: Bovis is the founder of The Liquid Muse, the consulting, educational, and catering resource for spirit companies, bar professionals, event coordinators, and home entertainers.

Why you should know her: Bovis has authored three cocktail books, and as the co-creator of certified organic OM cocktails, serves as the leading voice in the garden-to-glass movement, marrying organically grown fruits, vegetables, and herbs with craft cocktails. Bovis' culinary passion is palpable as the producer and host of the web series Edible Cocktails: Kitchen Meets Bar.

Who she is: Ridgway is the Brand Manager and Ambassador for Highland Park Single Malt Scotch. She's also a member of the exclusive Les Dames d'Escoffier International — the only worldwide philanthropic society of professional women leaders in the multifaceted fields of contemporary gastronomy and hospitality.

Why you should know her: Ridgway's expertise in the spirits arena can be traced back to a 25-year career in hospitality comprised of rigorous education programs at more than a few famous distilleries including The Famous Grouse, Cutty Sark, The Macallan, and Highland Park. She's currently covering a lot of ground, traveling the country educating consumers on Highland Park's Norse heritage — but Ridgway is so down to Earth she's somehow able to make the stunningly complex Valhalla collection accessible to non-Scotch drinkers like me.

I'm both proud and privileged to see these female leaders moving mountains within a once dominated male arena. To quote Emma Watson on International Women's Day,“We need yin and yang. We need that balance. We need female representation. We need leadership. Women have so much to offer." Emma's right. We do have so much to offer — and these spirited women of the liquor industry are living proof.

More like this
An Open Letter To The Person Who Bought Steve Jobs’ Birkenstocks For $218,000
By Ginny Hogan
8 Money Saving Experts To Follow For Accessible Advice
By Maxine Harrison
Here's How To Support Jewish People Amid Rising Antisemitism
By Hannah Orenstein
Prince William Condemns “Unacceptable” Comments Made To A Black Guest At Buckingham Palace
By Shahed Ezaydi
Get Even More From Bustle — Sign Up For The Newsletter