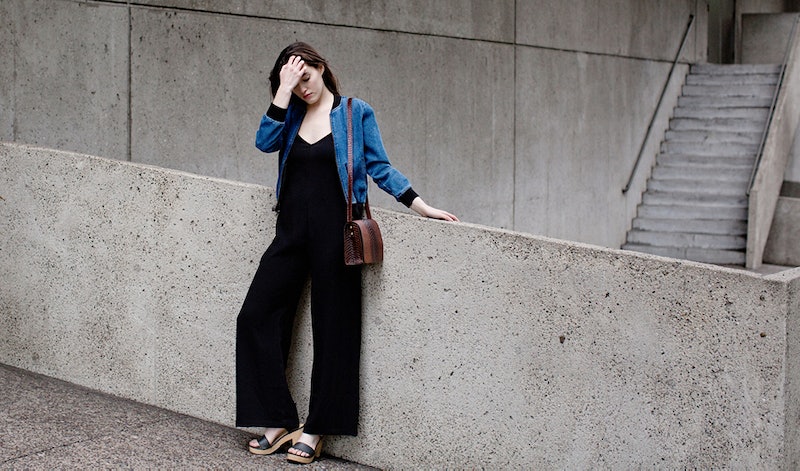 American Apparel is no stranger to controversy. The major retailer has made more than its fair share of odd and sometimes misogynistic decisions. In fact, the past few weeks have been particularly harsh. But, we've got to say, American Apparel erasing pubic hair and nipples from their website is nothing short of weird.

Just this week, the retailer had an ad banned in the UK. The ad featured a model who appeared underage in a spandex thong body suit. Plus, a couple of months ago, the brand decided that posting up-skirt photos in a back to school ad was a good call. Now, despite proudly featuring mannequins with pubic hair last year, American Apparel has decided to confuse and utterly bamboozle us again.

Customers and curious internet window shoppers alike are accustomed to seeing provocative photos on the website. The brand has not been shy about showing the nipples and nether regions of their models. Now, however, it appears as if the brand is having second thoughts since the release of controversial founder, Dov Charney. In an interview with Marie Clare, new CEO Paula Schneider noted that the brand needed "tweaking." So, maybe this is what she meant. Check out the images before and after and take a look for yourself at the weird photoshop job.

Regardless of the rationale, the move leaves me feeling all kinds of uneasy. Whether the brand is making a move to become less controversial or just trying to shock us again, the erasure of both pubic hair and nipples feels as if the retailer is attempting to erase markers of female sexuality. So, basically, let's maybe rethink the brand, okay?