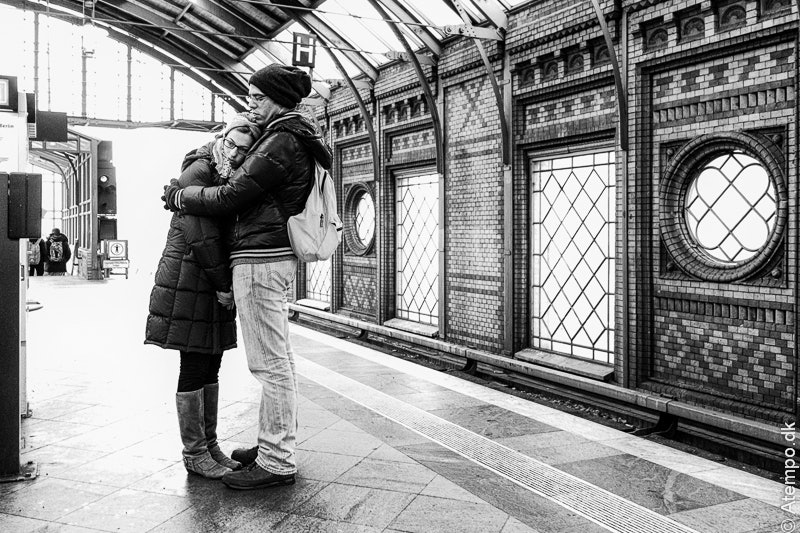 It's one thing to deal with depression in friends or in yourself; it's another thing entirely to have a romantic relationship with a depressive partner. Boyfriends and girlfriends, in their intimate closeness with their partners, are exposed to the real deal about depression: the difficulty getting out of bed or eating, the self-hate, the inability to feel pleasure. Particularly if you're living together or married, the harsh realities of a depressive partner can be pretty overwhelming. I know this because I've been through it as the partner with depression — and I'm here to help out.

Because chances are that, if you're dating, you'll encounter a partner with some degree of depression at some point. The statistics are pretty staggering: the last time the U.S. Government did a census, in 2012, 6.9 percent of the adult American population had had at least one major depressive episode in the past year. That's 16 million people in the American dating pool who are also dealing with this.

As a person who was diagnosed with clinical depression and will celebrate her second wedding anniversary this year, I'm here to tell you that you can do it. Romantic, happy, sexually fulfilling relationships with depressive people are entirely possible.

If you're struggling, here are 13 tips to make it a bit easier.

If you haven't experienced depression before, and a new cool person you're dating reveals that they're suffering from it, I understand the instinct to run a mile. But take a deep breath. This isn't "drama" or "damage" or "baggage": it's a person opening up to you about an illness.

If you're unfamiliar with depression, educating yourself is the next big step. Knowing the facts about depression will dispel any myths you've picked up, and prep you to understand that, while it is a big deal, it won't stand in the way of you having a fun relationship full of adventure and smooches.

2. Encourage them to seek help, and support them while they do.

Depression needs treatment, but seeking treatment can be especially difficult for depressed people. One of the best things you can do as a partner is to encourage every step they take towards getting help, whether it's through therapy, prescribed drugs, support groups, whatever. And keep them motivated when it gets hard, which it will.

It can be tough to do it diplomatically — particularly if they're resistant — but make it clear that you're a team, rather than bossing them around. (A partner who refuses treatment for depression is a serious problem: offer to help as much as you can, including attending therapy sessions with them, but if not, seriously consider leaving the relationship.)

It's hard to believe, but serious clinical depression has nothing to do with you. A partner having a depressive episode isn't trying to insult you or make you feel lonely, and it's not fair for you to feel like a failure for not "snapping them out" of it.

Try to think of it as medically as possible. There are triggers to depression, as with any disease: periods of dwelling on their situation, dropping out of treatment, anniversaries of bad things, being harshly judged, or feeling severely stressed. Sometimes it just comes out of nowhere. And unless you're triggering it, it's not your fault.

4. Monitor their self-care, but don't mother them.

Self-care is up there with getting help as the most important aspect of depression in daily life. Partners often have to take on a bit of an awareness role. It's pretty basic: make sure your partner's awake, out of bed, eating healthily and on time, getting out of the house, and so on.

It sounds like you have to be their mother — but you don't. Other people will hopefully be monitoring it too, and you don't have to nag or be neglecting your own needs to make it work. It eventually becomes second nature — and it's a pretty lovely way to show you care.

One of the most important things you, as a partner, can provide a depressed partner is a safe, nonjudgemental space for them to talk about their mental illness and how they're feeling. Ask them questions and try to understand what they're feeling.

This doesn't mean you have to be up for talking about it all the time. You have boundaries too, and your own problems, and it can sometimes feel as if just being a little sad doesn't deserve as much air time as a full-blown illness. But be aware that this is not a competition.

6. Be adult about the implications for your sex life.

Depression and sex are sometimes a tough mix. Depressive episodes are a known squasher of libidos, and people on antidepressants often report a lowering in sex drive too.

The best way I can advise to deal with this is adult honesty. Be frank about what you need and try to work together to keep yourselves satisfied, without letting the depressed partner feel guilty or like a failure (which is really not going to help). Again, teamwork will help — as will sex toys.

7. Be prepared to pick up some housekeeping slack.

One notorious thing to fall through during bad depressive episodes? Housework. If a partner can't get out of bed, then the chances of them cleaning dishes or scrubbing the shower are pretty low.

This is just a reality of the situation — and, if your partner's only just entered treatment or is experiencing an unexpected episode, it's one you might have to cope with, temporarily. Encourage them to help out and try not to be resentful: just talk about how to manage with them. Tasks like grocery shopping, which get them out of the house, might be better suited during severe depressive spells.

8. Never use depressive episodes as a weapon.

This is a massive no-no. Throwing the fact that they didn't do something for you because they were depressed in their face may be tempting sometimes, because depression is frustrating and harassing and invades your life (trust me, it's like that for sufferers too) — but do not give in to the temptation.

Making depressive partners feel guilty as hell about having depression and what it's doing to you, a person they love, is a sure-fire trigger and will make things worse. It's also cruel.

9. Know the warning signs, and tell them if you see them.

This is another awareness trick. Every depressive episode has its own pattern, and there are often warning signs in the weeks leading up to a major one. Once you've known your partner for a while — or they've told you what to look out for (they may know, but might not be aware at the time) — you'll be able to pick up on them.

Patterns include increased sleep, disturbed sleep, increased self-doubt, and talking negatively about themselves, eating less regularly, having anxiety or stress issues, refusing to do things they previously enjoyed, or dropping out halfway through.

10. Nip negative self-talk in the bud.

Depressed people are never just lightly castigating themselves for things. If they're talking about how terrible, unloved, unlovable, and unworthy they are, take it seriously, and pick up on it as soon as it turns up.

This is called negative self-talk, and it's a big part of how depression keeps itself lodged in the mental patterns of the mind: by repeating mantras like YOU ARE AWFUL and YOU MAKE MISTAKES. Having somebody around to challenge those thoughts gently is a good way to bring depressive partners back towards rational thinking in the moment.

11. Reassure them that you love them.

Even depressive people having treatment will probably feel bad for the burdens they're putting you through, the impact on your sex life and the other minor havoc they think they're wreaking. They'll need you to tell them it's OK.

It's good to make sure this doesn't slip into a pattern, through. Try this: whenever it comes up, mention you're only going to say the reassurance once. That way you won't be repeating yourself all afternoon: once can be all it takes.

It can be aggravating to have a third person in your relationship, which is basically what depression feels like — and to have its needs and requirements seem to trump yours whenever it pops in for a stay.

You're going to have to go through the process of accepting that the depression, while it can be managed, will always be there on some level, and that it's part and parcel of your partner — not something you wish would go away. It's who they are.

13. Allow yourself to feel frustrated and tired.

It's completely normal for depression in another person close to you to drive you up the wall. It's hard work. You need your own space to feel what you feel about things, but it's something you really should keep away from your partner, for both your sakes.

Always seek support, tell other people what's going on, and look for networks who can give advice and help out. Don't hide it away as something private or shameful: make your decision as a team about who should know what. And always keep yourself healthy and sane.

More like this
5 Signs You Have A Toxic Relationship With Yourself
By Lexi Inks
My Partner Wants Me To Wear A Diaper During Sex. Help!
By Sophia Benoit
12 Anti-Valentine’s Day Memes For People Who Are So Over Romance
By Meghan Bassett
12 Aphrodisiac Desserts To Spice Up Your Valentine’s Day
By Kaitlyn Wylde
Get Even More From Bustle — Sign Up For The Newsletter
From hair trends to relationship advice, our daily newsletter has everything you need to sound like a person who’s on TikTok, even if you aren’t.