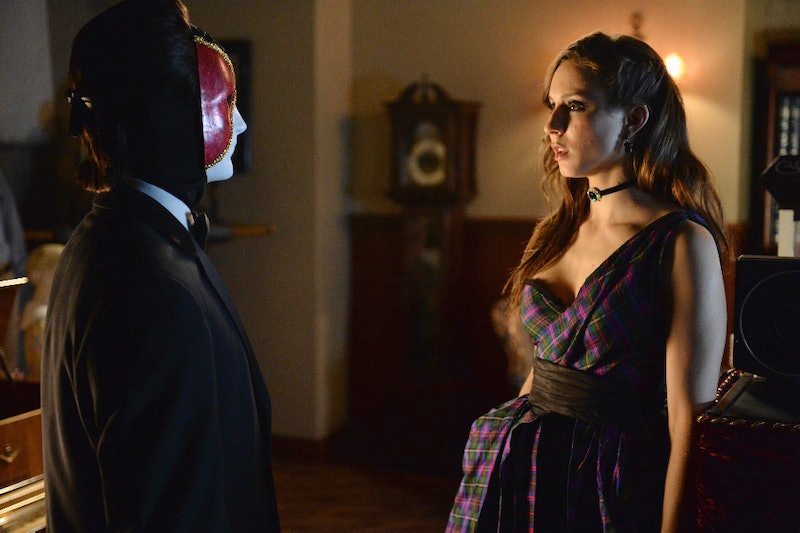 Are you still reeling from Tuesday night's Pretty Little Liars Big A Reveal? Obviously you don't have to answer that because, if you're the PLL fan that I know you are, you're definitely still trying to process that Charles DiLaurentis is Big A and possibly Jason's twin on PLL. Even though the reveal at the end of Season 5's finale, "Welcome to the Dollhouse," wasn't what we were all expecting or hoping for, every PLL fan is already looking forward to Season 6. Partially because I Marlene King revealed the Pretty Little Liars Season 6 premiere title but mostly because we still have so many questions following the Season 5 finale. Typical Pretty Little Liars, right?

At this point, I have to give props to King for managing to convince us that we're going to get all of the answers when, really, she's just throwing another handful of puzzle pieces at us. Which is why, after the extremely hyped Big A Reveal, PLL fans — myself included — were left feeling less relieved and informed and more ready to rip our hair out trying to piece all of this new information together. So, Charles is A. That's all well and good, but WHO THE HELL IS CHARLES?

Here are 39 questions that Pretty Little Liars' Big A Reveal and Season 5 finale posed (including: What the heck is up with Charles?) that need to be answered in Season 6.

More like this
The 'PLL: Original Sin' Creators Say A’s Identity Will Be “Very Clear” By The Season Finale
By Alyssa Lapid
Every Horror Movie Reference In The 'PLL: Original Sin' Premiere
By Alyssa Lapid
Everything To Know About 'Evil' Season 4
By Meguire Hennes
Everything To Know About 'P-Valley' Season 3
By Meguire Hennes
Get Even More From Bustle — Sign Up For The Newsletter