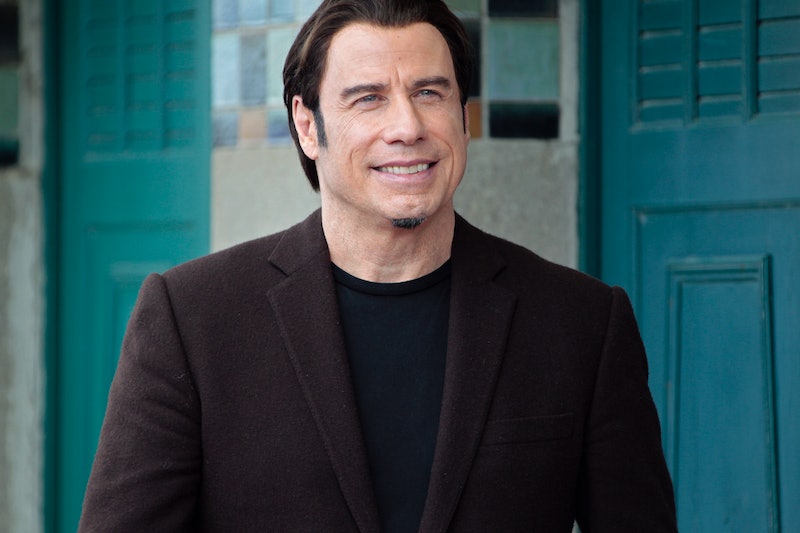 It's an understatement to say that HBO's Scientology documentary Going Clear is shocking. The film is packed to the brim with interviews with former Scientologists and the journalists who've investigated the church, videos from Scientology-sponsored events, news reels, and documents from the church. It's almost too much information to handle, but from the avalanche of testimonials and information, come nuggets of truly intriguing claims. One that stands out dramatically is that of John Travolta's former friend & former Scientologist Spanky, aka Sylvia Yvonne Theresa Piñón.

Spanky was also a source for the book HBO's documentary was based on and a source for The Underground Bunker, a blog dedicated to unearthing dirt on the church; she has claimed that the church "trapped" her former friend after she left. The documentary gives extra credence to Piñón's testimonials by bringing this woman and her still seething anger and sadness into our homes. It would be easy to forget her as a witness on paper, but watching this woman cry about the injustices she claims she was victim to is something that will never leave my mind.

In response to the documentary, The Church of Scientology has released this statement:

In the HBO doc, Piñón doesn't just detail her own alleged injustices (she says she was forced into manual labor, allowed to sleep only three hours a night — sometimes on a wet mattress on the roof of the Scientology center, and that her newborn baby was left unattended and extremely ill in the children's area of the building). Spanky says that she was allowed contact with the outside world because she was friends with Travolta and that she was instructed to get Travolta to set up a private screening of Saturday Night Fever for the church.

When she reached out, she says that Travolta was actually upset with her for allowing herself to be treated so poorly and that he only agreed to release his private copy of the film under the condition that he and Spanky meet afterward. Unfortunately, according to Spanky's account, she was forced to cancel on Travolta and later escaped the church with the help of a friend. It's pretty dark stuff, but what's interesting is that if Spanky's testimonial is true, Travolta was pretty disillusioned with the church during her alleged hardship. It brings into question more recent Travolta interviews in which he sings jubilant praises of his church and its members.

Later in the documentary, Spanky offers much of what we saw in the book Going Clear: Scientology, Hollywood, and the Prison of Belief, namely that Travolta was "trapped." The doc and Spanky claim that the church had dirt on Travolta — seemingly hinting at the rumors about his sexuality that continue to circulate about the actor — and that that the dirt was buried, seemingly at the hands of the powerful organization, hence Travolta's return to the fold.

It's nothing all that separate from headlines we've seen circulating around the internet for years, but adding this woman's tearful visage to the pile of evidence certainly makes everything feel more concrete for the viewer. The doc claims that representatives of the church declined to be interviewed and tell their side of the story, but to say that you were unmoved by Piñón's emotional and incredibly brave testimony (especially in the face of many ex-Scientologist's claims of post-exit harassment throughout the doc) would be a bold-faced lie.

More like this
Where Is Oscar Torres In 'Only Murders In The Building' Season 2?
By El Hunt
The “Beatrice Six” Were Awarded $28 Million After Their Wrongful Convictions
By Brad Witter
It Took Investigators 23 Years To Correctly Identify Helen Wilson's Real Killer
By Brad Witter
Jurnee Smollett’s Heart Is Healing
By Rebecca Carroll
Get Even More From Bustle — Sign Up For The Newsletter