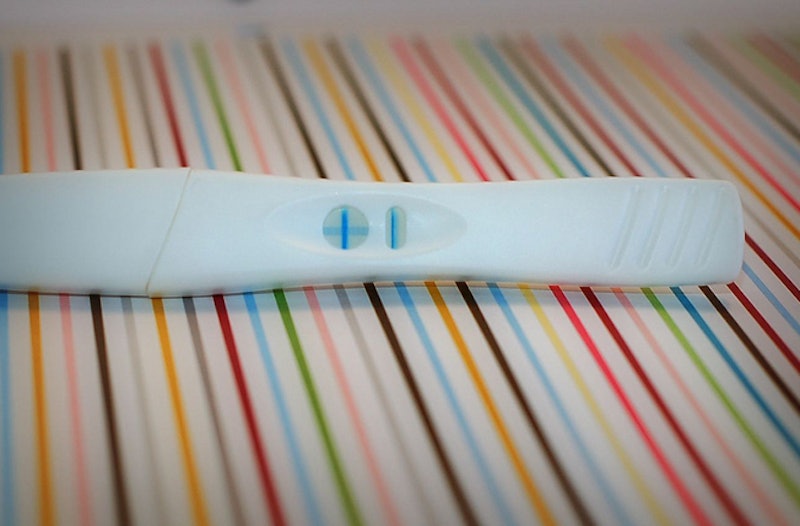 One of the best parts about getting pregnant is the sex that it takes to do it. Hell, that’s the reason we all have sex as much as possible, you know, because we’re practicing for the real thing. But while straight couples get to conceive the old fashion way, lesbian couples don’t have that luxury. Acquiring sperm and the insertion process is anything but sexy. Turkey basters should be left for basting turkeys and who in their right mind wants to stick a syringe in the vag of their loved one? Honestly, the process is pretty unfair, so Stephanie Berman wanted to change that and make the experience more intimate for she and her wife.

As Berman told The Daily Beast:

“I had a syringe loaded with sperm and a headlamp on because I wanted to see what I was doing. Imagine your partner wearing a headlamp and coming at you with a syringe. It kind of makes you chuckle because there is nothing sexy about that.”

So, she created The Semenette, that’s both a sex toy and a means of ejaculating sperm into her partner void of things like turkey basters, which are very rarely considered sexy. This isn’t just great for the intimacy and pleasure factor, but biologists have found that sex that produces an orgasm results in a greater chance of conception. All that muscle action that comes with climaxing does wonders to retain the sperm and upping those odds of making a mini-you.

The Semenette is not the first toy that ejaculates, but what makes it different is that it keeps the sperm in a sterile environment so the integrity of the sperm isn’t compromised. And once you toss in the fact that it’s designed to get you off and is apparently more authentic feeling than other ejaculating sex toys, it looks like Ms. Berman has come up with a product that’s going to make millions of lesbian couples trying to conceive really happy. (Sperm not included!)