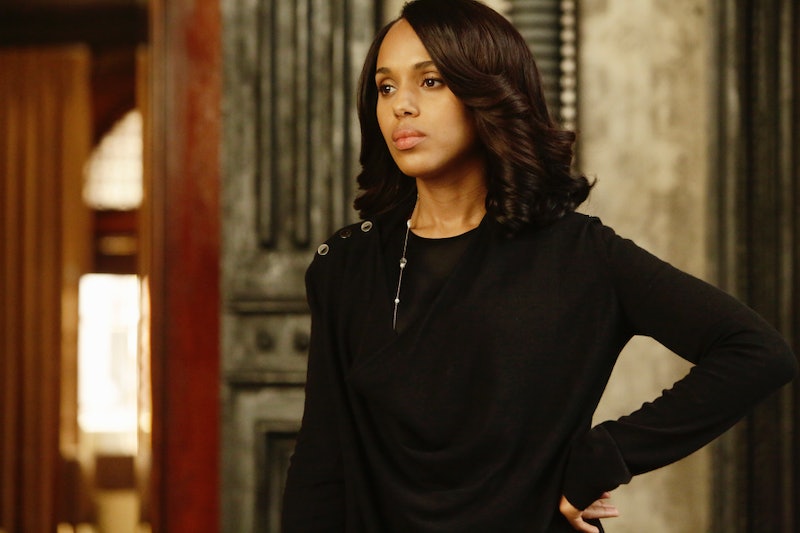 From the very first episode, Scandal has never been an incredibly realistic show. The characters are relatable, and the storylines are always interesting, but as for reality? It has no place in the Scandal universe, and that's something I've always been OK with. However, this season, we've been hit with some pretty outlandish stuff. Olivia Pope getting kidnapped and auctioned off? Really? I can totally understand why this would give fans pause about where the future of this show is headed. But as a major Shonda Rhimes loyalist, I have to say this: Don't quit Scandal — it hasn't actually jumped the shark, and even if I'm wrong and it totally has, it's still a show that's worth watching week in and week out.

If you're over it, I totally get where you're coming from. In what world would the whole kidnapping scenario have played out like that? Add that to the whole Cyrus wedding storyline and already I can see why some fans would decide they're done. But I see it differently. Even though certain plot points have definitely made this season hard to swallow, I'm still compelled to tune in every week to find out what happens next. I still have a vested interest in the people who populate this alternate reality version of Washington DC. And honestly, this show has been too amazing for too long to give up on it now, even if people on Twitter are constantly threatening to leave the Shonda flock.

After all, doing the completely unbelievable has been a trademark of Rhimes' shows for as long as I can remember. Obviously, Grey's Anatomy has, in theory, jumped the shark more times than I can count, but 11 years later, I'm still watching. I'm OK with letting Rhimes and her writers do whatever they want to on Grey's andScandal, because even if her characters are put in a situation that would never happen in real life, they will always handle it in a way that's true to their character and their character's history, and that's what's important in a TV show to me.

It's important to remember that, at its core, Scandal is about one of the strongest female characters on TV right now. That alone makes the show worth seeing through to the end. We don't get a lot of Olivia Popes, so when a woman of color is portrayed as an independent, successful, powerful figure in the nation's capital, we need to pay attention, and put our suspension of disbelief to work when her storylines get too outlandish.

Plus, don't you want to find out what happens when Mellie runs for president? It might not be realistic, but I will follow this show into the B-613 hole in the ground in Season 380 if I have to.