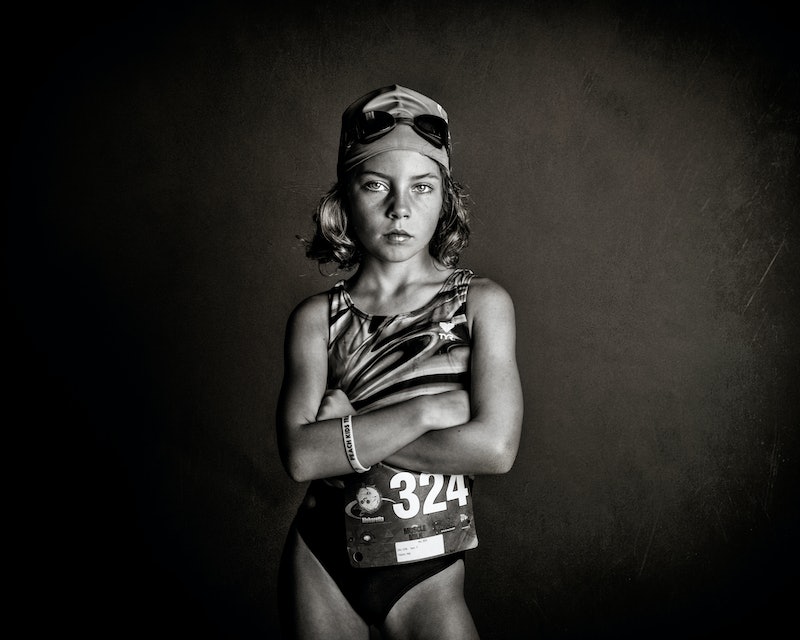 One of the most pressing concerns for parents in our extremely media-influenced age is trying to communicate the right messages to young girls about body image and self-esteem. Impressionable young girls are often conditioned to think that they should draw their confidence from their physical appearance — their clothes, makeup, the way that they style their hair are portrayed as being more important than anything else about them. I mean, we all know the deal: The world is basically an overwhelming hammer of messages meant to convince malleable little minds with often damaging ideas what how they should look, who they should be, and all the many, many things that are "wrong" with them. But the powerful "Strong Is The New Pretty" photo series challenges traditional notions of what makes little girls awesome, depicting young girls who are empowered not by their looks, but by living their fullest, most fearless lives.

Nobody was better equipped to capture these images than photographer Kate. T Parker, a former college athlete who runs marathons and completed the famously impossible (OK, impossible for me; Clearly, some people can actually do it) Ironman Triathlon. She created the series after being inspired by her own two daughters, who seem to have taken after her in wonderful ways. The photos feature girls in all stages of play and triumph: running races, learning to roller blade, taking a water break during a soccer match. They all have a spontaneous and unscripted feel to them, perfectly capturing the the quiet beauty that comes from sense of accomplishment or rising to a challenge. Each image is captivating and tells its own complicated story, so much more rich than a simple picture of a girl posed and smiling.

Kate wrote about the series in a blog post:

"My girls know that who they are is just perfect.

Being themselves is enough for us. And ultimately, for them, too…that’s the goal, at least.

They don’t need to have their hair done, clothes matching, or even be clean to be loved or accepted.

We love them as they are, loud, dirty, competitive…just like my parents loved me for being um, the exact same way :). I wanted this series of images to show their boldness, their strength and the beauty in them, as they are."

The photos capture the beauty in the most ordinary and uninhibited of moments, when girls aren't trying to be anything for anyone but themselves.

Kate is based in Atlanta, Georgia, where she works full-time as a professional photographer. You can see more of her work on her website, her Facebook page, or her Instagram page.

More like this
Jenna Ortega's Hair Routine Occasionally Involves Washing Out Fake Blood
By Olivia Rose Ferreiro
The 12 Best November 2022 Beauty Launches, According To Our Editors
By Rachel Lapidos
The "Washed Denim" Trend Is A Modern Way To Wear Blue Eyeshadow
By Olivia Rose Ferreiro
Hailey Bieber's Best Hair Moments Of 2022
By Audrey Noble
Get Even More From Bustle — Sign Up For The Newsletter