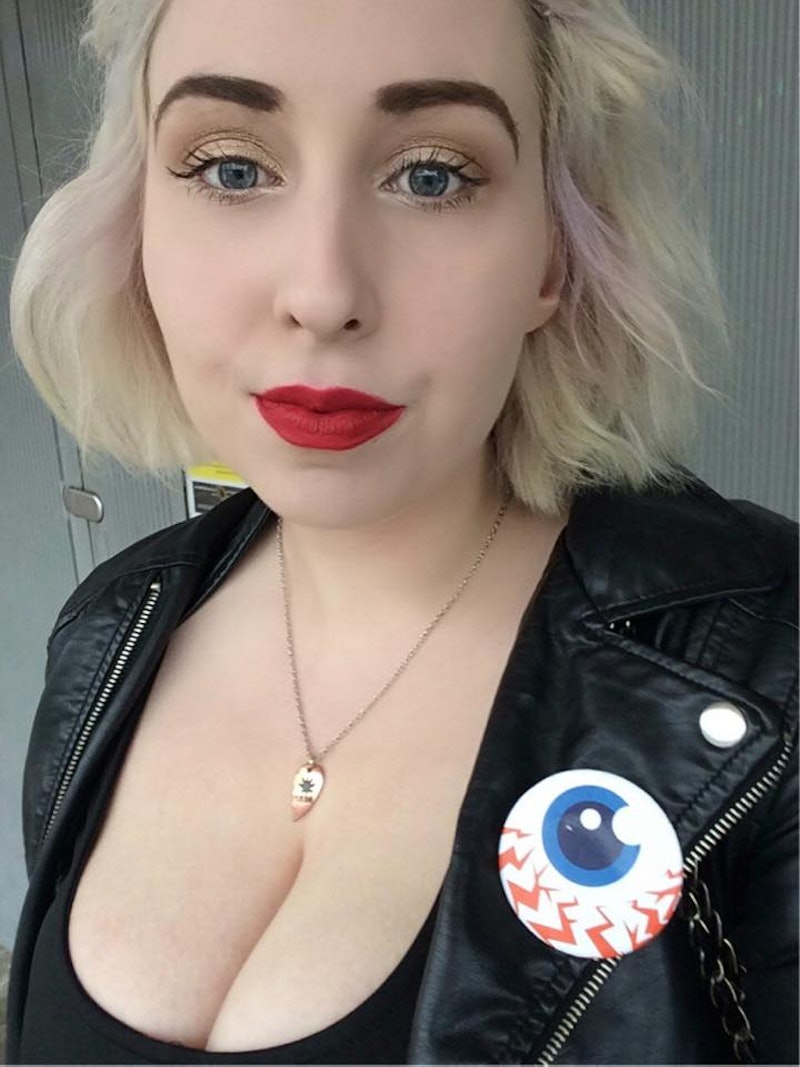 Having big breasts is usually seen as being the best booby look, but there are plenty of times when ta-tas can be the worst. When you have big tits, they stop being yours and the world takes over. Sure, you completely have the right to push off anybody in the club who feels the right to touch as they exclaim, "Whoa, they’re so big!" — as if you didn’t already know. But when it comes down to it, you’re usually too drunk to cause a fuss. When it comes to my own pair, it’s not as though I was ever especially embarrassed by them. It was more that I didn’t want to be constantly conscious of their existence.

I don't remember when I first grew a pair of tits, but I remember others telling me about them a lot more clearly. Such occasions take up a huge part of my memories of my body's growth. I remember receiving sex ed at age 11, with our head teacher telling us that "girls who have grown breasts usually start their period the same year" (is that even true?!). I remember all of my classmates turning to stare at me and I also remember being asked at least once a week if I’d gotten it yet. I was conscious of my breasts before I was even able to say the word "nipple" without shuddering in embarrassment. I was forced into a bra before I started middle school, much to my discomfort, but it was more to set my mother’s mind at ease. What are you even meant to say to a 13-year-old with bigger tits than most of her friends will ever achieve? I was taught that my bosom was inappropriate before it had even reached its full potential, before I even knew that your pee hole and your vagina hole aren’t the same thing. I learned my body wasn’t appropriate before I even knew my body fully.

The years since then have been a constant battle with my breasts. Not just within myself, but on my bust’s behalf. Like in the changing rooms in school, where girls either demanded to touch or recoiled in horror (or jealousy?). I was told my 15-year-old body was that of a porn star or a 45-year-old mother. I couldn’t win — big boobs were, and are, either seen as matronly or obscene, and I didn’t really want to be either. And so I hated having big breasts. Clothes I bought could never fit my waist properly because big companies refused to acknowledge breasts outside of the model-thin range. It’s not that I actively covered up, but more that I actively didn’t get my chest out. Realistically with breasts this big, it’s kinda hard to hide them, though.

This year, I wanted to change my thinking on such a (literally) huge part of my body. Through my feminist outlooks and recent joining of the body positivity movement, I’ve learned to love my fat, my cellulite, my big nose, and my crooked teeth. I’ve learned to love and appreciate my flaws, and even to stop thinking of them as flaws at all, and rather as assets. The only major parts of myself I had yet to learn to love, then, were my breasts.

As much as it makes people laugh (and as much as I love making people laugh) my New Year’s resolution was to get my tits out more. My style used to consist of short skater skirts and various cute crop tops but the trend was going to come to an end — New Year, new me, old tits! Just a new sense of love for them.

I’ve spoken before about my problems with the Free the Nipple movement as a woman without marketable breasts, but the message of "reclaiming your body for yourself" has certainly stuck with me. This is perhaps part of the reason that I was more excited than afraid at the prospect of showing off what my mother gave me.

When I made this decision, I rooted my way through the sales to buy the bralettes and low cut dresses that I always used to feel too uncomfortable to wear. When they arrived, it was a massive change to see myself with as much breast out as possible and a longer pencil skirt. It was an outfit I’d always admired on others and now I was allowing myself to admire on myself.

(My new look — it takes a lot of confidence for me to pull this off, but I think I manage it!)

Three months in, my outlook on this aspect of my body has changed completely. I’m not ashamed of the twins but proud (as proud as you can be of something you have literally no control or choice over). I’m confident enough to push away any unwanted attention, but I can still revel in the love I receive over my lovely lady lumps. No longer do I hear cries of "Where did you hide those?!" because I don’t hide them anymore. I’m just not ashamed of them anymore.

It’s incredibly difficult to stop behaviors that you’ve learned over years and years of being assaulted by the "knowledge" that your own body isn’t acceptable, isn’t the "norm," isn’t "appropriate." It’s hard to learn to love yourself when you’re still being barraged with these ideas of beauty and you’re trying to teach yourself the opposite.

(A bit more of a casual "having your breasts out" look.)

What I’ve learned through this new resolution for myself, is that when you display your biggest insecurities and you’re not met with the disgust you imagined in your head, it’s revolutionary. And it’s even more revolutionary when people actually compliment you on something about yourself that you previously loathed. I know that I shouldn’t base my self worth on the opinions of others, but I can’t deny that the attention helped me along my journey to self-adoration!

And in the wise words of Ru Paul, "If you don’t love yourself, how in the hell you gonna love somebody else?"