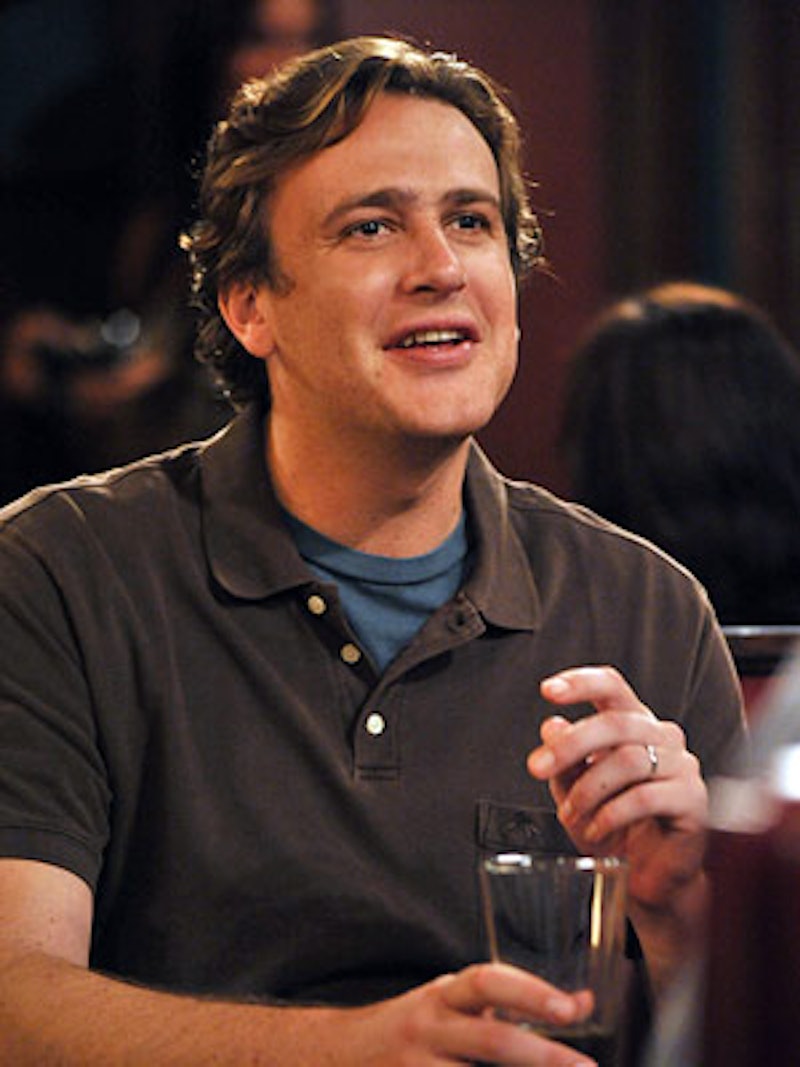 It was my first heartbreak: NBC's Freaks and Geeks was cancelled after only one season in 2000. I didn't know if healing was a possibility until a show by the name of How I Met Your Mother premiered on CBS in 2005, and I recognized one of the cast members as Freaks alum, Jason Segel, who had played my favorite character, Nick Andopolis. Not only was I delighted to see Segel back on the silver screen, I immediately noticed something very familiar about his HIMYM character, Marshall Eriksen — he was Nick, only a grown up version of him!

All of Nick's sweet bashfulness, humor, and affinity for snack foods like fruit rollups were also key character traits of Marshall. It didn't hurt that HIMYM ended up being one of the best sitcoms of all time, offering the type of ensemble we so desperately needed after saying goodbye to our favorite Friends . Unlike Freaks, HIMYM sustained several seasons, which is so much more conducive to my binge watching. I don't mind watching the one and only season of Freaks ad nauseam (trust me, I've become a pro at it), but by the final episode I'm left with that same disappointment that comes when a phenomenal series is cut short. If you really pay attention, HIMYM can almost serve as a spinoff for Nick.

Do you doubt me? Let's take a look at seven ways Marshall Eriksen is totally the adult version of Nick Andopolis.

They're Both Hopeless Romantics

In Freaks, Nick was hopelessly — albeit, adorably — infatuated with Lindsay Weir. All of us die-hard fans remember that Nick and Lindsay did not end up together, but I like to believe that after completing high school and dealing with a few more growing pains, the two would have ended up like our favorite HIMYM couple, Lily and Marshall.

They Both Had Musical Talent

Other than Lindsay, nothing was more precious to Nick than his drum set, and he frequently waxed poetic about becoming a famous drummer. Marshall worked as a lawyer, but frequently moonlighted as a karaoke singer and creator of musical video montages centering on: Inviting friends over to try the gouda cheese you just bought; concealing a takeout food stain by flipping over a couch cushion, and cat sitting for Lily's mom.

They're Both Very Sensitive

When Nick wanted to forego making out with Lindsay in favor of some spooning action, she looked more than a little put off. Marshall was also familiar with having to defend his cuddly nature.

They Understand The Value of Close Friendships

Just as Nick was consistently flanked by his best bros, Daniel Desario and Ken Miller, Marshall was always ready to "suit up" with Barry Stinson and Ted Mosby.

They Both Enjoy a Good Snack

I mean, really, who doesn't?

They Both Need to be Careful at Parties

Both of these strapping gentlemen fell victim to several party fouls — and also needed some coaxing on obeying the law! I'd wag my finger at them, but they're fictional characters so that wouldn't make a ton of sense.

They're Both SUPER Sweet

When it came to providing Freaks and HIMYM with some prime sweetness, these fellas were always on point.

It looks like it's time for some good old-fashioned binge watching. Excuse me while I immerse myself in the glory of Jason Segel.