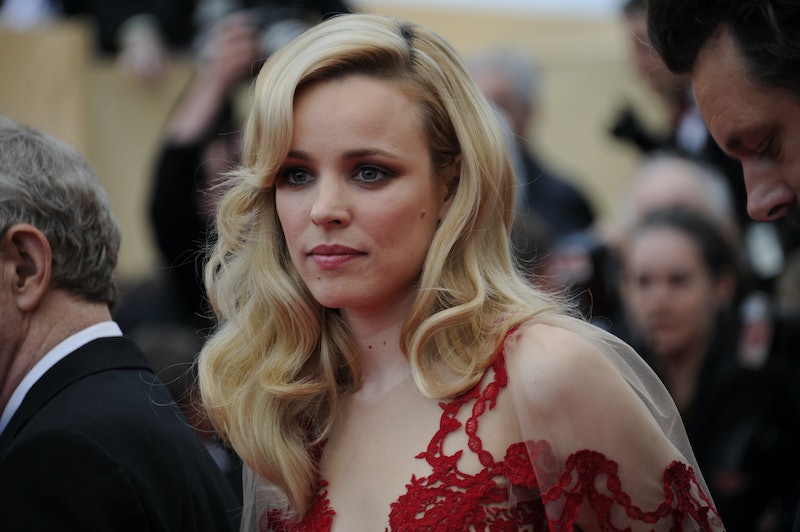 I'm sure it's not something you've ever thought about at length because it's almost difficult to believe — but Rachel McAdams has been a major star in Hollywood for over a decade now. Regina George is maybe the best breakout role of all time, and who would have thought that the queen of the Plastics would become such a great, versatile actress? She's had some of the most iconic roles of the past ten years, including playing Allie Hamilton in The Notebook and Irene Adler in Sherlock Holmes— such insanely different roles that they're proof alone that Rachel McAdams deserves to win an Oscar, like, as soon as tomorrow. Or, you know, at least in the next week or month or so. The point is, she's talented, so give her some credit, yeah?

Easy reasons: she's adorable, everybody loves her, etc. But she is also a majorly accomplished actress who has mastered every genre from romantic comedies to teen films to dramas to thrillers to period pieces.

McAdams is only 36 (and somehow looks exactly the same as she did in The Notebook, which was released in 2005) so she obviously has a long career ahead of her and plenty of opportunities to win statues. Here are seven reasons why she deserves an Oscar:

Mean Girls? A cornerstone of the '00s. Red Eye? Scary as hell, and McAdams plays a great opposite to can't-help-but-look-evil Cillian Murphy. She's been in a Woody Allen movie, several romantic comedies, and Sherlock Holmes — so the point is, she's got a lot of range.

She's Changing Up Her Game

McAdams is taking a little break from movies to star in that little HBO show you might have heard, True Detective. The expectations weigh pretty heavy on her, since she's the first female lead in the show and the second season has a lot to live up to. By the looks of the trailer, though, McAdams seems up to the challenge, and she looks like a total badass too. Are we looking at the beginnings of the McAdaissance...?

She's Worked With Some Big Names

McAdams was one of the leads in Woody Allen's 2012 film Midnight In Paris, which was exceptionally reviewed. The film was even nominated for three Academy awards. And in 2012 she was in To The Wonder, a film by Terrence Malick, which says something about her clout — the idiosyncratic director only makes a film every once in a blue moon.

It's Worked For Other People...

Detractors might say that McAdams has been in too many romantic comedies (including ones opposite Channing Tatum) that have flip-flopped to win an Oscar anytime soon. To them I only have two words: Reese Witherspoon. I'm sure you have seen Sweet Home Alabama as many times as I have on TBS, and yet Witherspoon won an Academy Award in 2006 for playing June Carter Cash in Walk The Line (and was nominated again in 2014 for Wild). And did I mention... Matthew McConaughey? Anyone remember his chain of romantic comedies before Dallas Buyers Club, True Detective Season 1, and Interstellar? Exactly.

(I'm just gonna throw Nicolas Cage in the mix here too, because that's right, guys: The Ghost Rider is an Oscar winner.)

The Future Is Bright

As far as the future goes, McAdams has a lot on her plate already — she's starring in a bunch of movies including The Little Prince , and she is also GONNA BE ON TRUE DETECTIVE.

As much as McAdams deserves an Oscar, the Academy Awards are ubiquitous for their constant snubbing: Personally, I say a prayer every day for Leonardo DiCaprio (some day, baby). Other immense talents that have never been recognized by the Academy because of some reason or another: Amy Adams, Sigourney Weaver, Annette Bening... and did I mention Leo?

But hey: McAdams truly is beauty and grace, and I'm sure even if she isn't nominated some time soon, she'll shrug it off and go get cheese fries. QUEEN.