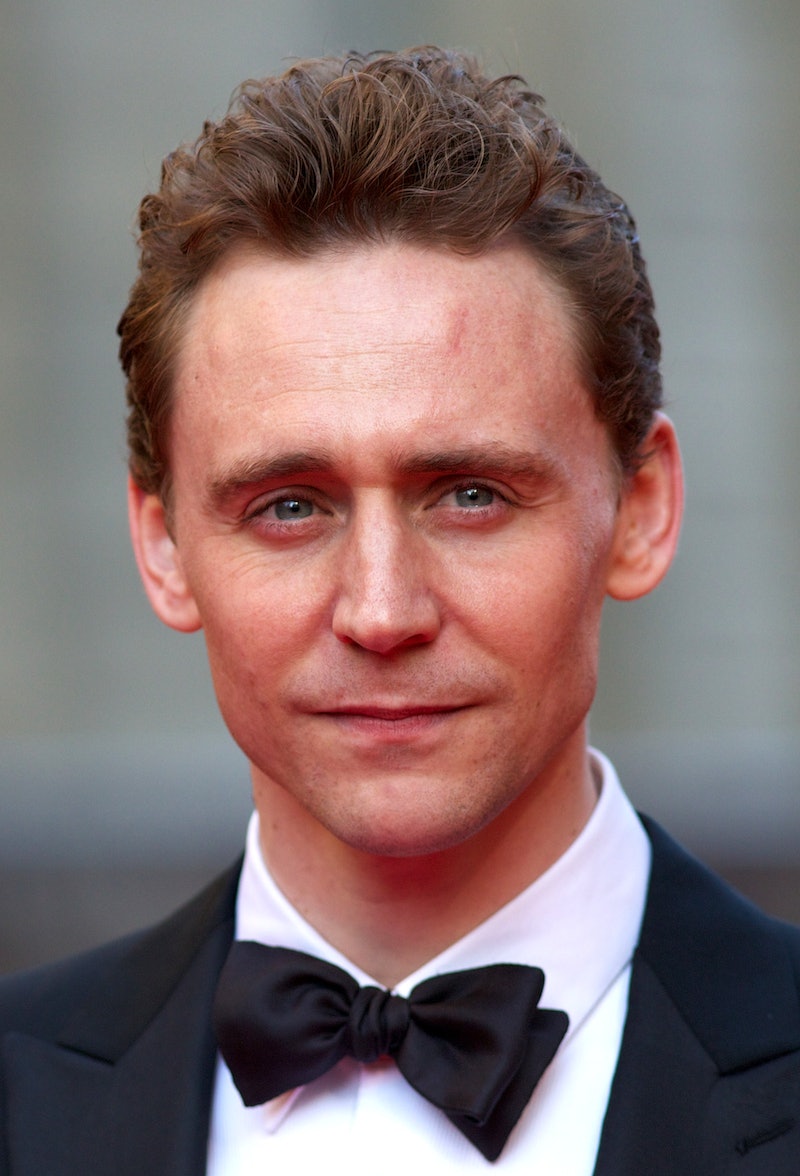 Usually, there's no question that Tom Hiddleston is a fascinating person. He has a wide range of interests from Shakespeare to tennis to pudding, and he's always acting in a variety of films from period pieces to superhero flicks. But, sometimes, Tom Hiddleston is just plain boring. I mean, this is the man who played the God of Mischief Loki in The Avengers, but even he needs a day off from entertaining the masses with his tricks every once in awhile.

I love Hiddleston, don't get me wrong. But let's face it — he's not the type of celebrity that'll go crazy with his money and, like, buy a monkey only to abandon in it Germany like some people. And, when it comes to the tabloids, Hiddleston is just never going to be on the cover of a magazine for being embroiled in some huge scandal; he'd probably rather be in bed with a cup of tea and a tennis match on TV.

But, doesn't he know it's his job to constantly appease the fans and always be in the spotlight? How can we continue to love him if he's not out promoting himself 24/7? I think Hiddleston's attention needs to be drawn to the fact that he's really quite lame at times. And maybe if we point it out enough, he'll get the hint and work on upping his interesting level. So, here are the 13 times he's been the most boring.

When He Wasn't Smiling

His face is less interesting when I can't see his teeth. But his gaze is way more intense and amazing. And now I'm just wondering what he's thinking. Drat, I guess this wasn't a good example of his being boring after all. I'll try again...

When He Was Just Eating Lunch Like A Regular, Boring Human

When He Stood Against A Blank Blue Wall

It's like he knew the blue would bring out his stunning eyes, or something.

When He Hadn't Yet Moved Into A Mansion

When He Stood In Profile And Waited For Something

When He Wasn't Saying Anything

But he's a very exciting listener, so I'm not even mad. Maybe this wasn't the best example of how boring he can be, either.

When Even He Looked Bored

This was probably his 10th press conference, so I don't blame him. He still looks handsome even when he's bored, though!

When He Didn't Go To The Oscars

Gosh, it's like he was busy working or something. HOW BORING. (Not. Never mind again.)

When He Stared Straight At The Camera

Doesn't Hiddles know the number one rule of acting is don't look at the camera? It's such an amateur move. Now he's probably gone and melted another lens with his glorious stare.

Passing Through Times Square with Tom Hiddleston. How original.

When Even He Wanted The Attention On Someone Else

Sigh — you win, Hiddles. Even when you're trying to pass the attention off, you're interesting.

When He Talked About Being Bored

Tom, didn't your mom ever teach you that only boring people get bored?! OK, I guess Hiddles really is the antithesis of boring.