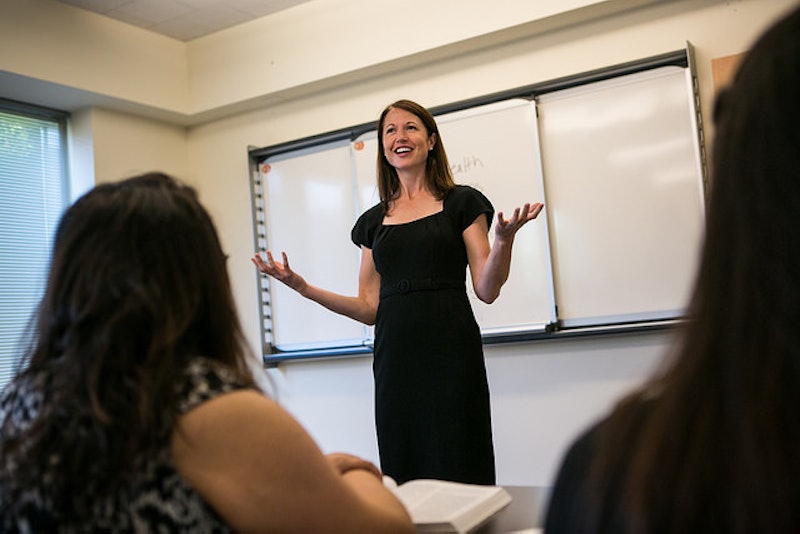 According to a new study, comprehensive sex education is exactly what adolescents and young adults need. Although we already know that the sex education system in the United States is severely lacking, the new study conducted by the Population Council suggests that one of the ways in which we can make sex ed more effective is by addressing the issues of gender inequality. It’s those sex ed programs that include gender inequality and power issues that are the most successful.

Researcher, Nicole Haberland, senior associate at the Population Council, set up 22 sex ed programs in controlled groups to see what information was most key in aiding in the prevention of STIs and pregnancy. Ten of the sex ed programs had a least one class that addressed gender and power issues, and 12 of the programs did not. The findings revealed that in the 10 programs that covered gender and power, there was an 80 percent decrease in pregnancy and STIs, but only a 17 percent decrease in the groups where such topics were not discussed.

As it had been discovered in previous studies, women need to know that they carry power in a relationship and are equal to their male partners. It’s women who do not feel this that fall victim to unwanted pregnancies, HIV, and other STIs, because traditional (read: archaic) ideas of masculinity are allowed to dominate the relationship on all levels, including sex. It’s the men in these couples who are less likely to use a condom and more likely to dictate what they think is best for the relationship. The woman’s thoughts and opinions are muted.

But while studies confirm that teaching gender equality along side other forms of sex education will lead to a more comprehensive learning experience and better results, the Guttmacher Institute has shown that that will definitely be an uphill battle. With stats like only 13 percent of U.S. states requiring that sex education be “medically accurate,” 19 percent only allowing that sex ed be taught in the context of being married, and only 26 states total even addressing the issue of “coerced sex” at all, it appears that including gender equality in sex education, at least here in the States, isn’t very likely to be the commonplace scenario that it should be.

As Haberland explains, “there’s room for improvement,” and obviously, she's right. But the real concern is when that improvement will be put into effect. If human beings have been having sex since the dawn of our species, we really should have gotten to a point where sex education in the U.S. is truly (finally!) comprehensive, as opposed to the vague idea that it is now, differing from state to state and country to country. It would be awesome if we could get on that already.