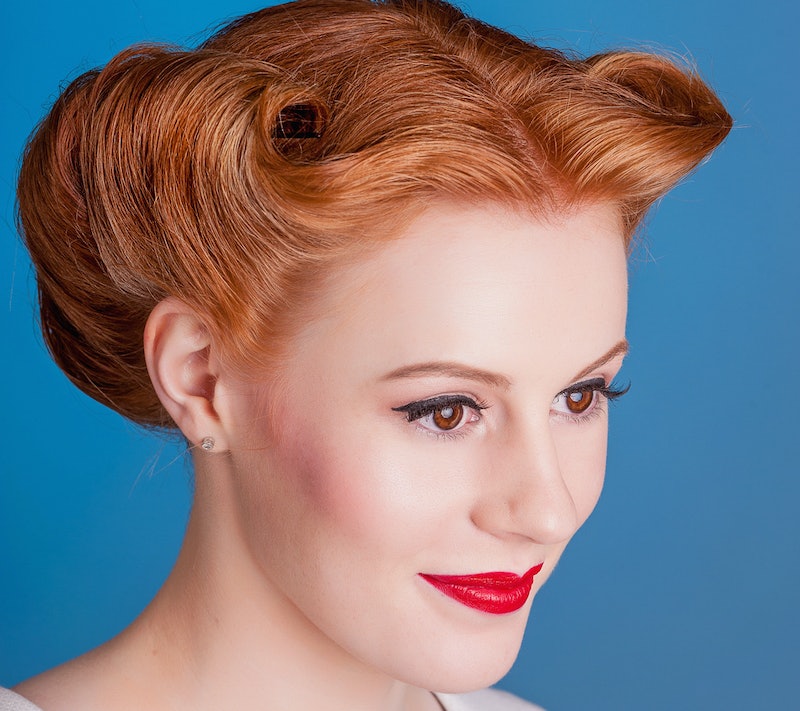 Hairstyles come and go, and at this point in history, it almost seems that any way to do your hair is just a reinvented version of a hairstyle from the past. While that might be true, though, it's actually trendy to wear your hair in some kind of vintage 'do.

In the last 100 years alone, we've seen new styles come out every decade, but it's likely that these styles built upon each other from year to year. There's no getting around the idea that each style pulls from other looks. And if short hair is in for a while, it's bound to happen that long hair will be in next, because we like to change things up.

From the bobs of the '20s to the pixie cuts of the '60s, the big hair of the '80s to the long, bouncy curls of now, hairstyles have always been a fun way for women (and men) to express themselves. Sometimes, a hairstyle is put into use simply because it's practical, like pulling you're hair up to get it out of the way while you're working. But other times, we just wear a hairstyle because it's fun and different. Here's a look at seven trending hairstyles today that have their roots in yesteryear.

It's still a hugely popular look this year, but the side shave gets its origin straight from pop culture of the '80s. We saw it done on pop stars like Pepa (from Salt-N-Pepa), Lisa Lisa, and Cyndi Lauper back in the day, and we still see it on stars like Rihanna, Ellie Goulding, and Demi Lovato now. I guess this 'do is always going to have that rocker vibe attached to it.

A classic style that never seems to truly go off trend, the pixie has been dusting its magic on us since the late '50s/early '60s. Although popularized by timeless icon Audrey Hepburn in her debut film Roman Holiday, the pixie cut is probably most identifiable as worn on British model and icon, Twiggy, during London's swinging '60s.

Celebrities' pixie cuts today continue to have infamous status, and I'm sure most of us have that one friend who rocks a pixie cut as her signature style as beautifully as these legends of the past.

The higher the better! At least that's what some bouffant-loving fashionistas would say. This extravagant hairdo was stylized in the late '60s/early '70s most famously by the likes of Priscilla Presley and Jackie Kennedy. But the history of the bouffant actually dates back to the mid to late 18th century and was originally created for the famous Queen of France, Marie Antoinette. You'll likely see it nowadays for dressy occasions, as in bridal hairstyles or on the red carpet, but the more common "pouf" we've adopted obviously gets its inspiration from the legendary bouffant.

The A-line bob is a 2000s resurgence of the original bob cut made popular by American dancer and actress Louise Brooks in the '20s and '30s. And the asymmetrical bob is still popular on celebrities like Victoria Beckham and Keira Knightly. The dramatic effect of the angle is probably what gives the wearer a sense of mystery in her look and thus its continued appeal for women everywhere. I mean, just check out Brooks' intrigue in the photo above!

Long, straight, and seemingly always blonde, defined the hairstyle of the peace loving flower children of the '70s. The style is still common today for its simplicity and natural appeal. Though not limited to just light colored locks, long and straight continues to be the envy of many women.

Long, bouncy curls with feathery bangs á la Farrah Fawcett in the '70s captured the desire of women everywhere back then. Even if it wasn't super curly and feathered, long hair with bangs became a staple. We've recently seen a revival of the hairstyle, albeit scaled down a bit. Wavy long hair with naturally falling bangs has been seen on celebs like Jennifer Lawrence, Bella Thorne, and Taylor Swift.

This vintage-inspired look is currently rolling into our favorite hair fashion inspirations for its fabulous old Hollywood glamour. The look's namesake comes from the fighter plane maneuvers in World War II with the same name, and is basically a celebration of the war efforts toward victory in the '40s. You can find this look on stars like Katy Perry and Gwen Stefani, but you'll likely see more of the look on your friends (or yourself) this year.

More like this
12 Bob Haircut Trends That Are Everywhere For 2022
By Audrey Noble
The $6 Shower Essential That Julianne Hough Loves
By Olivia Rose Ferreiro
The $6 Drugstore Beauty Product Taraji P. Henson Uses Every Single Day
By Danielle Sinay
The Best Beauty Looks From The 2022 BET Awards
By Audrey Noble
Get Even More From Bustle — Sign Up For The Newsletter