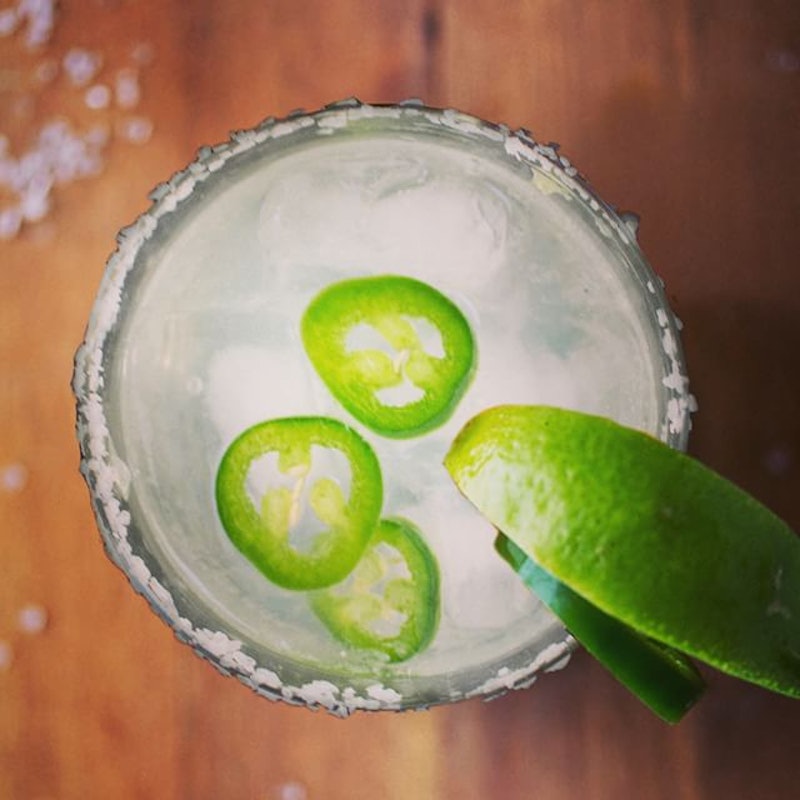 If there's one day you should spend slurping down margaritas and pounding some Coronas, it's probably Cinco de Mayo. Listed below are three Cinco de Mayo drinking games, and they're some of the best. Whether you've got a large group of friends or you are just hanging with a couple of your closest pals, these games are perfect. All you need is a deck of Uno cards, some balloons, and a large bowl. Oh, and the booze. You can't forget the booze.

"Uno de Mayo," "Drink a Shot or Eat Hot," and "Fingers" are three ways to turn your Cinco de Mayo celebrations into a blast as you and your friends are snacking on delicious dip recipes and tequila-infused foods. This holiday is one of the best for backyard (and rooftop) festivities, and you don't want to miss out. Cinco de Mayo is going to go down quickly, so mark your calendar, buy your booze, and memorize the rules to these amazingly fun drinking games.

And of course, make sure you're drinking a lot of water between rounds. You still have to make it through May 6 after all. Don't worry, you'll sleep it off — and even if you don't? So totally worth it.

If you're a fan of Uno, then you're bound to be a fan of Uno de Mayo. If you're not a fan of Uno, but like drinking, then you're still bound to be a fan of Uno de Mayo. Basically, start up a game of Uno, but be prepared to drink. The number drawn equals the number of sips required (for example: "draw four" equals four sips), a skip card means the player whose turn is skipped must take a drink, and when a reverse card is played, the player may choose anyone to take a drink. Check out the official rules from Living Alot, or make up your own if you're feeling adventurous.

"Drink a Shot or Eat Hot"

This game will get you buzzing quickly, so play with moderation. Everyone has their own beer bottle and tops it off with a balloon. Each player then shakes his or her beer until the drink's carbon dioxide fills the balloon with air. If the balloon takes the shape of an avocado, the player has to eat something spicy and wash it down with the beer. If the player's balloon takes the shape of a lime, then he or she must take a shot and chase it down with some beer. Check out an example of the possible balloon shapes at Brevard Times, along with some more fun facts about this game.

Fingers is a game for the brave of heart... and stomach. At the beginning of the game, every player pours their choice of alcohol into a large bowl. From then on, it's your goal to get out of the game as quickly as possible by guessing the number of fingers on the bowl's rim. Sounds easy? Yeah, it's not. Players are allowed to lift fingers and pull some tricky moves while the counting is taking place. Check out the exact rules and strategy from Drinking Game Zone.