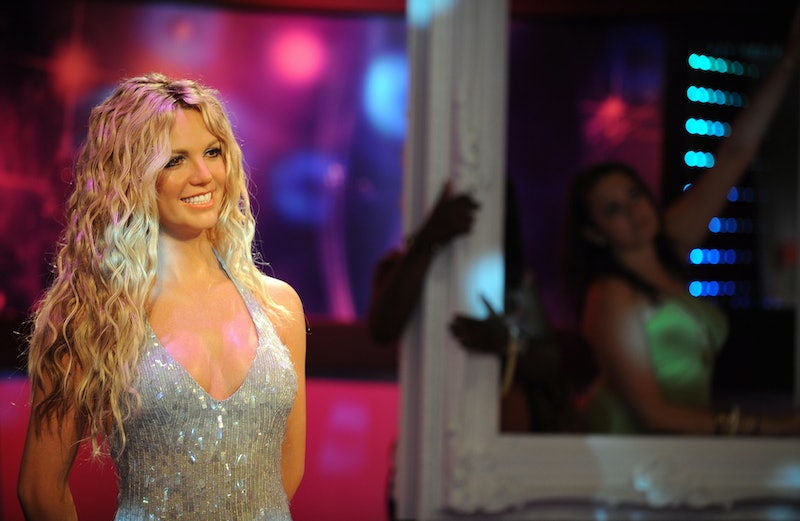 Just when you thought you might die from Britney Spears withdrawals, the pop princess saves you with the release of her highly-anticipated collaboration with Iggy Azalea entitled "Pretty Girls." You can be sure of two things — one, that this song will be overplayed on the radio 'til your ears bleed and two, that it'll be stuck in your head for days on end. This collaboration between Britney Spears and Iggy Azalea is an intriguing one. "Pretty Girls" is one of Britney's many great collaborations and the Iggy/Britney duo makes me reminisce about these 8 other great Britney collaborations that we've loved throughout the years.

Britney Spears is one of those artists, like Beyoncé and Justin Timberlake, whose career has spanned several decades, expanding her appeal to encompass both our nostalgic side and our more contemporary needs. Britney has some awesome collaborations that take us back to the height of terrible 2000s fashion as well as collabs that have blown up the radio over the last few years.

“Pretty Girls” might not become an instant Britney classic but it is a tribute to her enduring career which has given us an array of collaborations and solo jams which we will never stop dancing to when they come on over the speakers.

"Me Against the Music," Britney Spears feat. Madonna

This. song. is. so. awesome. Despite Britney's questionable ensemble in this music video, which is reminiscent of what Barney Rubble might wear to a formal affair, this music video is still so epic. The juxtaposition it draws between Madonna and Britney with the split screen, the killer dance sequences, Madonna's dope white tux, the allusion to Britney and Madonna's Superbowl kiss at the end-- there is just too much to love. I also have a special place in my heart for this song, as I have many memories of my best friend and I mumbling a stream of nonsense that vaguely sounded like what Britney was saying, followed by an enthusiastic "CHIC-A-TAH!" to round out the verse.

This article should literally just be this song over and over again. This song singlehandedly inspired a period in my middle school years where I incessantly yelled "shawtayyyyyy!" in the vocal stylings of my beloved Ying Yang Twins. This song was so underrated.

To be honest, I think this song sounds like something I could make myself in an afternoon session of GarageBand-ing... that is, until Brit swings by and makes her debut on the track. Britney's presence on this track has made me suffer through this track more than once, which should say something about Britney's musical sway.

This song just never gets old. This song will forever be a classic jam when you're getting ready for a night out with your girls.

I am of the opinion that will.i.am makes the type of music that uninformed moms would think is cool but is actually the type of music that people roll their eyes at if it comes on in a club. However, even I can't deny that this song is catchy. Again, I think it's Britney's presence on the track that saves the whole thing for me.

I will forever credit this song as my first introduction to dancefloor make outs. The Co-Ed remix made Pharrell Williams the male counterpart to Britney's sexy club-going protagonist. Pharrell, the King Midas of music, made the already great song all that more awesome by his contribution to the track.

"What It's Like To Be Me," Britney Spears feat. Justin Timberlake

No list of Britney collaborations would be complete without one between *sob* Britney and Justin. I know I'm tugging at your heartstrings here but just take a second to engage in a little musical #tbt to remember this jam featuring our favorite couple of yesteryear.