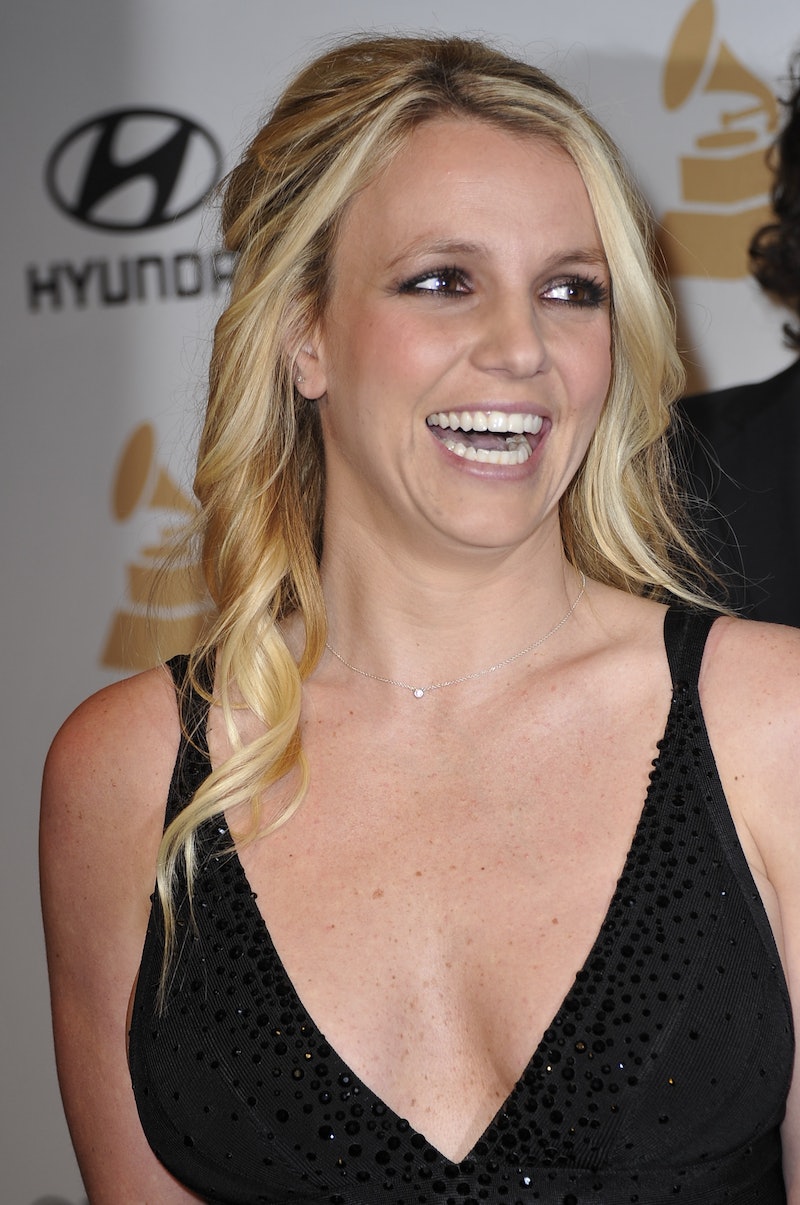 Life can be pretty tough as a Britney Spears fan in 2015. We've been through quite a lot since Brit dropped her first single "...Baby One More Time" in the fall of 1998. Our girl came out of the gate as an instant pop culture icon at just 17 years old. Instantly the world fell in love with her and we could not get enough of her infectious beats and teenage fashion. Every single was classic. Every outfit was iconic. Every performance was legendary. Spears straight up dominated pop music. Then the streak of perfection halted as she began going through the highs and lows that all pop stars experience. And after those waves, we hit the dark era of 2007.

2007 is the year that Britney fanatics purposely forget. It was a rocky one. I get irrationally offended when haters reference the head shaving, Paris Hilton hangouts, or the umbrella freak out in an effort to taint the Britney Spears pop legacy. Sure, that was a rough patch — to say the least — but nevertheless, our girl has made it through to the other side. Britney Spears is happy and thriving both personally and professionally. Us true fans love Brit no matter what she's going through, but it would be ignorant to say that being a Britney fan is the same today as it was back in the '90s. Quite a bit is different, both with the pop star and with entertainment news culture. How have things changed?

When we first met Britney Spears, she was a teenager. Back in the day, Spears fans rocked those iconic braid pigtails, pink fuzzy hair ties included. Now she's 33, so of course she's going to look different. The good thing is there's so many different ways to dress like Britney Spears because there are so many different Britneys to choose from. If you had to dress like Britney Spears for a thematic event, you could be "...Baby One More Time" Britney with your Catholic school girl outfit. You could be "I'm Slave 4 U" Britney and wrap a live snake around your body. There's really so much to choose from. Now Britney Spears has taken a step back from award shows and music videos to perform as a part of her Las Vegas residency. And in everyday life, 2015 Britney is wearing workout clothes and a baseball hat, and hanging out with her sons.

Back in 1999, we supported Spears by purchasing albums and tacky concert tour t-shirts., but since that time a lot more products have become available. There are Britney Spears perfumes that we can buy to show off our allegiance via scent. She has a line of bras, panties, and other lingerie that we can rock on a daily basis. Aside from Spears-endorsed products, the Internet has really expanded. There are so many companies making Britney Spears merchandise from apparel to wall decor. You can make your entire life Britney-themed if you want to.

Saying the Internet has changed is such an understatement. I can't even remember what the official Britney Spears website looked like back in the day, but I also don't know what it looks like now. That's because we can connect with Spears on Facebook, Instagram, and Twitter. I even follow her dog Hannah on Twitter — sadly, I am not kidding. We have an outlet to feel like we are personally connecting with our favorite pop star. Even though she doesn't respond to fans a lot, we can still talk directly to her. Plus we get updates about her personal life, what she's wearing, and what she's doing. We get this insider experience that we could not have had in the '90s. Plus, there are a billion Britney Spears social media pages ran by fans with constant updates around the clock.

I hate to bring this up, but the dancing will never be the same. Spears blew out her knee in 2004 during a music video shoot for her song "Outrageous" and things were just never the same after that. She's still a great dancer, but she's not at the level we all became accustomed to. She still slays though. Let's make that clear. In my opinion, the girl still slays.

Life was so much simpler when Brit was a burgeoning pop princess dating the break out star from *NSYNC. I still cannot believe that Britney Spears and Justin Timberlake broke up. That was such a great time. It was an innocent romance with coordinating outfits and collaborative musical performances. Now we have to deal with the up-and-down courtships from her various male suitors. Every time I start to like one of Spears' boyfriends, he does something horrible and is out the door. Let's hope things go more smoothly with her current beau, Charlie Ebersol.

Back in the day, an award show did not matter unless Britney Spears was performing. She was a staple for pretty much everything music related. Her songs were constantly on the radio, and she went from interview to interview promoting herself. In 2015, it's a major deal for Spears to make any sort of cameo appearance. She went from performing during the Super Bowl half time show in 2001, to making headlines for just being in the stands in 2015. Britney Spears interviews and appearances are a rare oddity these days. She is a very guarded person ever since the darkness of 2007. Plus, she's pretty busy with her Las Vegas residency and raising her two sons.

In 1999, Spears' music was pretty tame. It was debatably naughty, but not explicit at all. Now we're all singing along to "It's Britney, bitch" since the star has no problem being more explicit with her lyrics. She has grown up before our eyes and is not afraid to continue pushing the envelope. And it's great. Britney Spears circa 1999 would have never told us to "Work B--ch." Although she has no problem getting racy, she can also tone things down a notch. She recorded the song "Ooh La La" for the Smurfs 2 soundtrack. The Britney Spears of today has much more depth and variety to offer fans.

Like all true fans, I hold a special place in my heart for every stage of Spears' career. She's been through so many phases, and us ride or die fans have been there the whole time. Of course, I miss that golden era of consistent hits and media domination, but the Britney Spears of today can deliver a more complete package for fans. She can be sweet. She can be sexy. She can be innovative. And she can do it all at the same time. It may be different being a Britney Spears in 2015 than it was in 1999, but it will always be entertaining.