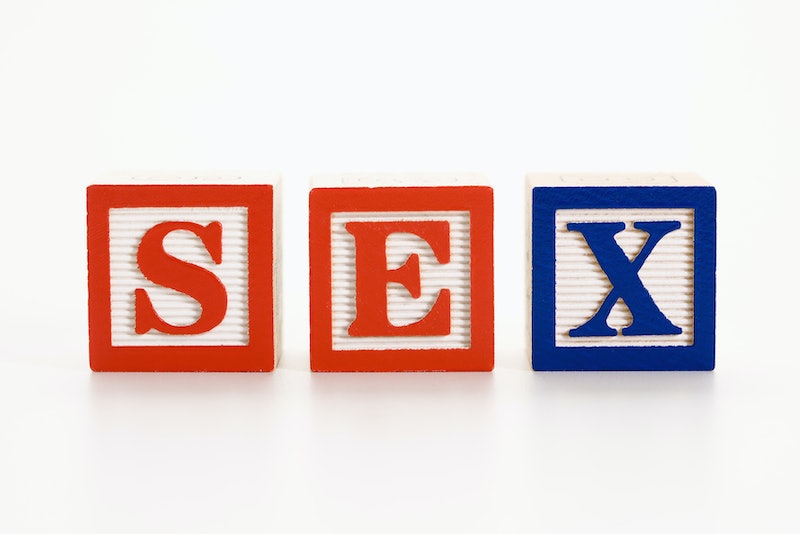 While Mother's Day and sex are two subjects you might not want to think of together, let's be honest — you don't become a mother without the other, and most women receive their first sex talk from their mom. Although the kind of sexual education you receive depends on cultural and religious factors, (and if your mother happened to be around during your childhood in the first place), the ramifications of what you learn early on can last a lifetime. Since Mother's Day is next weekend, it's the perfect time to reflect on what your mom did (and didn't) teach you about getting it on when you were growing up.

In my high school, girls fell into three camps when it came to their mothers and sex: the ones with the "cool" moms who bought them condoms and let them have co-ed sleepovers (these were very few and far between); the ones with conservative moms who couldn't even conceive that their daughters would have sex before marriage so the topic was verboten; and the ones who cautioned their daughters about STDs and heartbreak and discouraged them from doing too much too soon (these were the majority and included my own mom).

Sex is such a touchy subject (pun intended) and since it's often difficult to discuss, many kids are left with an incomplete picture about sex and sexual health, despite their parents' best intentions. I asked 10 women what they wished their moms had taught them about sex and here's what they had to say:

ANYTHING. Anything at all.

"That women take at least (something like) eight minutes for full clitoral arousal and men take like one minute. That's something both young guys/gals should learn early!"

1. The physical act is not love. It feels good, but that isn't love.

3. All the worry and stress that comes from it.

4. How much power the V holds.

"Always carry condoms with you when you go out. You never know where the night will take you."

"Relationship sex is totally different than one night stand sex. Don't get it twisted."

"The importance behind verbal consent."

"The truth about the female orgasm (i.e. women can come vaginally and from clitoral stimulation)."

"It's OK not to have sex sometimes, whether it be days, weeks, months, or even years. You shouldn't be pressured into racking up sexual partners just because everyone else might be doing it. On the other hand, your worth as a person or future partner isn't determined by 'your number.'"

"Men and women don't always have sex as differently as we're taught that they do."

The takeaway from these answers is that knowledge is power. While the women surveyed might not have learned all the vital sex facts they needed from their mothers, the good news is that they somehow figured them throughout the course of their lives — which definitely bodes well for the next generation. So even if your mom didn't explain all the ins and outs of sex to you, chances are, you probably figured them out on your own.

More like this
Are Gemini & Scorpio Compatible In A Relationship?
By Kristine Fellizar
The Most Compatible Life Path Numbers, According To Numerologists
By Kristine Fellizar
Does Instagram Tell Someone When You Screenshot Their Story?
By Emma Carey
15 Ways To Tell Someone Was Just Talking Behind Your Back
By Carolyn Steber
Get Even More From Bustle — Sign Up For The Newsletter