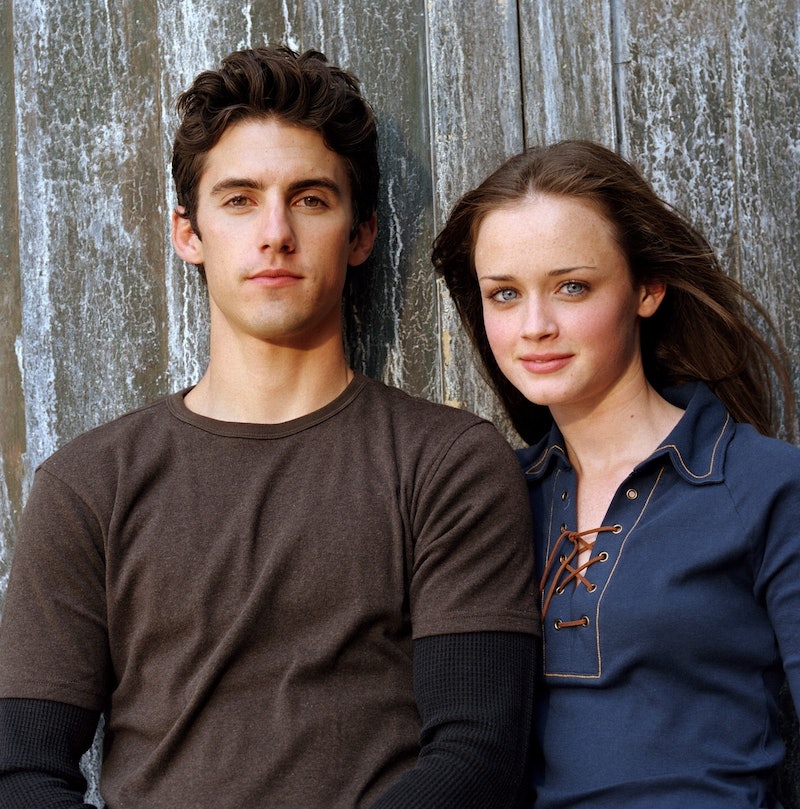 When it comes to the "big three" of Rory Gilmore's love life, most Gilmore Girls fans are still on Team Jess. The dark-haired brooder was just so deep. I personally was all for Logan, because Dean was an overbearing, insecure cheater, and Jess couldn't hold down his crappy jobs, crashed Rory's car, and was consistently horrible to Lorelai, Emily, and Richard. Yet for some reason, Jess Mariano might forever be the one true apple of Rory's eye. Perhaps the appeal has something to do with the fact that Jess was in many ways the male version of Rory's best friend Lane Kim. Except for his whole being disrespectful and selfish thing.

Jess was one of the most popular characters of the series — while Lane was one of the most unfortunate. Her life seemed to be in a constant state of disaster and when it wasn't, she was preparing herself for the next wave of bad luck. Lane couldn't seem to catch a break, while Jess was thrown hundreds of 'em and he blatantly threw them away. But beyond their mutual obsession and devotion to Rory Gilmore, Lane Kim and Jess Mariano had a lot in common. Take a look:

Both Were Employed At Luke's Diner

And both were employed under somewhat desperate situations, too. Jess had to get his life together in Stars Hollow and Lane had to support her growing family... nearly until the moment she pushed her baby out!

Both Were So Punk Rock

Jess with the black T-shirts, NYC record stores, and that leather... so tough!

And Lane with her purple hair, drumming, and secret eclectic music collection.

Both Had Complicated Relationships With Their Parents

Jess couldn't seem to get far enough away from his parents. Sure, his mom was a forgetful hippie and his step dad was kind of a bozo, but they weren't bad people. Lane lived in fear of Mrs. Kim for the whole of the series, and the mystery of who and where Mr. Kim was remains unsolved.

Both Ran Away From Their Problems

We all know why Jess hated Dean (pure jealousy) but Lane was also jealous of Dean — for all the Rory time Dean stole away. She kind of got over it, but Rory's relationship with Dean left Lane feeling left behind in her own progression in the relationship/sex realm.

Both Were Totally Judgmental

Lane couldn't stand someone her mom set her up with (or anyone, really) if he didn't know who the Clash were, even if he was a nice, smart gentleman. And Jess... where do I even begin? He hated Dean for his hair and Logan for his money. He pretty much hated everyone who wasn't Rory. He was an un-charming April Ludgate type.

Both Dated/Married Kind of Terrible People

Rory, like Sex and the City's Carrie Bradshaw, was as endearing as she was completely frustrating. She was spoiled on multiple levels, though the whole pool house living and free ride to college via her grandparents — which she did not fully appreciate — was probably her worst showing. And I love staying in as much as the next TV-obsessed human, but Rory's love of laundry was borderline hermit-like. Zack meanwhile flaunted other girls in front of Lane before admitting his feelings, and when she got pregnant, Lane had to pull it out of him that he actually cared.