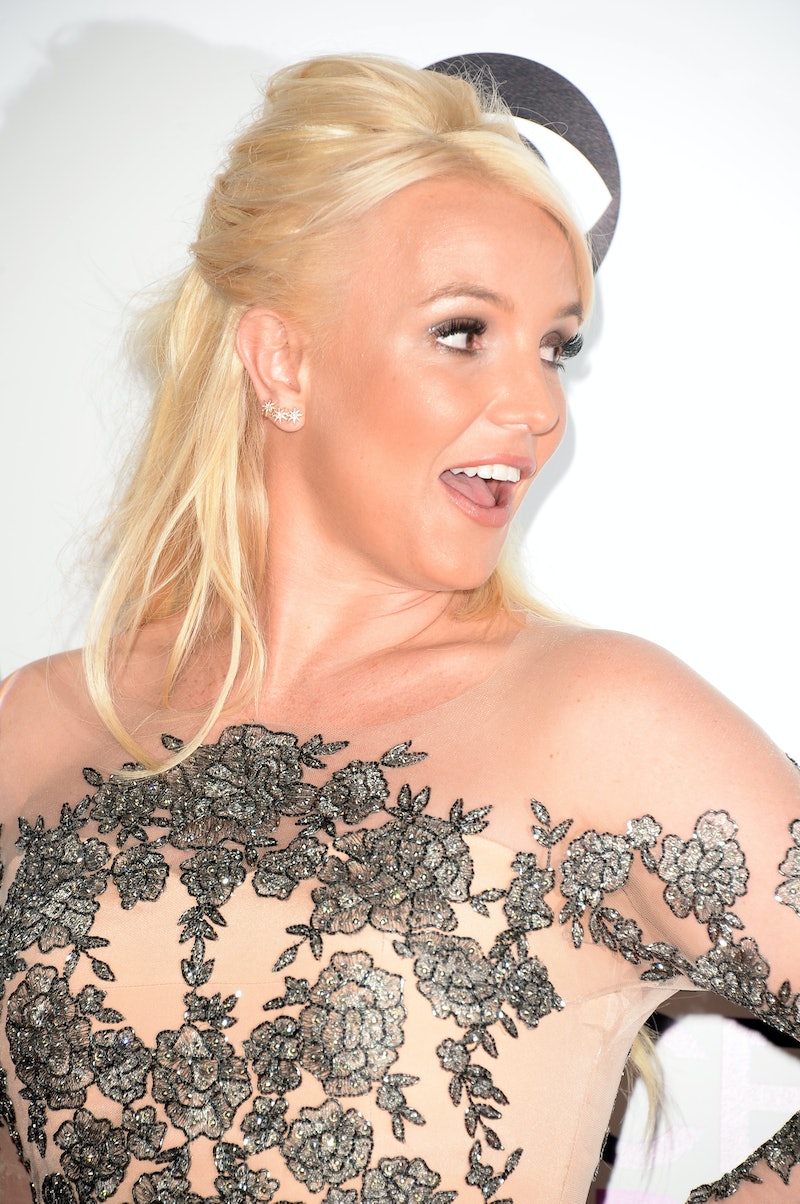 It's been a few weeks since the internet buzzed about the new music video for Britney Spears and Iggy Azalea's collaboration "Pretty Girls," and now the audio track is officially here. "Pretty Girls" is a catchy, Gwen Stefani-esque pop tune which celebrates both the epic hotness of Spears and Azalea as well as calling out sketchy dudes who can't get their acts together when they are around said babes. The tune will inevitably be played 24/7 on the radio a la Azalea's first big hit "Fancy," and the upcoming music video, which features Spears and Azalea as '80s Valley Girls cruising around in a Jeep. Spears and Azalea's soon-to-be hit may have been one of the most highly anticipated new tunes to infiltrate pop culture, but you may be surprised to learn that there name isn't all that original — like, at all.

While we were all waiting for the release of this "Pretty Girls," we could have listened to plenty of other songs with the same (or extremely similar) name. Long before Spears and Azalea channeled their inner Valley Girl and waxed poetic about how gorgeous they are, these singers already had their own tunes on lock. Here's what other "Pretty Girls" you can listen to in between repeated listenings of this new song.

This country tune is just a little bit sweeter than Spears and Azalea's sassy pop hit, and it features a music video that might make you tear up. (It features an old couple in love, so, yeah — cue the sobbing.)

Do you remember Sugarcult? Because I totally miss Sugarcult. This song, which I listened to on repeat for most of 2002, is kinda a dark tune, but an addicting one nonetheless.

If this isn't your go-to getting-ready-to-go-out tune, I don't know what you're doing with yourself. Plus, the music video features Hilson dressed across different decades and it's amazing. We all need to do the pretty girl rock.

He's so indecisive, just tryin' a find a girl that his shoes go nice with. (???)

Has there ever been more country than "Dierks Bentley?" The answer is this song.

Yes, this is THE Alyson Stoner, of Disney Channel and those Missy Elliot music videos. This song, created for Stoner's new Lifetime film Sugar Babies, is a serious jam.

Only time will tell how "Pretty Girls" will standout amongst all of these other songs, but with Spears and Azalea at the mic, it doesn't even matter how common the name is. We'll be singing along no matter what.