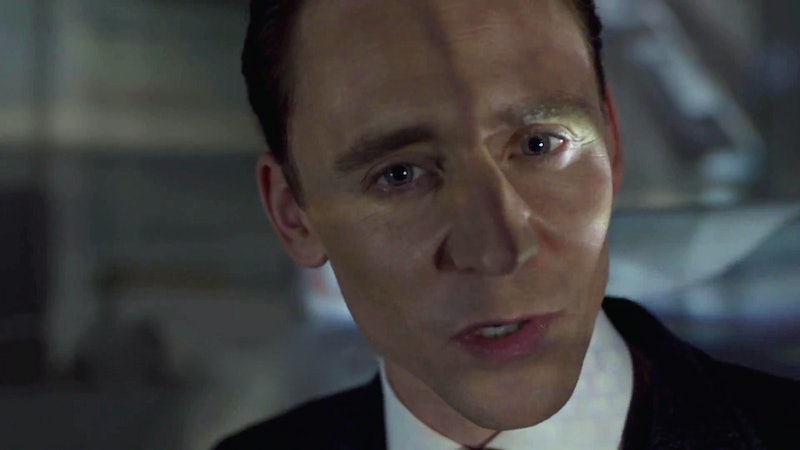 Today is a good day because there's a new Tom Hiddleston Jaguar commercial. It's been a year since the last one was released featuring Hiddleston reciting Shakespeare and generally ruining all our lives. Fortunately (or unfortunately if you value your ovaries), Jaguar has decided to give us even more Hiddleston and, as a bonus, Nicholas Hoult. On Sunday, the Middle Eastern and North African branch of the company released a new advertisement for their luxury cars starring the two British actors. We got a taste of bad boy Hoult last October when his first solo Jaguar commercial was debuted. But put the two of them together and it's really too much. Especially considering that there's also cats in this ad. Yes, Tom Hiddleston finally petted a furry animal — thank you Jaguar.

The commercial is only 30 seconds long, but it's jam-packed with amazing moments. Really, I could care less about the cars. They're red and fast and all that. But have you seen Hiddleston? You need to stop what you're doing and watch the ad celebrating the "more ruthlessly efficient" Jaguar XE. This commercial is the first bit of acting fans have gotten to see Hiddleston do in a long time. So, I've taken the liberty of breaking it down to its 10 best moments.

Not the bow tie!

And Dangled His Tie Teasingly

I love that he's still wearing a tie, though. It's just a slightly less fancy one.

He Spun Around In His Chair

Such a villain, this one.

Then He Patted A Dangerous Wild Animal

When I first saw this I was like OMG Tom and a panther, so badass! And then hours later I realized it was a jaguar, because duh.

There are too many stunning British cheekbones in this one picture.

They Released The Cats

Only Hiddleston can make that line sound remotely serious.

The Cats Were Really Cars

And Nicholas Hoult's Power Stance Was Clearly Learned From Hiddles Himself

"Go forth and rule the road!"

Then This Cat Totally Fangirled Over Hiddleston