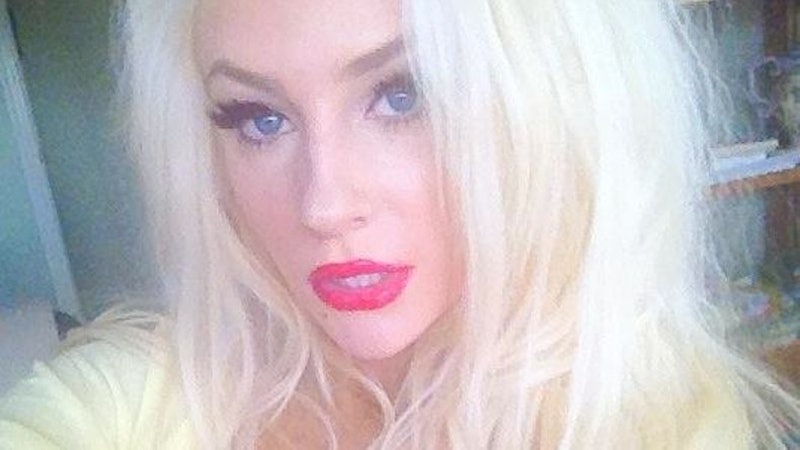 You were skeptical, and it turns out you were right to be: Nineteen-year-old Courtney Stodden has reportedly separated from 53-year-old husband Doug Hutchison. Oh, disturbing, barely legal true love, why have you forsaken us? If they can't make it, then no teenager looking to marry a 50-something man can. (No, really, in some states, they can't.)

Since making a splash two years ago — when a then-16-year-old Stodden announced she would marry a Lost actor more petrifying than a smoke monster — the couple has remained a constant presence in the media, starring in several reality series and photo shoots that would even make Terry Richardson gag. But, as RadarOnline first reported, the couple drifted apart, thanks to Stodden's fame, which grew faster than her bra size in recent years. Said a source to Us Weekly , "After Courtney experienced being in Celebrity Big Brother in the UK she realized that there is this whole world out there to explore ... She was so reliant on Doug up until doing the show, but after going so far away, she realized she could survive by herself."

So now, the little bird is freer than her cheap wardrobe. Free! But let's not count out Stodden and Hutchison yet. After all, this is a couple that has thrived off of media fame, even enjoying a stint on Couples Therapy to continue to remain in the fame game. (And, Stodden, for her part, is known for informing photographers of her whereabouts in order to stay in the press. And let's not forget about that supposed sex tape.) So are Stodden and Hutchison really parting ways, or have they simply run out of ideas to sell to the media? Were they ever together in the first place? What's up? What's down? What's the meaning of life? And who will Stodden date next? Based on this expression, perhaps a cheeseburger?

More like this
‘RHOA’s Shereé Whitfield’s Boyfriend Tyrone Gilliams Hinted He’s Single
By Brad Witter
Kim Kardashian & Pete Davidson Took A "Very Romantic" Couples Trip To Tahiti
By Jordyn Tilchen and Bustle Editors
Kendall Jenner & Devin Booker Reportedly Broke Up After 2 Years Of Dating
By Jordyn Tilchen
Winter 'Love Island' Will Be Back In 2023, ITV Bosses Confirm
By Maxine Harrison
Get Even More From Bustle — Sign Up For The Newsletter