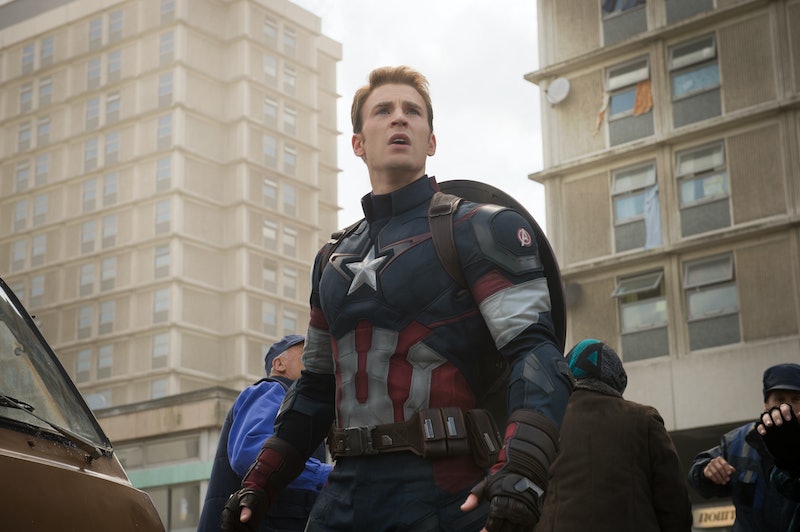 If you haven't gone to the theaters to see Age of Ultron yet, the spoilers in this post are on your head! Avengers: Age of Ultron was a box office hit that featured the biggest threat to the Marvel Cinematic Universe yet, along with a bevy of new characters, Easter eggs and teasers for upcoming movies. But will Captain America: Civil War be bigger than Age of Ultron, bolder and more badass than the ultimate team-up of Marvel superheroes? Marvel Studios officially announced who's going to be in Civil War , which recently kicked off production in Atlanta, Georgia. By the looks of things, this film is going to be much larger in scope than the previous installment of the MCU.

Captain America: Civil War takes its name from the popular comic book run, simply called Civil War. It was a major event in the comics that saw Iron Man pitted against Captain America over a registration act from the government, which was trying to regulate all superhero activity in the world. Cap opposed it, Iron Man supported it, and the Avengers took sides as the two heroes battled against one another. The film version will take the general story arc and adapt it for the screen in its own way.

Evans' Captain America became such a popular character for the fans that his movies are now becoming even more extravagant and important to the overarching universe than the Avengers movies. Captain America: The Winter Soldier threw a major curveball that majorly impacted the future films, and Civil War is such a well-known story among Marvel comic readers — and with such a bulky cast — that perhaps we should call it Avengers 2.5. Even Age of Ultron seemed to be leading into this film, as opposed to a Captain America movie leading into Avengers.

There's a moment when we see Rogers and Stark arguing over "ending the war before it starts" while they're chopping wood at their safe house. The argument escalated to blows when Rogers discovers that Stark was finishing Ultron's work in creating The Vision behind the team's back. Even in the first Avengers movie, we saw the team bickering to point where Rogers tells Stark to put on his suit so they can go a few rounds.

So, basically, this will be the biggest Marvel movie so far. Sorry, Avengers. The film is set for release on May 6, 2016.