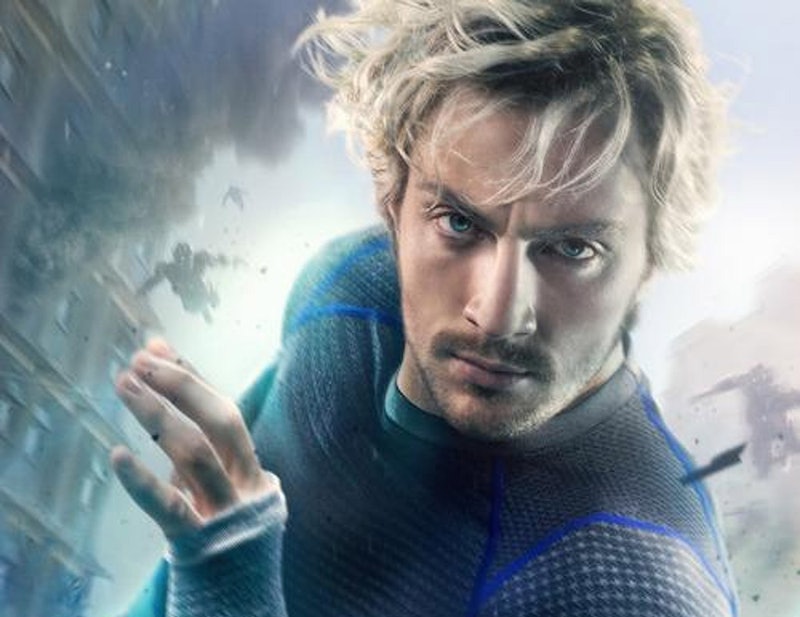 Pietro Maximoff aka Quicksilver is totally the Beth March of Avengers: Age of Ulton, leaving fans asking, "Why did Avengers' Pietro have to die?" Pietro was one of the most exciting and compelling characters of the otherwise ho-hum sequel, and now he's gone, never to see the light of Avengers: Infinity Wa r. The lightning-fast hero took a bullet to save the lives of Hawkeye and an innocent child who were trapped in the grips of Ultron's destruction. He overcame his hatred for Tony Stark to fight on the side of good and take on an evil that superseded his own desire for revenge... then he goes and dies doing the most heroic thing he could. DAMN YOU, POETIC TIMING!

Even though Quicksilver could move practically at the speed of light, he was not infallibly fast. His speed didn't make his matter dissolve, nor did it make him impermeable to injury; so even when he was in motion, he was a solid, whole body. According to Marvel exec Kevin Feige in an interview with MTV, “[Pietro's death] adds stakes to the ending of the film... [and can] show repercussions for Ultron’s actions, and also in a way to solidify Scarlet Witch’s character, and Wanda’s arc in the movie and where we’ll see her in the next films.”

So there you have it, Quicksilver's powers don't make him immune or immortal and the filmmakers wanted his death to add drama to the film. But here are the real reasons why Quicksilver left us far, far too soon:

To Shatter Our Hearts

The Hulk is Marvel and Loki is our feelings.

To Light Even More Fire Under Scarlet

MOVE BISH, GET OUT THE WAY.

UGH HE KILLED PIETRO'S PARENTS (sort of). UGH! I hope he gets his in Infinity War!

To Make Fans Root Against Hawkeye

UGH! Pietro wouldn't have died if Hawkeye would have just thrown himself in front of the bullet. UGH! I hope he gets his in Infinity War!

To Make Space for Even More Newbies

Vision, and Falcon, and War Machine, oh my!