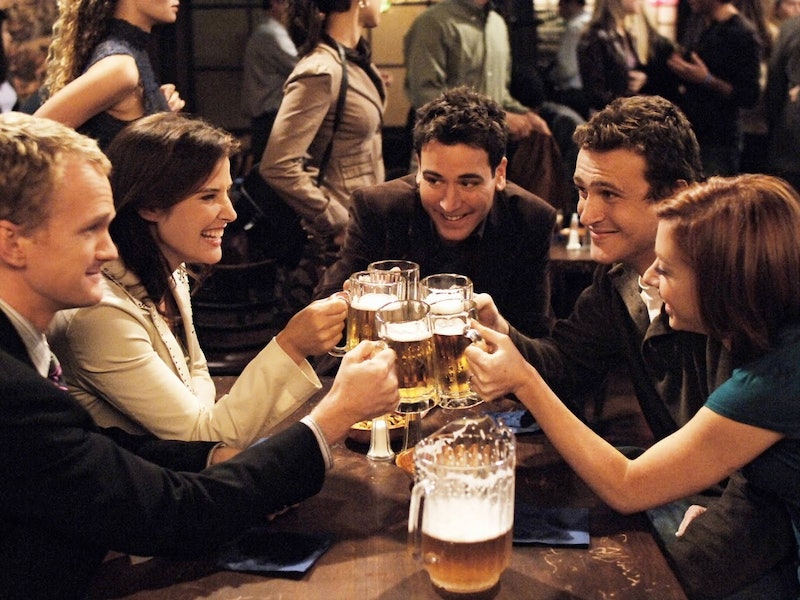 Is 2015's record-breaking Fifty Shades of Grey really just an illicit episode of How I Met Your Mother? If you've seen Full House veteran, Bob Saget, provide a lip dub for Fifty Shades' Anastasia Steele and Christian Grey, then you've probably had the experience of the film's erotic elements being dismantled, and replaced with a much more sitcom-type essence. As all of us die-hard HIMYM fans know, Saget provided the voice for future Ted Mosby as he narrated each episode, and I can just picture the start of an HIMYM installment with Fifty Shades themes beginning. It would probably start with future Ted saying something like: "kids, today I'm going to tell you why you should never accept an invitation to 'the red room.' Your Uncle Barney was a big fan, but just trust me on this one."

It's not an easy task to make the steamy snippets of the original Fifty Shades trailer lead audiences to fits of laughter, but Saget is a man of many talents. Not only does he voice all the tense back-and-forth between Christian and Anastasia, he also provides various...er...slurping noises during elevator make-out sessions and bedroom scenes. Yup, Christian and Anastasia's sex officially has become its own brand of comedy, and — as an avid fan of sitcoms — I'm pretty OK with that.

Being that any love I have for the Fifty Shades franchise can't quite be paralleled by my unwavering affection for HIMYM (no hate, of course — there's very few things that come close to my feelings for HIMYM), I'm really quite excited to see the two mesh. Without further adieu, let's take a look at some of the ways Fifty Shades could actually just be a really long episode of HIMYM.

The Dancing Is Sort Of The Same

Both Involve A Lot Of "Suiting Up"

Oh hey there, Christian! Meet Barney — you two might be the same person.

Love triangles for everyone!

They Both Know How To Dish Out The Romance

Everyone Takes Pride In Their Careers

Robin was a reporter and —similarly — Anastasia was an aspiring journalist. Christian is a CEO and from the looks of Barney's vast apartment — not to mention his endless collection of suits — he was doing something within that same vein.

I don't care if Fifty Shades is meant to be the epitome of seduction; I definitely experienced some second-hand awkwardness during a few scenes. And, of course, awkward situations were just one of the many things that added to HIMYM's charm.

There Were Tons Of Feels

And that, kids, is how Christian Grey met your mother.