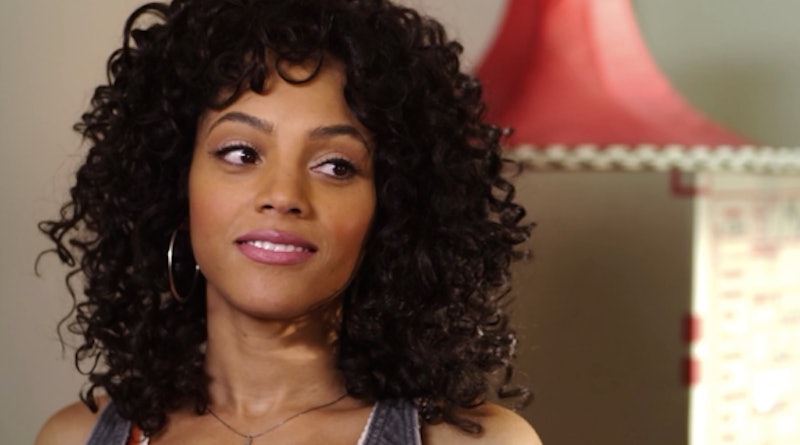 I’m gonna put it out there: I don’t think that one of Pretty Little Liars' biggest deaths really happened. For my money, Maya is still alive. Call me crazy, but there's more than enough proof. The night Maya’s body was “found,” Mrs. Fields told Emily that they “thought” it was Maya — we, the viewers, never received any ocular proof of whose body was in that grave. (And remember how that went when they found "Ali's body" back in Season 1?) But why bring this up now? Well, considering the rate at which secrets are cracking wide open on Pretty Little Liars , I'd wager that Maya & Season 6 have a date with destiny now that we can all agree that she's actually not pushing up daisies.

It’s safe to say that viewers can’t assume anyone is dead on this show. I mean, we were all convinced that Mona died a vicious and bloody death when she was really just being held captive and made to dress like Ali by a crazed Charles DiLaurentis. Normal stuff. In Rosewood, people come back from the dead like, all the time (again, just look at Ali), and since we have no body, I’m willing to bet that Maya will make an appearance in Pretty Little Liars Season 6. Maya showing up at this point would, of course, be just in time to seriously creep out the girls and seriously throw a wrench into Paige and Emily’s already rocky relationship.

So now that I've totally convinced you that it's happening (right?), here's what we could expect from Pretty Little Liars with Maya back in the mix:

Maya & Nate Are The Twins, Not Jason & Charles

There have been all sorts of twin allusions over the past few seasons of Pretty Little Liars, and when Charles was revealed as Big A, it was just sort of assumed that the twins were Charles and Jason DiLaurentis. But you know what they say when you assume… Considering we just found out about Charles, we can’t discount any other dual pairings that we’ve seen over the past five seasons. When Nate (aka Lyndon James, the guy who claimed to be Maya’s brother) was attacking Emily, he said that she’d taken someone that he loved away from him — he said nothing about death or murder. This could lead to a Season 6 reveal of Maya’s whereabouts and family tree.

CeCe got the hell out of dodge (aka Rosewood) as soon as she could; Vivian Darkbloom hopped on a jet to France and really hasn’t been seen again since she fled to escape the cops, who are after her for Wilden’s murder. What if Maya is also a big old part of this conspiracy? She always seemed older than the other liars, which could put her closer to Melissa and CeCe’s age than Emily and Spencer’s. Could she have been a part of the N.A.T. club, or the group that vowed its destruction? Anything is possible, but this sounds like a great storyline for Season 6. (You hear me, I. Marlene King?)

Maya Is On The A Team

Picture this: Maya only got close enough to Emily to mess with her mind and infiltrate the liars, and then she bailed — except she’s been puppeteering all of the evil hijinks since she left. We know who Big A is, but what if Maya and Charles are personally acquainted, aka planning some effed-up stuff in order to torture the liars? It could happen...

Maya Is Dead But Her Secrets Are Unearthed

OK, so what if she really is dead? I know we didn’t find a body, but maybe I'm wrong and Maya is really dead and gone. Her secrets could live on, though; they have never been completely figured out. Emily and the other liars tried to hack into her website and figure out why she left, who was after her, and who could have wanted to kill her, but they only got so far before they hit a dead end (even hacker Caleb couldn’t help). This season could open up just what Maya knew, even if she is really gone.

Maya Got Sent To Radley

Radley Sanitarium is like the Central Perk of Pretty Little Liars — doesn’t it seem to be where everyone hangs out? (No offense to Ezra’s coffee shop/bookstore combo meal deal.) Perhaps Maya ended up in Radley because she was a little nuts. She always seemed like a problem child and if Maya turned violent or something, her parents could have been ashamed of her and just accepted the rumors she had died after they committed her to Radley. (Lord knows the Rosewood police never miss anything.)

What if Caleb just missed Maya when he was on Ravenswood? She had some creepy tendencies, so she definitely would fit in very easily in a town where people just become ghosts for no real reason. In this Pretty Little Liars world, it could definitely happen.

And in case you still think I'm insane, I'll leave you with this: In Rosewood, anything is possible.