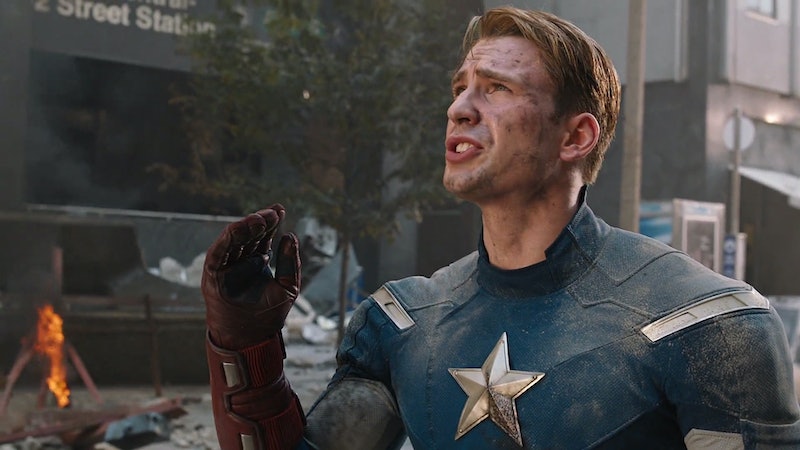 There was a time when you could get through life without ever having to watch a Thor movie. It was a better time. A time when you could devote your attention solely, and without consequence, to the motor-powered wit of Tony Stark or the stylized adventures of Steve Rogers. Sure, a few elements the plot of The Avengers might be a bit muddled in the absence of a background in Asgardian research, but it’s hardly the sort of thing that you couldn’t catch onto quickly: “See the blond guy? He’s good. See the skinny guy? That's his brother, and he’s bad. See the stick? It has powers.” There, you’ve got your GED in Thor. But those days of picking and choosing your Marvel films are coming to a close.

Marvel Studios never wanted us to get away with SparkNotes-ing its standalone features, hoping throughout Phase I that the excitement over the 2012 team-up flick would incite interest in all preceding ventures. As the studio must have noticed, however, domestic and worldwide ticket sales for the Thor and Captain America: The First Avenger films paled in comparison to those for either of the Iron Man movies, and, eventually, to sales for The Avengers. People weren’t seeing everything the studio was putting out, which just wouldn’t do. The new plan, as we have seen rear its head at the tail end of the present Phase II: force ‘em to see everything.

Now, while Iron Man 3 and Captain America: The Winter Soldier relied heavily on a familiarity with the events in their characters’ previous standalone features, as well as in The Avengers (which everyone saw anyhow) for total comprehension, there remained no prerequisite of any partnering sub-franchise; what’s more, Thor: The Dark World didn’t really make sense no matter how many Marvel movies you’d seen.

Then we got to Avengers: Age of Ultron, which naturally relied on an understanding of each character’s arc and adventures to date, dealing in side missions to prophetic lakes for Thor, bouts of judgment-diffusing PTSD for Tony, and the occasional mention by Steve that he sure does miss the ol’ days. It wasn’t so much the past that Ultron was demanding a retroactive engagement with, but the future. The groundwork for future Marvel endeavors was so transparent that the scenes were practically lined with blinking signals.

Thor’s waterlogged vision quest wouldn’t conclude in Age of Ultron, promising payoff only in the eventual Thor: Ragnarok. And, after the jagged inserts of such sequences in the 2015 film, wherein a glowing-eyed Idris Elba pronounced doom to befall all of Asgard by fault of Thor himself, you’d be hard-pressed not to find yourself the least bit curious as to what the hell is going to go down in Ragnarok. So, even if Thor isn’t your thing… yeah, sure, maybe you’ll check that one out. Glowing-eyed Idris Elba, and all.

We see this same trick dealt via the cameo appearance of Andy Serkis, playing supervillain-in-the-making Ulysses Klaue, who’ll rear his evil side in earnest in Black Panther, a property that many comic-agnostic Marvel Cinematic Universe viewers might not be all too familiar with just yet. Who’s the fellow with the bad shave, the funny accent, and the ill-fated arm? He’s the bad guy in another movie? One without any of the characters I’ve come to know and enjoy thus far? Well… all right. I guess I can give it a shot.

But this towing of the seedlings of future franchises is hardly a practice pioneered by the MCU. Pop fiction has been prepping audiences for sequels since Charles Dickens invented the cliffhanger. Where Marvel stands unique, and looks to dissipate its own “standalone movie” function, is in the third element introduced in Ultron: the Tony/Steve storyline.

By name alone, you’d assume Captain America: Civil War to be a Steve Rogers-centric picture. In reality, it’s going to prove more like an Avengers film (or, at the very least, more like the forthcoming DC Comics movie Batman V Superman: Dawn of Justice) than either The First Avenger or The Winter Soldier. As we learned via a casting announcement earlier this month, Civil War will feature extant characters Steve and Tony, Avengers Natasha Romanoff/Black Widow and Clint Barton/Hawkeye, Ultron baddie-turned-heroine the Scarlet Witch, Cap series sidekick Falcon, Iron Man series sidekick Rhodey, Cap villains Winter Soldier and Crossbones, Iron Man computer-turned-Ultron-hero (ugh, the headaches are starting) Vision, yet unseen characters Ant-Man and Black Panther, and — if you can believe they’re returning to this well — The Incredible Hulk’s General Thaddeus “Thunderbolt” Ross.

Taking for granted that everyone interested in the Captain America films has also seen The Avengers and Age of Ultron, and allowing the numbers to suggest that all interested parties have checked out the Iron Man movies too, characters like Natasha, Clint, Falcon, and Rhodey should be no source of confusion. The reliance on plot points set up in Ant-Man remains to be seen, ditto the introduction of those yet to come in Black Panther. But, no matter how much or little Iron Man, Avengers, Ant-Man, and Black Panther homework you really need to do for Civil War, the fact remains that the MCU wants you to keep these films on your mind. It is the same mentality that they embraced with Avengers, though now with a much heavier history that you’re asked to commit to memory (or at least brush up on colloquially, via the good graces of your well-versed companions, just before the film begins).

The biggest sign of the destruction of the standalone film is the inclusion of Incredible Hulk character General Ross. Here’s a movie that Marvel released in 2008 (eight years before Civil War is set to come out), hasn’t built upon in any way beyond keeping the Hulk present in its Avengers films, and has practically asked us all to forget about. Even this one, Marvel’s black sheep, is invited into the world-building party that is Civil War.

Up until now, the Avengers movies have been distinct from their standalone counterparts, even in form. The Avengers played as one big climax, with the benefit of “assumed prior knowledge” pulling in the premise at an accelerated rate. Age of Ultron doubled down on this notion, albeit to diminishing returns. Everyone might celebrate the Avengers films widest and loudest, but there’s something that we’ve only managed to get thus far in the smaller, simpler features: genuine stories.

The arcs of Iron Man and Captain America, both within their movies and across the respective groups, have played well in the absence of the sort of “attraction” elements pumped into the Avengers flicks. Without concern over the construction of a world beyond its runtime, any one of these features has managed (or at least striven) to explore something new in its character or intrinsic subgenre. With so much to deal with in Civil War, we shouldn’t expect this traditional degree of attention lent to Cap. In truth, it probably won’t really be much of a Captain America movie at all, but an Avengers film disguised as such.

So what are we losing out on? The interesting character work that enchanted us to Steve or Tony (and maybe even the others) in the first place. All in favor of the "more" and "bigger" that, if we're being honest, didn't work all too well in Ultron to begin with. Thinking more optimistically, without the "Avengers" label, maybe Civil War won't be driven to quite the same extreme. Maybe Cap 3 will be able to take its time and find a happy medium between the temperate Winter Soldier and the overblown Age of Ultron. There's got to be something worth watching in there.