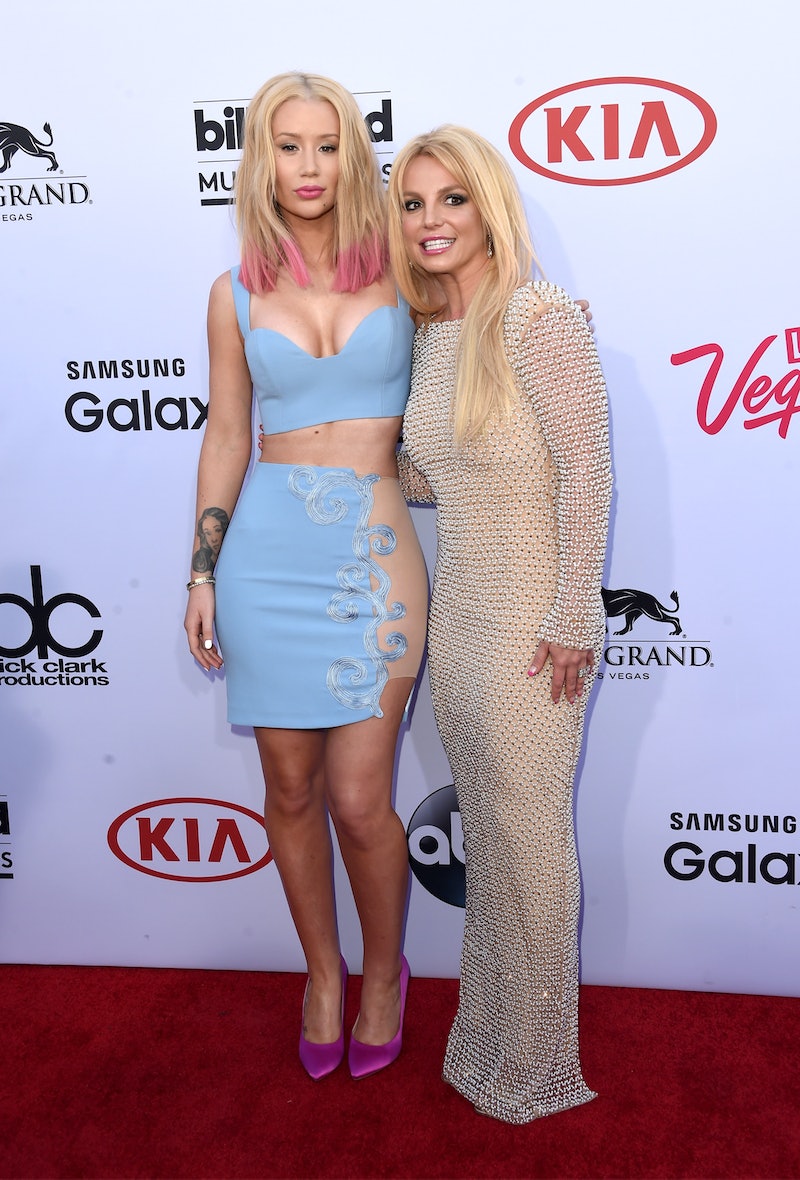 I had no doubt that Iggy Azalea and Britney Spears' Billboard Music Awards performance was going to be... something, I just wasn't sure know what that "something" would be. For one, Britney Spears' award show performances always get people talking, whether they're good or (and I hate to do this) bad. Plus, if you've seen Azalea and Spears' recently released "Pretty Girls" music video, you knew there was some weirdness coming to the BMA's stage. I mean, that thing features Azalea as an alien who speaks in a Valley Girl/Australian/martian accent. And, just, so many more strange things. It is ridiculous, and unsurprisingly, so was Azalea and Spears' live performance of the song.

This performance had everything: Iggy in an outfit reminiscent of Reynolds Wrap, Britney wearing latex like it's 2000, A LOT OF NEON, bikes, roller skates, pyrotechnics. It was really an assault on the eyes, but so much better than the "Pretty Girls" music video in my humble opinion.

The best part of all was the dancing. Spears' dancing hasn't been what it used to be since her knee injury several years ago. Any fan knows that things really took a turn at that point, and suddenly her dance moves involved a lot more... arms than they used to. But this performance gave off some real old school Britney vibes. Spears hit her marks and danced with more intensity than we've seen in some of her past post-injury performances. Sure, it would've been nice if it was a little less apparent that she was lip syncing. (She was, right?! I can't be the only one who thought this.) But, all in all, it was a job well done by both ladies.

More like this
Britney Spears’ Honeymoon Plans Include Watching This Movie With Her Husband
By Grace Wehniainen
You Might Want To Rewatch 'Elvis' For This Britney Spears Easter Egg
By Grace Wehniainen
Adele Says It Would Be “Wonderful” To Have Kids With Boyfriend Rich Paul
By Jake Viswanath
Rihanna Is America's Youngest Self-Made Woman Billionaire, According To 'Forbes'
By Hugh McIntyre
Get Even More From Bustle — Sign Up For The Newsletter