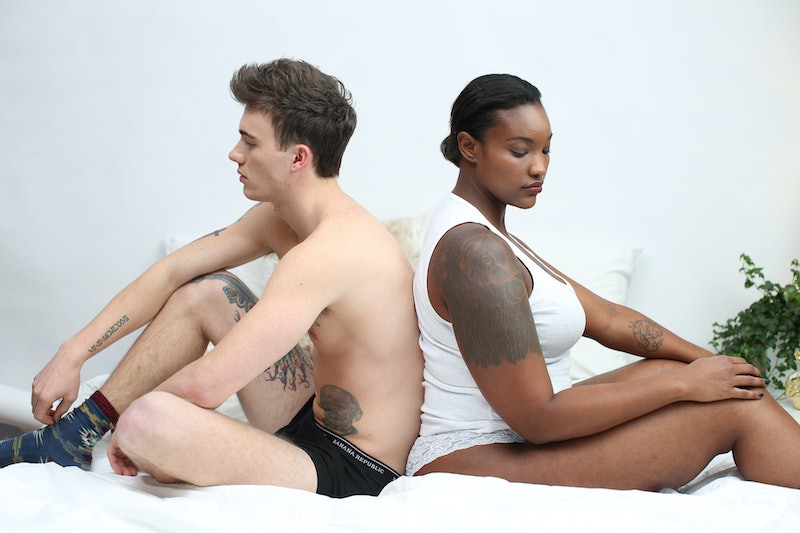 While it is impossible for research about cheaters to be completely accurate, since said research depends on people being open about their shortcomings as monogamous partners, various studies have gathered that approximately 30 to 60 percent of married couples experience infidelity (at least in the United States). And an increasing number of people under 30 are becoming unfaithful in their relationships. These statistics, as well as common heartbreaking memories, show that many of us have personally experienced the devastating pain caused by a disloyal significant other, but there are still a lot of things you may not know about cheaters.Finding out that the person who had promised to be romantically involved with only you, both physically and emotionally, is having a grand old time gettin' their fornication on with other people is one of the most agonizing events many will ever survive in a relationship. The most frustrating aspect of the frequency with which cheating occurs is that people don't have to practice monogamy to have a strong partnership, as long as they clearly set certain boundaries at the beginning of their relationships in which both partners are happy. And they should only enter polyamorous relationships if it is desired and understood by all partners. Just communicate, you guys. But if monogamy is what is promised, then monogamy better be what happens. Otherwise, just don't commit to that person!Sadly, we all know that people promise monogamy, only to have sex with their exes or someone they met at a bar. Speaking of these subpar partners (subpartners?), here are some facts about cheaters that you may not have known:

1. The universe will punish their penises.

In a hilarious demonstration of karma, a University of Maryland study reveals that men who cheat "may increase the risk of penile fractures ." Between 2004 and 2011, a urologist at University of Maryland Medical Center, Dr. Andrew Kramer, studied 16 cases of broken penises that had been treated at the medical center in order to find out what the men had been doing when the injuries occurred.

His findings, published in the Journal of Sexual Medicine, found that half of the injured men had been creepin'. In fact, only three of them had been engaging in sex with their partners when they tore their D's. The majority of them turned out to be f*ckboys who had been cheating on their partners, having rushed sex in inconvenient spaces that required awkward positions, like in a work bathroom, elevator, car, etc. These situations, as Dr. Kramer says, “make the man less able to protect his penis from an unexpected sudden downward thrust leading to the fracture.” It's comforting to know that if your partner disrespects you by gettin' some action on the side, he may very well end up shooting himself in the foot. Or in the penis? You get it. His penis will break. #Justice

That infamous dating site Ashley Madison, which caters to married folks seeking out affairs, surveyed over 40,000 of its users about their top ten restaurants for extramarital dates. Their poll results revealed that the most frequented locations include Chili's, Outback Steakhouse, P.F. Chang's, and Red Lobster. Who doesn't swoon in the romantic, mysterious, poorly-lit atmosphere of a chain restaurant?

Chili's is bomb, tho.

3. A right swipe may make you their mistress.

Recently, Global Web Index released a study about Tinder users that revealed 40 percent of them are already in committed relationships, and three in ten are actually married. Women who use the app are twice as likely to be the ones cheating; over half of them are supposed to be in monogamous relationships, and 40 percent of them are already married to their partners. This is compared to one-third of male users who are already in serious relationships, 23 percent of whom have already said "I do." You should always expect dating apps, much like dating IRL, to yield some questionable results. So just be ready to possibly break it off with a Tinder match, since you're not tryin' to be someone's sidepiece.

Russell Clayton, a doctoral student at the University of Missouri School of Journalism, conducted a survey of 581 Twitter users to see if there was a link between active Twitter use and the eventual dissolution of relationships. He interviewed subjects of all ages to gauge how active they are on Twitter, and how often they interact with followers and other users on the social media platform. Based on their answers, he asked them how often they got into arguments with their significant others over spending too much time retweeting and whatnot. Clayton found that when the subjects were "more likely ... to experience Twitter-related conflict with their partner," it "significantly predicted negative relationship outcomes such as cheating, breakup and divorce." Clayton began the research after gathering similar information regarding Facebook users and relationship conflict. It's never a bad idea to listen to your partner when they ask you to spend more time with them and less time on social media. #LiveInTheMoment

5. They are not necessarily unhappy in their marriages.

Despite what you may assume, people don't need to be in loveless, sexless marriages to begin an extramarital affair. Biological anthropologist Helen Fisher, PhD, found that 56 percent of men and 34 percent of women who had been unfaithful reported that their marriages were either "happy " or "very happy." These statements cause Fisher to believe that genetics play a role in why people cheat, since many are emotionally fulfilled with one partner. If those interviewed would be much happier in open marriages, they need to communicate that desire with their spouses and see if such an arrangement would be possible for both of them, rather than lie. As mentioned before, people can be totally satisfied and comfortable in those types of relationships, but only through honesty.

6. They have longer fingers

In the latest edition of Research I Can't Believe Was Funded, Because Is It Really Helping Anybody, the department of experimental psychology at Oxford University published findings in Biology Lettersstating that people who cheat (of any gender) are more likely to have ring fingers longer than their index fingers on the same hand. Finger length is predetermined in the womb, and partially based on "the level of sex hormones babies are exposed to" in utero. A longer ring finger means a person was likely exposed to more testosterone, so that person may have "an appetite for more sexual partners."

The researchers claim that those with evenly long ring and index fingers are more interested in committed, monogamous relationships. The study is based on 1300 finger measurements and interviews with 600 people from the United States and the UK, but even one of the researchers says that "other factors can mitigate" effects that the ring finger may have on an individual person. So I don't recommend that anybody start anxiously measuring their current or prospective partners' fingers, nor do I support anybody blaming their behavior on a finger bone.