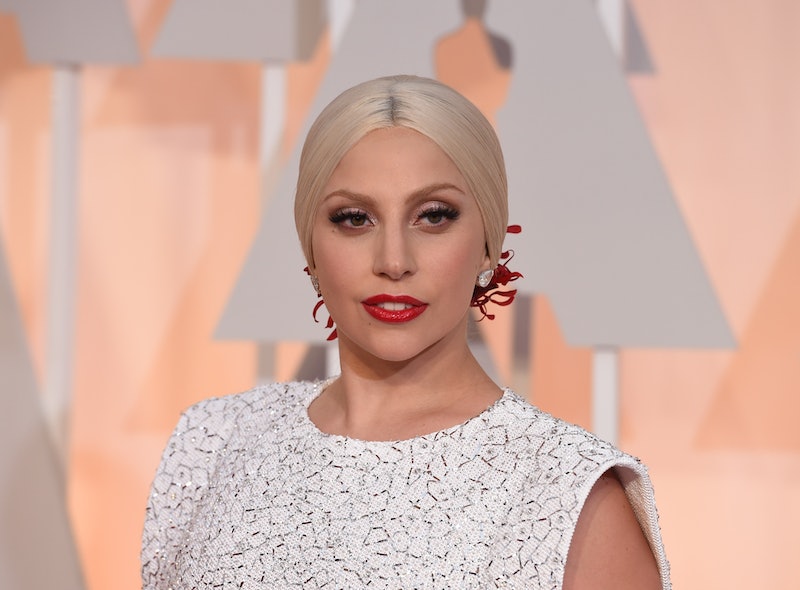 The Internet was recently set ablaze when various incredible wedding dress sketches by some of the top haute couture designers started circulating around. And who was the lucky inspiration behind these dreamy looks? None other than Lady Gaga! Even since Gaga and her fiancé Taylor Kinney got engaged in February, fans and fashionistas have been dreaming up just how the singer's wedding dress will look, considering her daring and zany looks of the past. When I started looking at the dresses, I started wondering: when is Lady Gaga getting married?

For such a public figure, Gaga has remained fairly secretive on any details about the wedding, so answering this question requires some digging around for clues. Regarding her dress, reports have already come out that she has chosen Vera Wang as a designer, which would be a surprisingly classic choice for the 29-year-old. As Gaga herself explained in an interview with Womens Wear Daily: “[The dress] will be totally for Taylor. It’s all about my man. I haven’t really thought about anything specific yet but whatever it is, it will be totally for him.” While that give us a little insight, I decided to look into some further clues and figure out when I should be expecting my invite.

What struck me about Gaga's quote to WWD is that it seems like she truly does want to have a classic and humble affair. I think everyone would have expected the 29-year-old to want an absolutely extravagant and over-the-top wedding, but her fiancé seems to be a down-to-earth guy, and I think the event will cater to their life beyond the flashing lights. This will be Stefani Germanotta's wedding to Taylor Kinney — not Lady Gaga's.

A few months ago, she shared a little bit about her ideal simple wedding while on Howard Stern's show, saying,

You don't know me very well if you think I'm gonna have a big wedding. If I get married I'm gonna be like hanging out of a pickup truck in a David's Bridal [gown] while my stylist is screaming at me, trying to put a blonde wig on my head!

Based on this, what I see is Lady Gaga hanging up her meat dress, extravagant wigs, and heel-less shoes and letting her hair down — both figuratively and literally — to marry the man of her dreams.

Earlier this month, Kinney was interviewed at NBC Universal Upfronts, when the question of his nuptials came up, and gave us all a tiny little clue when he said, "We're laying low, we don't have a date yet... but soon. We'll probably keep it to ourselves anyway." Soon! But how soon is soon? I think they definitely do have a date, but just aren't telling us about it.

Kinney was away filming The Forest in Serbia during May, and with news of Chicago Fire being renewed, it must mean that filming should begin on that soon, since it will debut again in November. According to a Facebook page for Chicago Fire extras, filming for Season 4 should begin at some point in July, which means that Kinney will only have a small window of vacation time in the summer. And what better way to spend your summer vacation than getting married to Lady Gaga? Hey, he said "soon."

Tony Bennett, who has spent much of the past year with Gaga, shared with Page Six way back in March that he will be singing at their wedding: "They invited me to do it and, of course, I will.” So, I guess planning has been going on since right after the engagement.

There have been rumors that the couple has been planning to have their wedding at Gaga's Malibu farmhouse. Life & Style says Gaga is keen on having the party at her farmhouse and she has been spending some quality time with her chickens at the "Kinneys coop." If it were up to me to guess, I would say Lady Gaga will be married some time this summer, and it will be intimate, surprisingly humble (yet, fabulous) and the couple will be surrounded by their closest family and friends — just the way they both deserve.