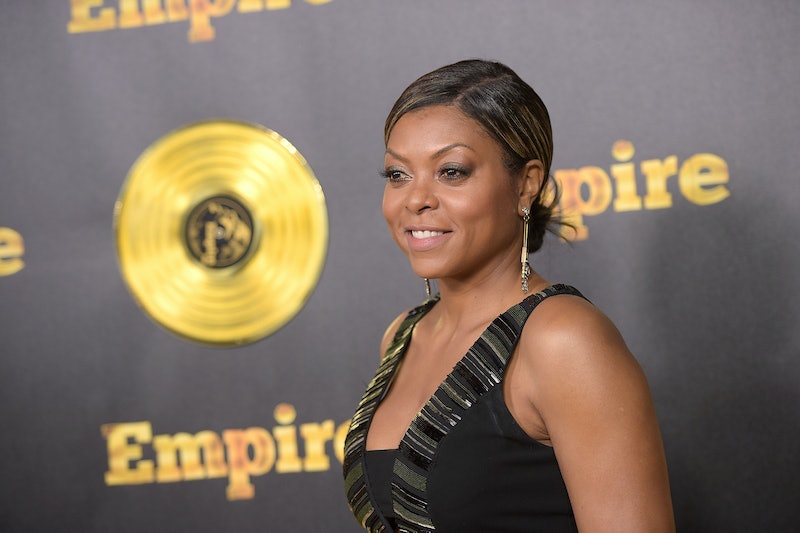 Wow, Season 1 of Empire really left me wanting more. The season finale alone really rocked my world with plot twist after plot twist, and now I'm really concerned for my girl on Empire, Cookie Lyon. While I do have faith in her survival instincts, I cannot help but be nervous about what's to come for her in Season 2. There really haven't been a ton of spoilers leaked, but that only gives me more angst. What's going to happen to Cookie?! Sadly, I have zero insider insight, but I do have a lot of questions that I feel must be addressed when Empire returns for its second season in September.

I mean, there's no way that the writers would leave us hanging, right? Or, at least, I hope not. There are just some matters that have to be addressed in Season 2, and I know I'm not the only one who cares this much. When you really get into a television show, it's hard not to care about the characters as if they're your friends. And when it comes to Cookie, there are plenty of questions that fans need answered.

1. What will happen to her relationship with her son Jamal?

Cookie and her son Jamal always had a special relationship. When Lucious didn't want to support his son's singing career due to his disapproval of his homosexuality, Cookie was Jamal's number one supporter. In a surprise to most of us, Lucious handed the record label over to Jamal in the Season 1 finale. And in a surprise to Jamal, Cookie had a hand in sending his father to jail. On top of that, she teamed up with Anika, Hakeem, and Andre to perform a hostile takeover, so that's really not great for a mother/son relationship. I feel like Season 2 is going to get off to a rocky start for these two, but hopefully they can work things out.

2. Will she and Malcolm start back up?

In some weird way, I am still rooting for Lucious and Cookie to get back together. Even with all the arguments, scheming, and betrayal, I still want them to end up together. That said, I don't think that Lucious really deserves Cookie — yet. I also feel like her romance with Malcolm ended pretty abruptly. Will he come back on the scene? God, I hope so.

3. Will she have another love interest?

Whether or not Malcolm returns, I wonder if Cookie will get another love interest? With Lucious locked up, this seems like a great time for her to branch out. Plus, some of the guest stars have already been announced and I'm wondering if any of them are going to hook up with Cookie Lyon.

4. Will she end up running the record label?

We last left off with Cookie helping Lucious get thrown and jail amidst her attempt at a hostile takeover of the company. Will she have a shot at running Empire? She did so much to build the company in first place so it would be great to see her in action as a boss.

5. Will Lucious get revenge on her?

Getting your on-again-off-again ex thrown in jail is more than the typical lovers quarrel. I imagine that Lucious is beyond angry and we all know that he is not the type of dude to just let things go. If Season 1 has taught us anything, it's that pretty much nothing can keep him down, so I'm pretty scared for Cookie in all honesty. He killed someone without batting an eyelash, so I feel like there's nothing he wouldn't do for revenge.

6. Will she get along with Anika?

They were sort of getting along during the Season 1 finale. Yes, there was a cat fight and a pearl necklace was lost in the fray, but they did team up for a takeover of the company after that. Plus, they both have a common enemy in Lucious, so I imagine they could bond over that for at least a little bit. I don't see them being lifelong best friends, but I feel like they'll join forces for a while in the beginning of Season 2. But then again, Anika did sleep with Cookie's ex husband and son, so that's a really awkward foundation for friendship...

7. Will she be able to bring her family back together?

This is has been Cookie's goal since her own release from jail, and it's certainly no easy feat. Lucious is clearly a difficult individual, to say the least. On top of that, her sons have been pit against each other their whole lives in a competition to inherit the record label. And on top of that, there were so many betrayals that it's hard to keep track of who's getting along these days. But if anyone can unite the family, it's matriarch Cookie Lyon. Can't wait to see what she's got!