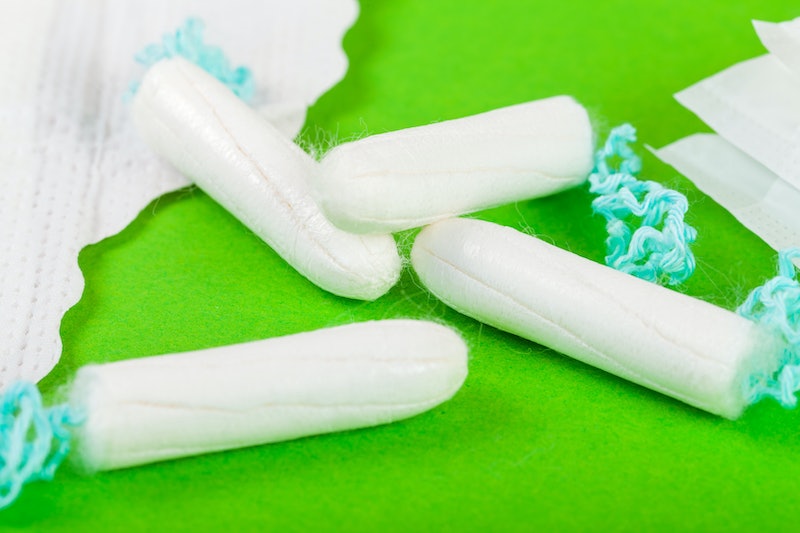 Good news if you live in Canada! The Canadian tampon tax is officially coming to an end on July 1st. It's a victory for your wallet and your vagina. Hooray!

Currently in Canada, menstrual products, including pads, tampons, and menstrual cups, are subject to Canada's five percent Goods and Services Tax, despite the fact that the tax is not supposed to apply to items classified as essential. What's the problem with the tax? Well, the only way period supplies could possibly count as non-essential is if you were advocating for free bleeding. I suppose that could be a thing... but to be honesty, I don't understand why anyone would ever advocate for free bleeding, because it just sounds like a giant mess. Maybe that's just me, though.

But in any event, the tampon tax, as opponents have termed it, will soon be a thing of the past. Although the Conservative government initially said the tax would be dealt with in the next budget, they announced today that actually, the Goods and Services Tax will cease to apply to tampons and other menstrual products starting July 1st. The change happening sooner, rather than later — with "later" being next year — came after campaigns from activists urging lawmakers to jettison the tax.

Conservative Member of Parliament Michelle Rempel told reporters "I think this is just a very positive move for Canadian women and in alignment with our government's record in this regard." She didn't specify preciesly why the change is suddenly happening so much sooner — but whyever it's happening, it's awesome!

The truth is that it's expensive being a woman. There are all sorts of extra costs (like tampons) that men don't have to deal with — and while some of it might be technically optional, it's still generally expected. And then there are bigger expenses, too, like reproductive healthcare, especially here in the U.S. Plus, even the stuff that both men and women need to buy, like razors or even dry cleaning services, tend to cost more when you go to pay for the women's version.

And all of this is despite still not being paid the same as men. Honestly, what do men do with all that extra cash?

But for now, at least some of that injustice is being corrected, with tampons in Canada getting just a bit cheaper. Now we just need the U.S. to make them tax-free as well. Fingers crossed, right?