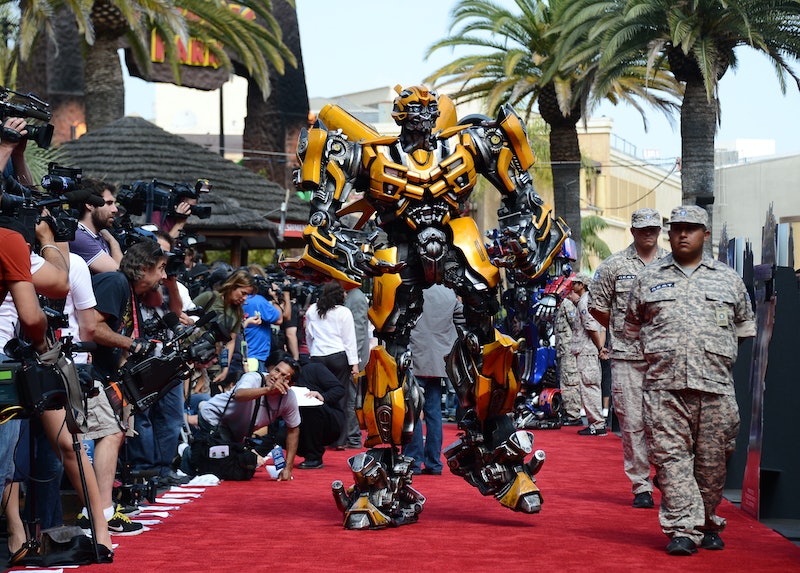 Transformers fans everywhere, gather! Yes, I'm speaking to all twelve of you! The Hollywood rumor mill has churned out another golden nugget of information as Hasbro's CEO Brian Goldner hinted Friday that there might be a Transformers sequel focusing on the Autobot Bumblebee in the works. Though Goldner didn't confirm the sequel for sure, it certainly did get our hopes up and here are 6 reasons why a Bumblebee Transformers sequel needs to happen.

I know what you're thinking. Does the world really need another Transformers film? Haven't we reached our limit of Michael Bay films that we can withstand in a lifetime? The answer to those questions are "hell no" and "yes," respectively. But as is the case with most movie franchises that should've died a long time ago, the more that we resist them, the more sequels they seem to put out (I'm looking at you, Fast and Furious).

So with this news, I have decided to go a different route with this franchise and just embrace the inevitable. You know and I know that we have not seen the last of the Transformers franchise and so I will be attempting to look at the bright side. So, here are 6 reasons that a Bumblebee sequel should happen (and I only came up with 6 because you can only ask so much of me).

Bumblebee Was the Most Dynamic Character from the Original Transformers

Yes, the robot was more likable than Shia Labeouf.

Bumblee Transformed Into the Dopest Car

If I were to predict which sports car I'd buy during my mid-life crisis, I'd choose a yellow 1975 Camaro.

Bumblebee Has a Hilarious Motto

I'm just smiling imagining all the psyched little boys and girls getting tiny Bumblebee toys in their Happy Meals and pitching tantrums in the aisles of Toys R Us to manipulate their weathered parents into buying them a new Bumblebee transformer.

But then again, grass growing would probably seem exciting with that music behind it.

Bumblebee Is the Only Transformer That I Know