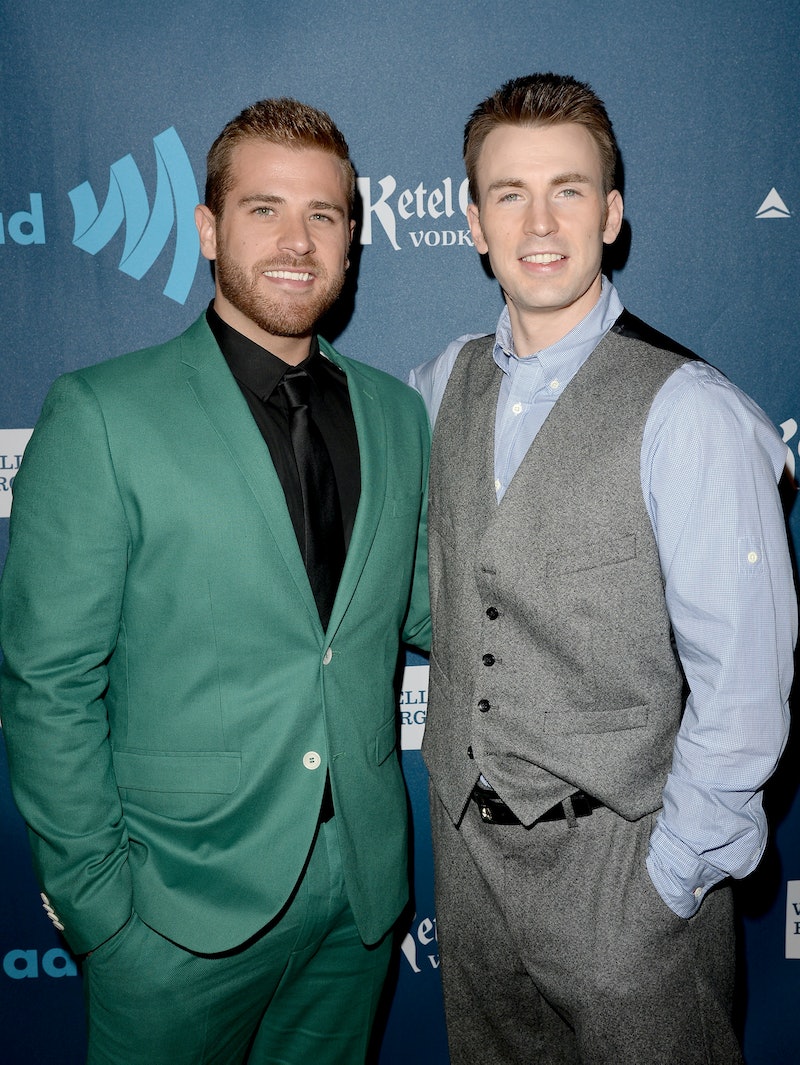 If you've been looking to follow a pair of famous brothers, might I recommend Chris Evans and Scott Evans? Not only can these two act, but they also possess the musical gene. That's right, Chris Evans and Scott Evans can sing, which was proven in a video shared by Scott on both Instagram and YouTube on Tuesday. Last weekend, the brothers filmed themselves singing a duet, and it's as magical as it sounds. Scott was in charge of the lead vocals, while Chris sat at the piano (he also sings), and a cover of James Taylor's "Fire and Rain" came to life.

I guess this pretty much proves the two brothers can do it all — even when Chris Evans doesn't have a beard or isn't saving the world as Captain America. Apparently, Chris didn't know Scott would share the video, as Scott captioned it: "I decided to embarrass my brother further and show he and I goofin' around last weekend. :)" Your fans thank you for it.

As you can see in the video, both brothers have lovely voices. And who knew Chris could play the piano so well? Granted, the two flub the lyrics a bit, but, hey, that makes their duet that much better and even more swoon-worthy. If you're finding yourself struggling this Hump Day, then maybe Chris and Scott's duet will help. Check it out.