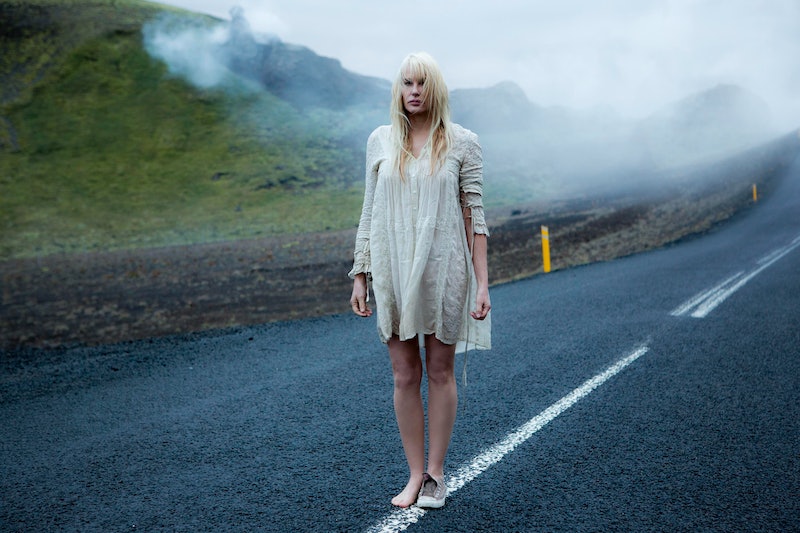 Have you cleared your entire weekend schedule to marathon Netflix's newest show, Sense8 ? It comes to us from the Wachowski siblings, Andy and Lana, and if you know their prior work (The Matrix, Cloud Atlas), you know what you're getting into with Sense8. It has lots of intersecting storylines, twice as many characters as most shows, and yes, a rave scene in the first 20 minutes. It's also got Daryl Hannah giving "birth" to brand new "sensates," who then get a glimpse into how she died. Have I completely lost you yet? Hope not. The Sense8 premiere, "Limbic Resonance," sets up the characters we'll come to know over its freshman season. Though the show stars out really confusing — hey, I'm just being honest — here's why you should keep watching Sense8.

Like a lot of shows over recent years, all the characters in Sense8 are connected. They're not just connected solely by their intersecting storylines, but rather through the fact that these characters are all literally connected. Like, they're seeing and hearing things happening to the others all around the world. At one point, the cop, Will, turns on his car's sirens in Chicago, and Wolfgang, in Germany, can hear them softly off in the distance. Wolfgang is also trying to crack an uncrackable safe, so the sirens momentarily freak him out. How and why this stuff is happening to these guys, we don't know as of the first episode, but it has something to do with Daryl Hannah's Angelica/Angel.

She's some mysterious human, who we meet as she's having one trippy connection that links her to good guy (probably?) Jonas (Naveen Andrews), and bad guy (maybe?) Mr. Whispers (Terrance Mann). Mr. Whispers' sensate is hunting her, and Jonas' sensate is trying to save her. At least, that's what it appears to be. However, I've seen one too many shows where good/bad lines are established way too early on, and they turn out to be the opposite. It also sounds like Angel's been in this hunted position before, but this time she actually pulls the trigger, setting off a brand new sensate connection for all the other new sensates around the world. There are eight new sensates in total. Sensate? Sense8? Get it?

More importantly, are you confused yet? It's OK if you say yes. The confusion is probably intentional, so don't let it stop you from watching. Netflix and the Wachowski are probably betting on us watching it all in one sitting (or, at least over the weekend) so questions are likely to be quickly answered, whether by the end of each episode, or at least the finale. The characters are at least compelling enough to keep me watching for now. It's like The Matrix (obviously), plus Crash, plus Lost, plus FlashForward (but I think I'm the only one who even watched FlashForward). It's a lot to take in. But yet, I still wanted more.

One of the final montages of the premiere brings a few of these characters together, to stare at one another strangely, almost like they're seeing ghosts. Is this real, is this not real? They're not sure themselves. They do know one thing, and it's that they've discovered where Angel killed herself in an old abandoned church. There's no blood, and as Will's cop partner asks, "Maybe she only shot herself in the fifth dimension," I want to yell that that's a little too on the nose for this. Then again, I need to see this sensate fifth dimension, where all of their consciousnesses meet and interact. What happens when they come face to face for real for the first time? Wanting answers for the confusing questions is what's going to keep me watching.

So now, let me get back to my Sense8 marathon, and hopefully I'll be able to figure this whole thing out. At least, as much as anyone can figure out a Wachowski project.

More like this
Here’s The True Story Behind 'A League Of Their Own'
By Morgan Leigh Davies
Watch The Trailer For Netflix’s Edgy New Comedy 'FAKES'
By Brad Witter
Does 'Locke & Key’s Ending Mean There Could Be A Season 4?
By Sophia Moore
Everything To Know About 'Loot' Season 2
By Kadin Burnett
Get Even More From Bustle — Sign Up For The Newsletter