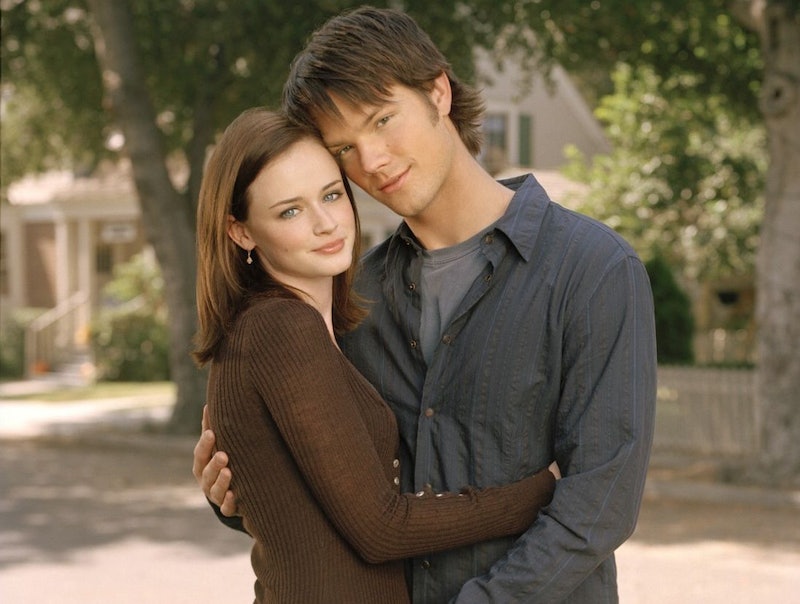 While Gilmore Girls fans can all agree that the show is amazing, there's something that causes quite a rift among them... I'm referencing the ever-present dilemma about which guy was right for Rory Gilmore. During a recent Reddit AMA, Matt Czuchry (aka Logan Huntzberger) revealed he thought Rory being independent was best, but if he had to choose, he'd pick Logan. And at this weekend's Gilmore Girls reunion at ATX Festival, the rest of Rory's former love interests weighed in on the epic question: Team Dean, Team Jess, or Team Logan? Jared Padalecki, aka Dean Forester, responded in a surprising way by telling Us Weekly:

WHAT? Really?! He didn't even support his own character? Sure, Rory and Jess matched on a literary level and brought out the best in each other, but... OK, wait, that actually sounds great! I guess I'm just a #TeamDean loyalist. Luckily, Milo Ventimiglia (who played bad boy Jess Mariano) was actually rooting for his character's rival — just like me. He says,

I've been vocal about being team Dean, so maybe she should have gone way back around to the very beginning. That would have been nice.

During the panel, Ventimiglia blurted out, "Logan was a dick." Jeez, tell us how you really feel! At least Czuchry had no hard feelings and admitted to being Team Jess himself. (Which contradicts his previous answer of being Team Logan, but I guess you can have more than one favorite...)

Meanwhile, Rory herself (wonderful actress Alexis Bledel) told the crowd, "It’s unfair picking one. They’re all such wonderful actors." I appreciate Bledel's diplomacy. But there was someone who gave the opposite — and the greatest —response: Scott Patterson, who played everybody's favorite diner owner Luke. He joked, "None of you were good enough for Rory." Gotta love that he's as protective of Rory in real life as Luke was on the show!

Since it's a bit confusing that all of Rory's main guys were rooting for each other (instead of themselves), I made this handy graphic: