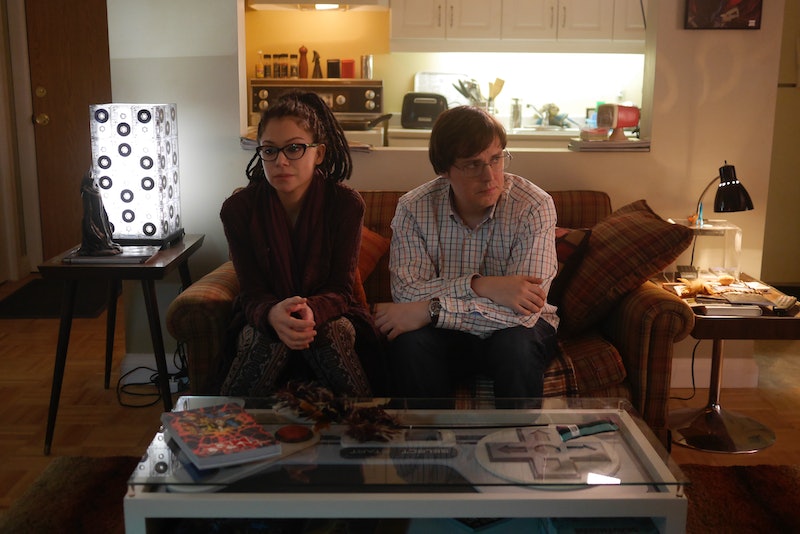 During Sunday's panel, Orphan Black fans were instructed not to rest easy at the show's Austin Television Festival screening. After a group viewing of the episode "Ruthless in Purpose, and Insidious in Method," co-creator Graeme Manson and Kristrian Bruun (Donnie, aka Mr. Alison Hendrix) took the stage to strike fear into the hearts of the Clone Club. "No one is safe," Manson cautioned when asked about science-y clone Cosima's worrying health woes.

There are only two episodes left in Orphan Black's third season, and Manson promised that everything would come to a head in terms of furtive Projects CASTOR and LEDA. He also pledged that fans would learn the identity of the mole within LEDA "very soon." Paul's dying heroism aside (RIP Paul, you were hot and also very noble. Respect.), the embers of Project CASTOR are still burning and Dr. Coady can't be so easily dissuaded from her mission. "I would be very worried," the showrunner insisted, and OK, thanks, I am.

Aside from the confirmation that my constant state of Clone Club anxiety is very much warranted, the panel also revealed some other Orphan Black behind-the-scenes goodies.

The Orphan Black and finally is coming in hot, Clone Club! And after this panel, I don't think we're at all ready for it.