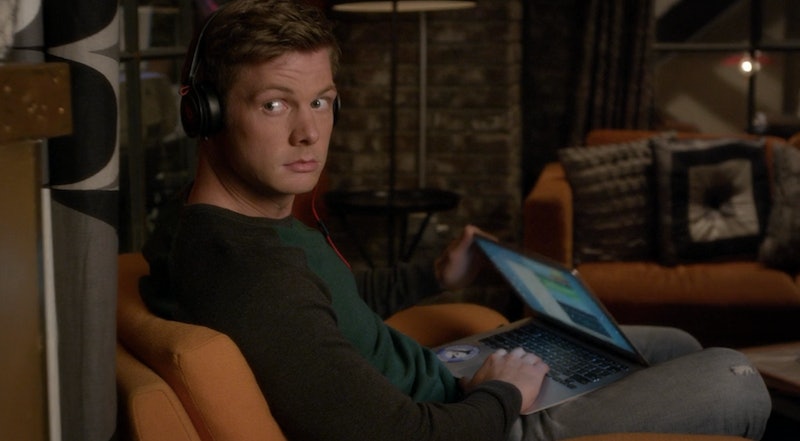 Well, there's one thing we know for sure after tonight's Pretty Little Liars — Andrew isn't Charles. In fact, Andrew might be totally innocent, considering that, on Tuesday night's episode "Songs of Innocence," Andrew got arrested on Pretty Little Liars . So, his time on the run and at the top of the Rosewood P.D.'s most wanted list really didn't last that long. What does that mean for Season 6 and and of the questions the Season 6 premiere left us with? Well, for starters, it would appear that it's extremely likely that Andrew is totally innocent, even if Aria lied through her teeth to peg him for Charles' crimes.

We're all true PLL fans here, so you don't need me to tell you that Andrew really can't be Charles. The answer just isn't that simple — especially after five seasons of running around in circles trying to put together the clues to the A mystery. And, thankfully, I'm not the only one questioning the Rosewood P.D.'s decision to drag Andrew in and essentially put all of their eggs in one basket. Sara Harvey — yes, you remember her now — isn't entirely convinced that the Liars are right i assuming that Andrew's arrest is the solution to all of the terror and trauma they've endured.

I'm more inclined to trust Sara's instincts over anyone else's — I mean, she spent the most time in Charles' dollhouse and in close proximity to him out of anyone. If she's questioning this, we all should be. However, it's easy to understand why Aria lied to the police and said she'd seen Andrew in the bunker — the Liars need closure and identifying Andrew as Charles will provide them some comfort, even though it isn't true. I'm not about to say that Andrew is totally and completely innocent — mostly because I still think it's super weird that he had tapped the Hastings' phone lines — but he definitely didn't force the Liars to torture one another in the Dollhouse. Andrew's not the sadistic kingpin in this drama, he's just another pawn in Charles' big "game."

For more on "Songs of Innocence," check out Bustle's PLL podcast below.