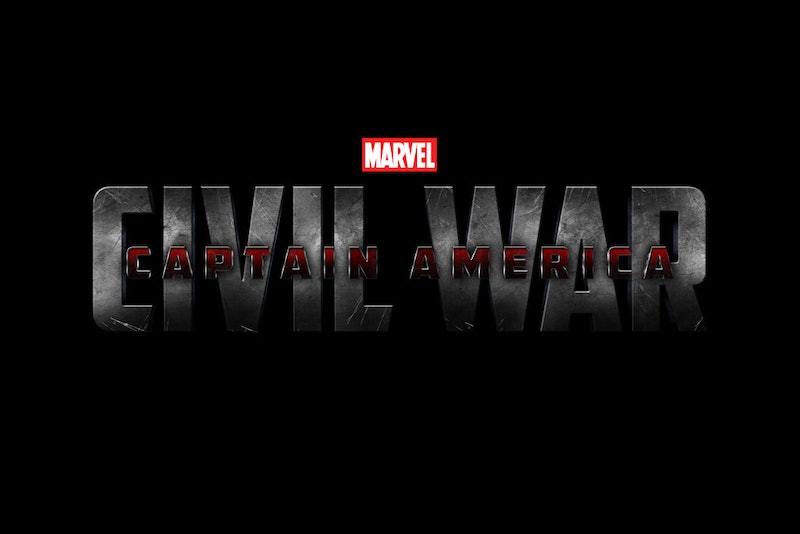 The more news we hear about Captain America: Civil War, the Marvel Cinematic Universe's next entry following July's Ant-Man, the less it sounds like a Captain America sequel and the more it sounds like Avengers 2.5. When the official cast list for Captain America: Civil War was released last month, it seemed as though every MCU character and their mothers were all included, from our original cadre of heroes to Winter Soldier's supporting players, and from newly-inducted team members to franchise newcomers. That's a lot to keep track of. Thank goodness we finally have some scoop that allegedly reveals what Black Panther will be up to in Civil War (his MCU debut), as well as interesting info on some of the conflict's other key figures.

Amazingly, there are somehow still a few big names absent from Civil War's roster (most notably Samuel L. Jackson's Nick Fury, and also Thor and the Hulk). But while we all collectively scratch our heads wondering how a film centered around S.H.I.E.L.D.'s implementation of the Superhero Registration Act can exist without S.H.I.E.L.D.'s commander, JoBlo.com has helpfully released some exclusive details focusing on the film's supporting cast. Curious how T'challa will be introduced before his own solo film in 2018? Excited for a big scoop on Marvel's tiniest hero, Ant-Man? Read on.

(Obviously, some of this could be considered spoiler-y. If you don't want to know anything about Civil War before you see it, then... why the heck are you still reading this?)

How will directors Joe & Anthony Russo fold Black Panther seamlessly into the MCU? According to JoBlo, when introduced, T'challa will be "on a mission of his own that has nothing to do with the Rogers/Stark squabble." Of course, he'll quickly be drawn into the middle of the conflict and forced to choose sides. So which Avenger does he throw his chips in with? "It appears that Black Panther will stand more on the side of Stark than Rogers (at least in the beginning)," which is good news for Iron Man, since T'challa's suit is made of Vibranium, the same material that comprises Cap's shield. (As revealed in this summer's Age of Ultron, Vibranium can only be found in Wakanda, the fictional African country where T'challa hails from.)

This makes Black Panther a valuable ally for Iron Man in his war against Captain America: "In the showdown between Cap and Panther, we'll see him scratching Cap's shield easily and his prowess will prove to be a viable threat to Rogers."

JoBlo has confirmed that Civil War will be utilizing Lang's second alter-ego: Giant-Man. This super-sized superhero will be joining the fight on Captain America's side. "You can expect to see Ant-Man take on his Giant-Man form (about 15-20 ft. height) and square off against Iron Man and his team," the website reveals. But don't worry; you'll also see some miniaturized action from Lang: "We'll also see Ant-Man standing on one of Hawkeye's arrows, ready to be launched. Very cool."

Falcon has a long and storied tradition on the page, which has led many comic book fans to wonder... Would the MCU ever introduce Falcon's avian companion, Redwing? For those unfamiliar with the name, Redwing is a literal falcon sidekick whom Wilson controls through a telepathic link. Well, good news and bad news, folks: Civil War will indeed feature Redwing — but in a drastically different form.

"Redwing will be a robotic drone, obviously 'linked' to [Wilson], but not quite telepathically. The 'bird' will be red in color and will resemble a cooler, modified MCU-like 'bird' drone." While this may be disappointing to some, I trust Marvel to make this iteration of Redwing as cool as possible in the context of their relatively grounded cinematic universe. JoBlo also had some details on Falcon's new costume, which will apparently feature both "wrist lasers" and "grappling hooks."

The rest of the Captain America spoilers mostly concern costume upgrades and changes that appeal to the most diehard of comic book nerds, but it's clear from these potential plot details that this movie is going to be a gamechanger — not just for the MCU but for the characters we are going to meet, and the ones we have grown to love. May 6, 2016 can't come soon enough.