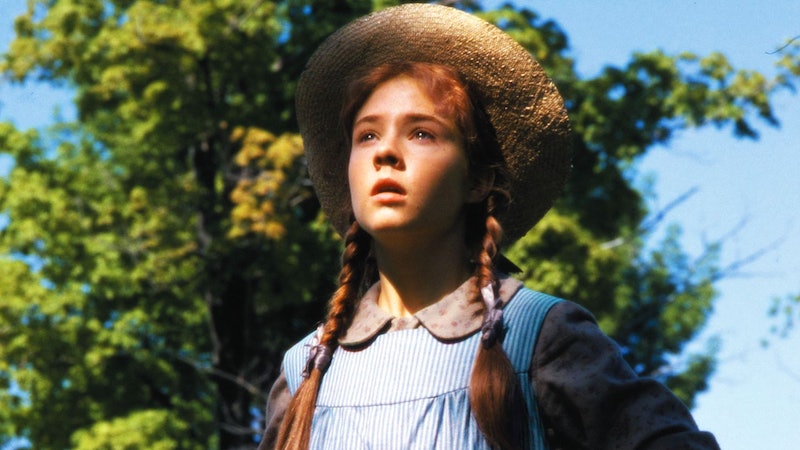 When I was 10, my 3rd grade teacher put a copy of Anne of Green Gables in my hand and said, “I’ve been reading these. She’s just like you.” She was right, and now — 15 years later — I can say I’m proud to be an Anne with an E. Maybe you can relate!

Anne of Green Gables and its numerous sequels are still insanely popular today, and with such good reason, right? Lucy Maud Montgomery’s plucky heroine is such an inspiration to little girls worldwide (biggest understatement ever, I know). It’s no surprise, really. Although Anne Shirley could be dramatic, she was never pretentious, and was always just the right amount of ridiculous. Both her righteous indignation and her enthusiasm for poetic ballads were infectious, and I — like many little girls in the last century — found her to be the kindred spirit I needed growing up.

It isn’t just Anne’s characterization that has kept her in print, however. You know as well as I do that Anne of Green Gables is a Bildungsroman of a rare type, and this is why it's endured how it has. Anne Shirley's ups and downs have taught us how to get through the thorny territory of our own — Anne, we owe you one!

Anne was way ahead of her time. She was wholly original, with her own brands of feminism, religion, and success. By the time we left grade school, Anne of Green Gables had taught us the values we needed to become strong and independent women. In fact, we learned big life lessons from her... like these:

Never Let Anyone Else Define You

Anne Shirley endured so much torment over the years. As someone who has to spell her name whenever she introduces herself, I feel her pain — with an E — every time someone can't remember that, no, my name is not Kristen, nor is it pronounced that way. Whether you’re fighting a battle for the right pronouns or just want your damn name spelled correctly, you're in good company with Anne. She defined herself, insistently, and demanded that others respect her identity.

You Have the Right to Your Own Opinion

Anne never worried about the opinions of others, and she didn't believe in giving undue respect to others. Despite growing up in a predominantly Christian environment, Montgomery’s heroine wasn’t shy about airing her own — and very different — religious beliefs. She wasn't ashamed to not believe in God, and, when she had a change of heart, she owned it. When Mrs. Rachel Lynde or another adult spoke unkindly to her, she snapped back with equal bluntness and force. Anne was never afraid to buck the system, and she passed that same bravery on to us.

Take No Sh*t or Sexual Harassment

Everyone remembers when Anne Shirley broke her slate over Gilbert Blythe’s head, and we all know he had it coming. After all, he’d called her names and touched her without her permission. Not cool, man. Whether we realized it at the time or not, in this brief — but memorable — scene, Anne taught us all about sexual harassment and consent.

Maintain Your Dignity at All Times

When Anne’s boat sank during her recreation of “The Lady of Shalott,” she was left half-drowned and stranded to await rescue … from Gilbert Blythe. Ugh. Yet even though the situation was dire, she refused to allow him to see her as anything other than composed. While there’s nothing wrong with accepting help when you need it, Anne of Green Gables taught you the value of never letting 'em see you sweat.

Don’t Be Afraid to Show How Much You Love Something

Anne Shirley was truly a fangirl before her time. Let's be honest: hers is a Tumblr we'd all follow. Anne loved poetry to the extent that she memorized Tennyson and Noyes, in much the same way as collective fandoms memorize episode titles and scripts from Supernatural, Doctor Who, and Sherlock. Anne didn’t care if her peers didn’t appreciate poems as much as she did, and she taught us never to be afraid to let our geek flags fly.

Remember That It’s OK to Laugh at Yourself

We all have embarrassing moments we’d rather forget, like that time I threw up on a dog. Yeah. Thanks to Anne’s unfortunate hair dye incident, I'd already been there, done that. Trust me, it was still super-humiliating, but if Anne could get over accidental green hair, I could get over my stunning digestive pyrotechnics. Reading Anne of Green Gables didn’t prevent us from making mistakes, but it did teach us how to laugh them off and keep moving forward.

Hold on Tight to Your Bosom Friends

Whether you and your bestie have been friends since kindergarten, or it took you years to find her, reading all about Anne and Diana’s bosom friendship taught you to value the women who really get you. You know from experience — both yours and Anne’s — that true kindred spirits don’t come along every day, so hold on tight and never let them go. Some friends may still slip away from us, but we know the ones who really matter will always be there.

You’re Most Needed When Things Are Most Difficult

While there’s something to be said for doing you, you’re not always the most important person in the room. Anne put off her education to stay at home and support Marilla after tragedy struck, and Gilbert — yes, that Gilbert — gave Anne his teaching appointment to enable her to do so. Together, Anne and Gilbert taught you how to be selfless and stay strong for the ones who are struggling, even if it means making personal sacrifices.