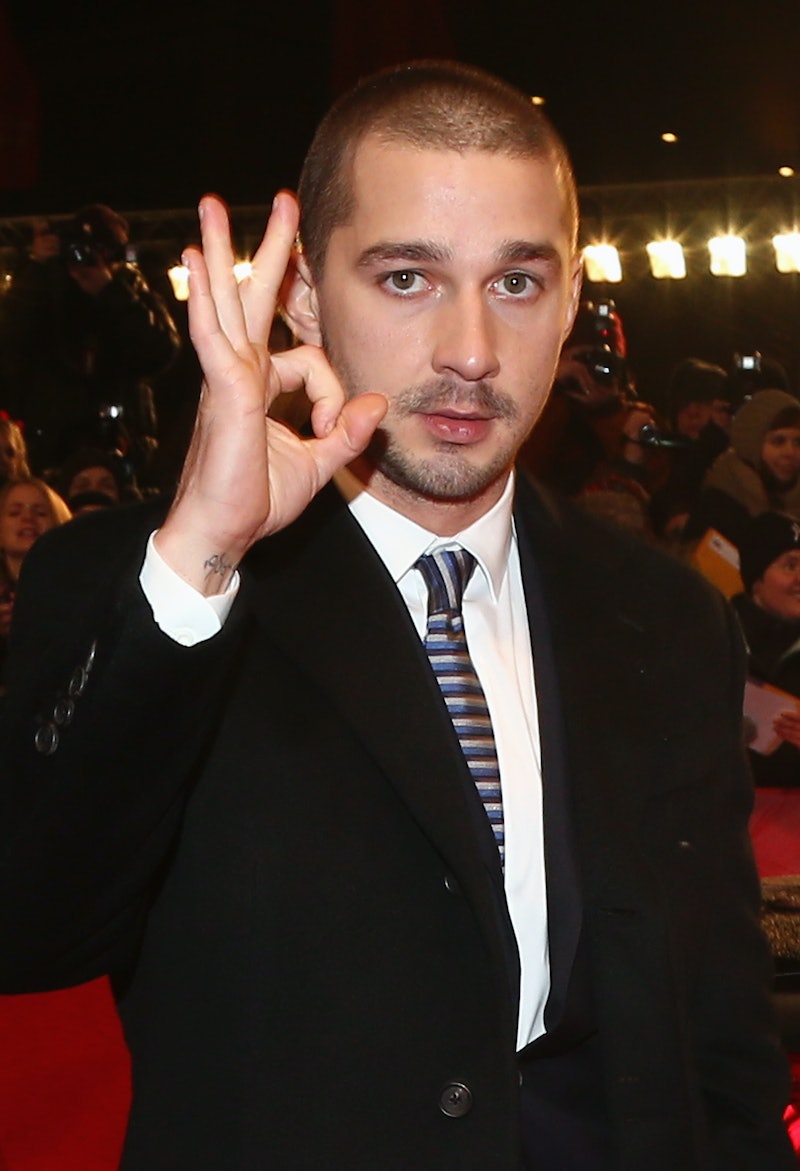 Oh Shia. Remember that time when he admitted to dropping acid in preparation for his role in Charlie Countryman? That movie with the bananagrams trailer that looks like it was born out of a surrealist journey to the grave by way of Eastern Europe? Yeeaaaahhhh... about that. Turns out that it wasn't acid that he needed to be dropping, it was some sort of crazy ecstasy you can only find in Bucharestian hostels. So yes, Shia LaBeouf dropped acid by accident. But hey, A+ for effort, man!

"In the script, it's Carpathian ecstasy, a special hostel ecstasy that exists in maybe just Bucharest," director Fredrik Bond explained. "So, Shia said he took acid? I didn't know he went out and said that," Bond said. "But it was always ecstasy in the script."

So Eager Beaver LaBeouf strikes again. Not that it's all that surprising, LaBeouf had previously expressed that he was willing to get down and dirty on the real-real (not for play-play) for Lars von Trier's erotic-tinged (putting it lightly) flick, Nymphomaniac. I guess that was just the natural progression of things, then. Sex is a gateway drug...to real drugs.

"I'd never done acid before," he said. "I remember sending [costar Evan Rachel Wood] tapes. I remember trying to conjure this, and sending tapes. And Evan being like, 'That's good, but that's not, but this is, but that ain't.'"

"I just try to influence myself as much as possible," LaBeouf stated, going on to explain that his own inner fear is what drives him forward in the way he performs. And certainly putting yourself under the influence is one way to achieve that!

But seriously, LaBeouf, if you want to use drugs you don't have to use going method as an excuse. You could just skulk around in dark corners, go to Coachella, veg out in your friend's living room, or drive out to the woods, or hide away in a warehouse party like the rest of the world's stellar life decision makers. No need to be shy about it!

Unless that was his cover all along — in which case...we see what you did there. Just, whatever you do, don't do a movie about bath salts, OK?

More like this
Why The '365 Days' Sex Scenes Are Good, Even If The Movies Aren’t
By Arya Roshanian
Long Live Bennifer!
By Allie Jones
The 'Hocus Pocus' Sequel Finally Has A Release Date & It Makes Total Sense
By Shannon Barbour and Radhika Menon
Watch The Dramatic First Trailer For Netflix's Jennifer Lopez Documentary
By Alyssa Lapid
Get Even More From Bustle — Sign Up For The Newsletter