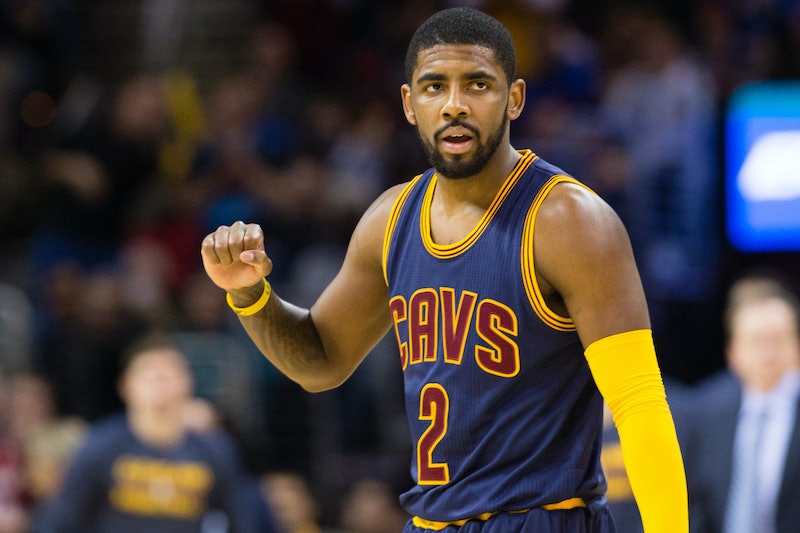 He may be a super tough NBA star, but he’s definitely got a soft spot for ‘90s sitcoms, or at least one ‘90s sitcom in particular — and arguably the best one at that. Kyrie Irving has a Friends tattoo because obviously he’s a die-hard fan. I mean come on — he wouldn’t have a tattoo of the logo if he wasn’t, right?

When it comes to TV, Irving has good taste. Very good taste, indeed. I couldn’t be more excited that he has a tattoo like this, for a couple of reasons. Firstly, it’s Friends, the greatest sitcom of all time (or at least of the '90s). Secondly, it's so ironic. Honestly, of all people, who would have guessed that Kyrie freaking Irving would have something like this forever etched in his skin? Pretty great stuff, if you ask me.

And the final reason: there are so many jokes that I can think of. I mean, I just imagine LeBron James passing him the ball and singing, “I’ll be there for you…” It really is the perfect teammate anthem, don’t you think? Now all that's left is to imagine whether Irving identifies as a Monica, a Rachel, a Chandler, a Joey, a Ross, or a Phoebe.

Now, take a look at the greatest tattoo you’ll ever see:

And for all of the Irving/ Friends fans (aren’t they one in the same by now), here’s a little something for your enjoyment: