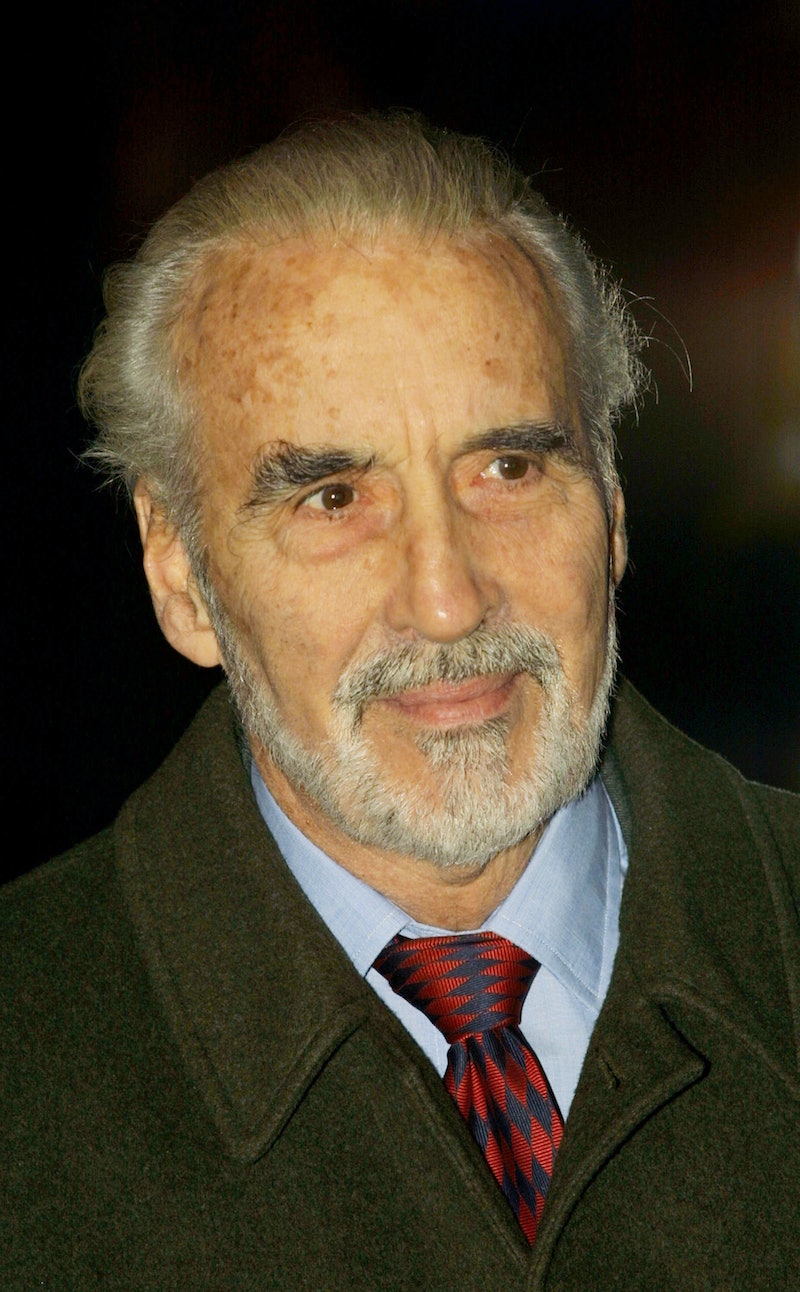 Fans and fellow celebrities alike were stunned and saddened by the news that actor Christopher Lee had passed away on Sunday, June 7 at the age of 93. He had been admitted to a London hospital shortly prior to his death with respiratory problems and heart failure, and while his wife chose to keep the news private until Lee's entire family had been notified, the outpouring of love and support has been overwhelming and vocal. Those who worked with Lee on The Lord of The Rings and The Hobbit were particularly affected by the loss, and reached out via Twitter to express their sadness and condolences.

Lee was an incredible actor with over 280 films and TV shows under his belt during a career that spanned nearly 70 years. However, it's his later work in J.R. Tolkien's fantasy series that endeared him to a new generation of film-going audiences, as well as introduced him to some of the actors who carry his legacy forward to this very day. Co-stars from the franchise including Elijah Wood and Dominic Monaghan posted touching tributes via social networking after the news was revealed, and it seriously made me a little teary-eyed to read them.

It's clear from the tributes that continue to pour in via Twitter that Lee's career and who he was as a man have deeply moved not only those who knew him personally, but anyone who ever encountered his work in the more than half a century he was part of the business. To manage to carve a niche for yourself in Hollywood is no easy feat, but to have such longevity in such an amazing variety of projects speaks volumes to Lee's tenacity and moreso, to his talent. It's only natural that the loss of such an incredible presence would be mourned.

Lee lived a wonderfully rich life personally, as well as professionally, and any one of us who have seen any of his films were lucky to have experienced his gift. Perhaps the best tribute we can give now is to rewatch and enjoy his work, as he gave it everything he had.

More like this
Olivia Rodrigo’s Song Dedication To 5 SCOTUS Justices Sent A Strong Message
By Grace Wehniainen
What Is Miles Teller's Net Worth? How The 'Top Gun: Maverick' Star Made His Millions
By Meg Walters
Jurnee Smollett’s Heart Is Healing
By Rebecca Carroll
Kimberly J. Brown & Daniel Kountz Looked Back On Their ‘Halloweentown’ Romance
By Stephanie Topacio Long
Get Even More From Bustle — Sign Up For The Newsletter