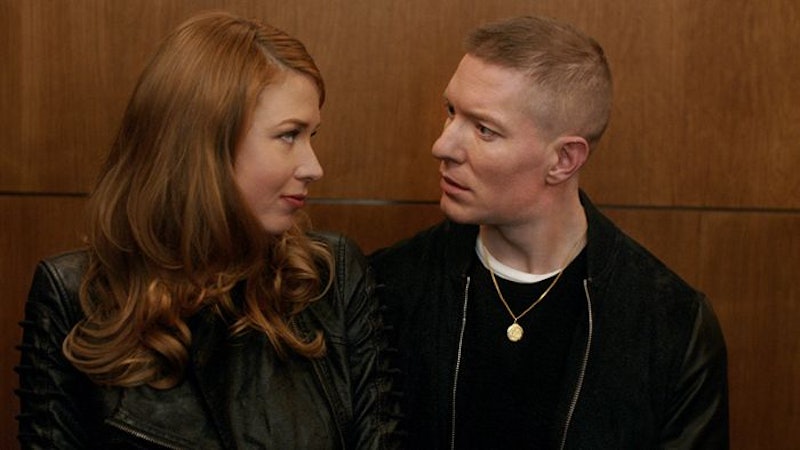 I really wanted to like Holly, I swear I did. When she came onto the scene in Power on Starz, it was clear she was either going to be the best thing that ever happened to Tommy or the worst. Working in the club she was a tough, take no prisoners server who didn't fall for any on Tommy's lines. She seemed fun she didn't want to be a kept woman, all cool things. Then the warning signs flared up: stealing from Tasha (worst idea ever), screaming at Tommy about secrets, and then finally running her mouth to Ghost in the club, talking about the drug deals she wasn't supposed to know anything about. Getting shot sidelined her for a while, but she is back and more unstable than ever in Saturday's episode called "No Friends on the Street." You can tell by her tense attitude and easy manipulation of Tommy that Holly is a threat on Power, and could ruin Tommy and Ghost's drug empire.

Maybe that seems melodramatic, but let's take a look at her conversation with Tasha. Both women were on their best behavior, playing so nice as Tasha brought food over to Tommy's place. But it was crystal clear that neither woman liked one another, for all of Tasha's talk of putting things behind them (like the earrings) she looked at Holly like a dangerous bug. Holly circled Tasha in the same way and if Tasha was trying to make a peace offering, it did not hit home.

In no time at all Holly pushed Tommy to tell her the truth of how she got shot, and accused him of wanting to leave her. It looks like he is completely blind to her drama, expect when she implicates that Ghost tried to hurt her. She's trying to drive a wedge between Ghost and Tommy and that is something neither one of them can afford right now as they try and get the club and the drug game back up and running.

I'm hoping Tommy figures out her game and quick, because she no knows enough to take down their whole operation without breaking a sweat or putting down her wine glass.