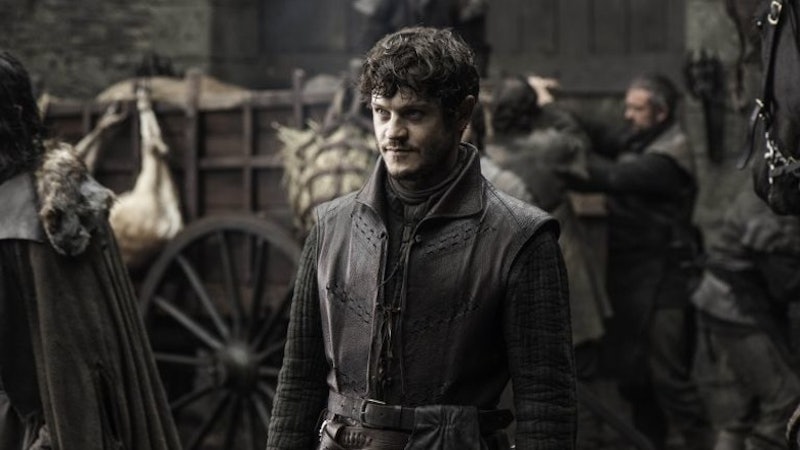 I can't believe it's already time for the Game of Thrones Season 5 finale, but here we are. With only one episode left before another interminable hiatus, we're likely in for a whole lot of action in the final hour — and possibly some death, as well. After all, the HBO series has been brutal about killing off some of its biggest and most beloved characters without much of a second thought, and something tells me we're due for another big loss or two before all is said and done for the season. Could the show throw us off and keep everyone alive a while longer? Sure, I guess anything is possible — but I think you know as well as I do that it's pretty doubtful.

Who should be the one to go is a matter of conjecture, I suppose, and it depends on which characters you love and hate. Of course, there are a few we can likely all agree on, and we can't just go offing people willy-nilly, especially when they're integral to storylines that need to be pushed forward. Whatever ends up happening during GoT's Season 5 finale, I've got my own ideas about who needs to go, and I'm about to rank them for you, from "GTFO" to "Don't you dare!"

Is there a single soul among us who wouldn't want to see Ramsay die a long and extremely painful death? He's sick and sadistic and pretty much tortures everyone he comes in contact with. No good can come of Ramsay's continued presence in Winterfell and in the Game of Thrones universe in general, and I'd love nothing more than for him to be gone, by whatever means necessary. I don't think anyone else would miss him, either.

I've never really understood Melisdanre's point, other than to play the femme fatale. I'm not exactly sure what it is she wants. Sure, she wants Stannis Baratheon to take the Iron Throne... but why, exactly? It makes no sense. Also, she's a horrible person. She's gotta go sometime soon, right?

Jorah used to be okay, but he's gotten a bit pathetic lately. After Daenerys found out he was betraying her, he's been on his Tour of Attrition and it's been painful to watch. How much longer is he going to mope about, trying to prove his love? And even if he succeeds, what then? We know he's got greyscale, so it might be time to say goodbye to Jorah at some point.

Stannis has grand plans, but he hasn't got the resources to actually bring them to fruition. Also, he's likely beyond redemption now that he burned his own daughter alive because his girlfriend said he should. What's wrong with him? Everything. Bye bye, Stannis.

Everyone's been speculating about Jon Snow's death for a while now, but so far, it hasn't happened. Frankly, I think it's unlikely that HBO would sacrifice its series hunk, at least not just yet. Honestly, the whole Night's Watch situation is kinda boring to me (though I did like the big battle with the White Walkers), so I can take or leave Jon Snow, but I hope he stays around for those of you who love him.

Arya probably doesn't even really need to be on this list because they wouldn't DARE kill her off (or would they?), but she is in some pretty hot water with the Faceless Men if she doesn't hurry up and get to assassinating Meryn Trant, and quickly. Losing Arya would be a major blow to the show, however, so I refuse to even entertain the thought of this anymore.

Another "They wouldn't dare!" situation here. Frankly, SHE needs to kill Ramsay, but if that plan were to go awry and the tables were turned, Sansa could lose her life. I mean, anything's possible, but I wouldn't bank on it and I don't even want to consider it. I have my hopes too high for Sansa. I will not allow them to be dashed!

Cersei probably wishes she were dead right about now, particularly considering she's about to be stripped (literally and figuratively) for her March of Shame. However, she's one of my favorite characters on the show and I seriously would be so mad if something happened to her at this point. That's literally the only argument I have, but it's good enough, right?