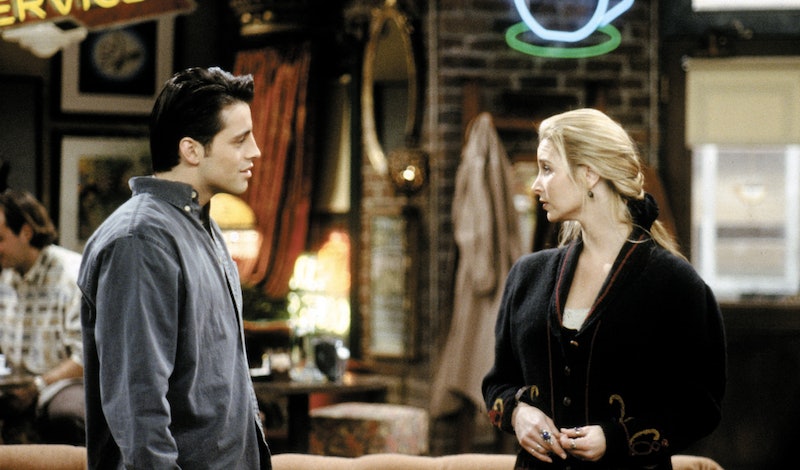 Friends was a show that was full to the brim with big personalities and bold characters. Part of the reason that Friends has endured the test of time is because it is so easy to fall in love with the characters. Who could resist loving Chandler, Monica, Joey, Phoebe, and Rachel (and even Ross)? Friends had more than just six great characters though. The secondary characters on Friends were just as important for their unique qualities and extra flavor they brought to the show. One such secondary character was Phoebe's twin sister. Ursula Buffay had some sassy moments on Friends , and, though she might not have been the greatest sister to Phoebe, I couldn't help but love her.

She was the antithesis of Phoebe, and Ursula's cold demeanor and bizarre behavior were strange enough to make even Phoebe's crazy antics feel normal. Lisa Kudrow played both Phoebe and Ursula Buffay, and, in those rare moments when we got to see both twins together, we got to experience, if just for a fleeting moment, pure happiness.

Ursula's offbeat, deadpan delivery of dialogue was hilarious when juxtaposed against Phoebe's always-on, positive attitude. Sadly, the Ursula moments were few and far between, so, in case you've forgotten them, check out this clip below that highlights a few of Ursula's funniest scenes (most of which, thankfully, also include Phoebe).

Then, when you’re done, take a trip with me down memory lane past Central Perk as we revisit all of Ursula's sassiest moments from Friends.

2. The One Where Ursula Knows About Their Mom in Montauk

In "The One With The Jellyfish," Phoebe discovers her birth mother lives in Montauk and rushes to tell her twin. Much to Phoebe's chagrin, Ursula has known this all along because she read their mother's suicide note (which Phoebe didn't know existed).

Phoebe is scared but psyched for her 30th birthday. She hops a mile on a hippity-hop for a bucket list of sorts and then brings her twin a hippity-hop as a surprise birthday gift (you know, "for the girl inside you... and the woman.") Then Ursula informs her that it's not their 30th birthday; they're actually both 31. Ursula's always holding all the cards.

4. The One With Ursula and Joey

In a twisted set of twin events, Joey ends up falling for Ursula who, in a classic Ursula move, is totally just using him. In one of Ursula's least-likeable (but nonetheless hilarious) moments, Ursula's "relationship" with Joey becomes a wedge in Joey and Phoebe's friendship. It's not 'til Phoebe personally has to deliver the bad news of the breakup with Ursula to Joey that Joey is released from Ursula's spell.

5. The One With Ursula's Stalker

Ursula's character is truly unique for her ability to get men on her hook and then cast them aside without a second thought. Ursula did just that with Malcolm, the well-meaning but slightly creepy stalker who accidentally follows Phoebe one day by mistake. Malcolm and Phoebe date for a bit, but it gets to be too much for Phoebe when she learns the extent of his sister stalking ways.

6. The One Where Ursula is Engaged to Sean Penn

In "The One With The Halloween Party," Ursula brings her fiancé, Eric (played by Sean Penn), to Monica and Chandler's Halloween party (the one with Chandler's big pink bunny costume). Phoebe is appalled to find out all the lies Ursula has told Eric and ultimately intervenes so Eric can find out the truth. Phoebe and Eric begin to date in "The One With The Stain," but quickly break up after Ursula dupes Eric into having sex with her (and Eric, in a classic twin mixup, thinks that it's Phoebe). Ick.

OK, so maybe Ursula wasn't the best, but she certainly made for some great hijinks.