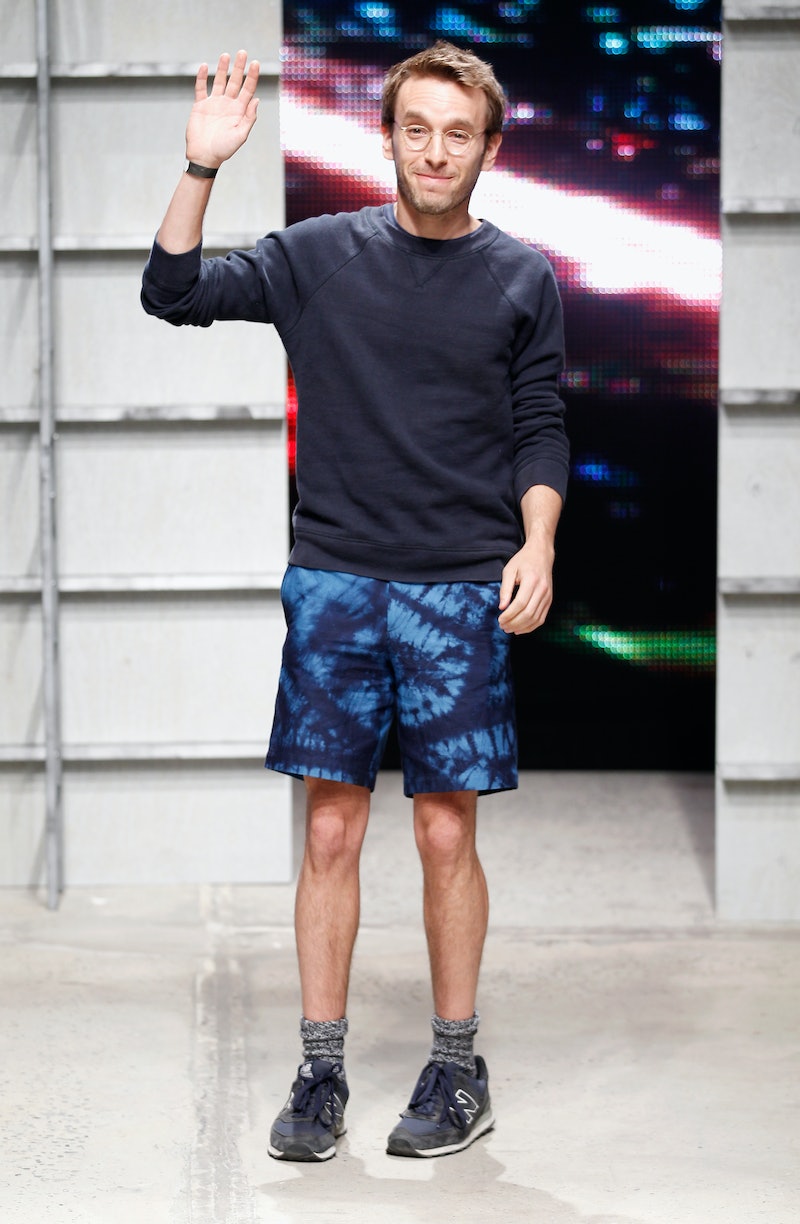 It's been three weeks since reports came out that the company has folded, but now Band of Outsiders founder Scott Sternberg announced he was leaving the brand via Instagram. His departure doesn't come as a complete surprise since the label has had some financial struggles in recent months, plus the news that former designer Joseph Pickman was hired by American Apparel to update its image. The startling part of Sternberg's farewell to Band of Outsiders was the video that he posted along with the following message:

The proverbial Fat Lady sings, at least for me and my time here at Band. I can't really comment on the future of the brand as that's out of my hands at this point, but I do want to say thanks to all of the Band fans out there who embraced and supported our brand and clothes over the years, and my employees and partners who dedicated so much energy and enthusiasm. The store should be open for at least another week so, like, go buy something cute. And enjoy it. That was the whole point of this thing after all.

The accompanying clip is of Mama Cass Elliot performing "New World Coming," a single that she released in 1970. Elliot was most famously known as a member of legendary singing group The Mamas & the Papas, but also had a significant solo career prior to her untimely death in 1974. Despite her success and status as a Rock and Roll Hall of Fame inductee, Eliot was also an artist who was often mocked for her weight, even after her death, so it was highly insensitive of Sternberg to begin his goodbye message with the words "the proverbial Fat Lady sings..." to preface the video. Even though his intent was to convey the song's message into the new chapter that he and Band of Outsiders are entering, Sternberg could have and should have been more careful with his choice of words and put a lot more thought into how his social media message affects everyone.

Perhaps Sternberg could use some of his time away from Band of Outsiders to learn from these body image positive websites.