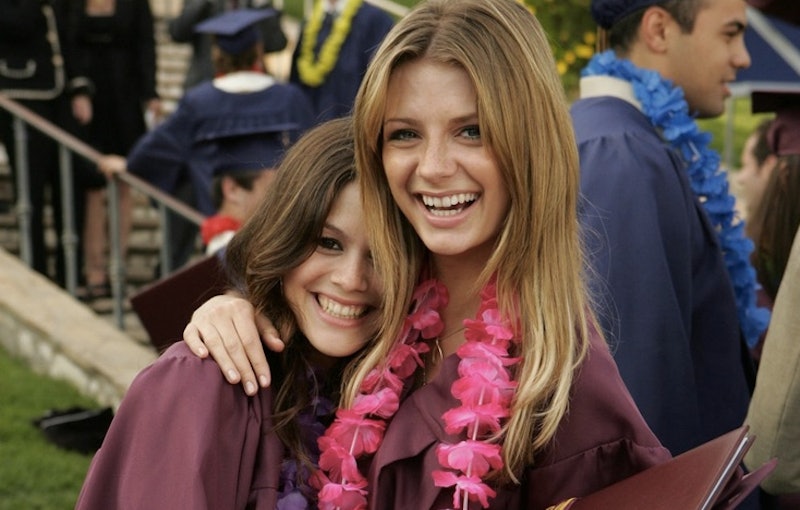 When we talk about relationships on The O.C., we tend to discuss Seth and Summer's epic romance, Ryan and Marissa's tragically short-lived love story, or even the bromance between Seth and Ryan. The pairing that seems to fall by the wayside is that of The O.C.' s ultimate best friend duo, Summer and Marissa. The popular Newport girls may have set the stage for Gossip Girl's Serena and Blair, but unlike that blonde and brunette duo, the relationship between Summer and Marissa was rock solid and ride-or-die. Until Coop's tragic death, they were the tightest of best buds, and it's about time that we start appreciating these Newport ladies for their best friendship, instead of letting their boyfriends hog the spotlight.

On the surface, Marissa and Summer were pretty similar: both were daughters of Newport's elite who loved to party. However, it was really their differences that made them great friends. Marissa helped re-navigate Summer when she was heading towards more shallow waters, while Summer picked Marissa up out of her notorious (though usually warranted) funks. The girls were the ying to one another's yang; the Prada to the other's Fendi. Here are the seven moments that proved Summer and Marissa were the ultimate O.C. BFF pairing.

1. When They Spoke The Same Language

Because only a best friend understands how you interpret Tolkien.

2. When They Said Exactly What The Other Didn't Want To

Because sometimes you need a BFF to lay down the real talk.

3. When They Had The Exact Same Game Plan

Moments like these are when you need a partner to cringe with.

4. When Summer Just Knew Something Was Up

Like, say, something with a certain other Atwood brother?

5. When They Stood Up For Each Other No Matter What

Because no one messes with Coop on Summer's watch.

6. When They Hit Every Milestone Together

And took amazing BFF photos to memorialize each one.

7. When They Knew Words Wouldn't Cut It

Sometimes you just need a serious cuddle sesh with your BFF to get you through the day... ideally while embarking on an O.C. marathon together.