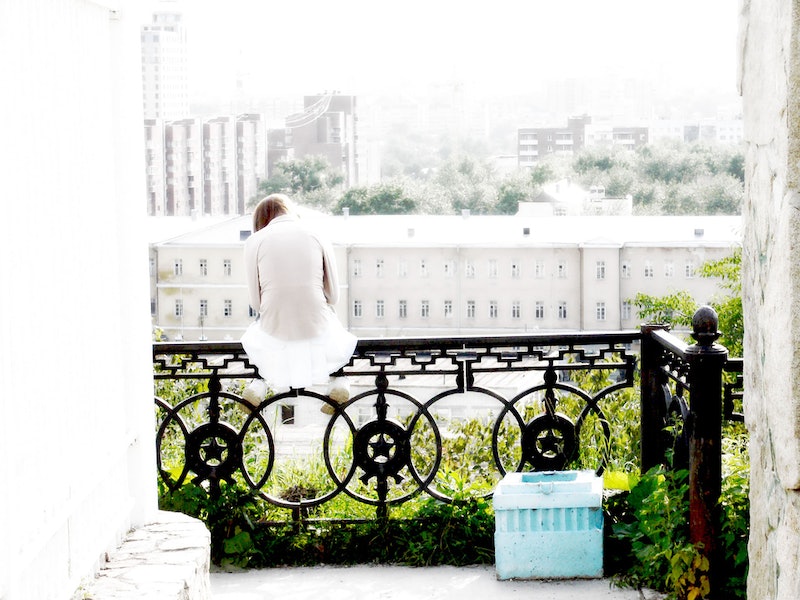 A breakup hurts badly. A breakup may result in puffy eyes, wine nights, and an ill-considered haircut. It makes you feel lost at sea, unmoored and aimless, no wind in the sails, no land-frickin’-ho.

A breakup has teeth. It mauls and crushes and pummels and consumes. A breakup sets you on fire from the inside out, brings you past the brink of anguish, and smolders indefinitely. It leaves you raw and peeling and blistered, and, eventually, charred.

My last breakup was a breakup. It happened a few years ago, and it marked the end of a six-ish year relationship (depending on a few chronological variants, though we both preferred to round up). It was my fault; it was his fault. We were too young and too far apart and too trapped in our own heads and too riddled with issues.

I’ve grieved deeply for our relationship and for him, as though he were dead and not just living his life without me, maybe with a new girlfriend or a job in my city. It was an ugly way to handle our split – cold turkey, no contact – but I couldn’t have survived it or stuck to it otherwise. (I envy people who can stay friends with their exes; divorced couples who meet bimonthly to hand off the kids. How?) As a consequence, I’m not afforded the privilege of knowing what he’s up to, where he is, if he liked House of Cards as much as I think he would, if he’s happy.

Time has been the asset my friends, mother, and therapist promised me it would be. It’s pushed me along, sometimes against my will, and forced me to face the years stretching ahead — too many years to spend in bed, mourning and ruminating and blaming myself. Time brought me to a wonderful new relationship, which I take one day at a time, and to a version of myself that I love and respect more than the former. And isn’t that what’s really at the core of all my mourning: the loss of not only my ex, but also the person I became while we were together?

Still, my breakup lingers. My ex has become something of a phantom limb, throbbing acutely when I drive long distances, listen to The Cure, and opt for a black-and-white cookie at my bodega. Though they’ve lessened in frequency, I have flashbacks — not dreams where we wound each other, over and over, though I have those, too, but actual waking flashbacks severe enough to make me question my mental stability. We did a number on me.

Now. How over it am I, actually? It’s true that I really miss my ex sometimes, and I don’t know if that’s something legitimately moved-on people do. But I’m definitely not not over it, either. Days are no longer miniature battles to be won, and the happiness and sense of fulfillment my new relationship brings are genuine.